The leading Eurosceptic Tim Martin is launching a beer mat campaign at his pub chain calling on Theresa May to walk away from the EU negotiations without an agreement. 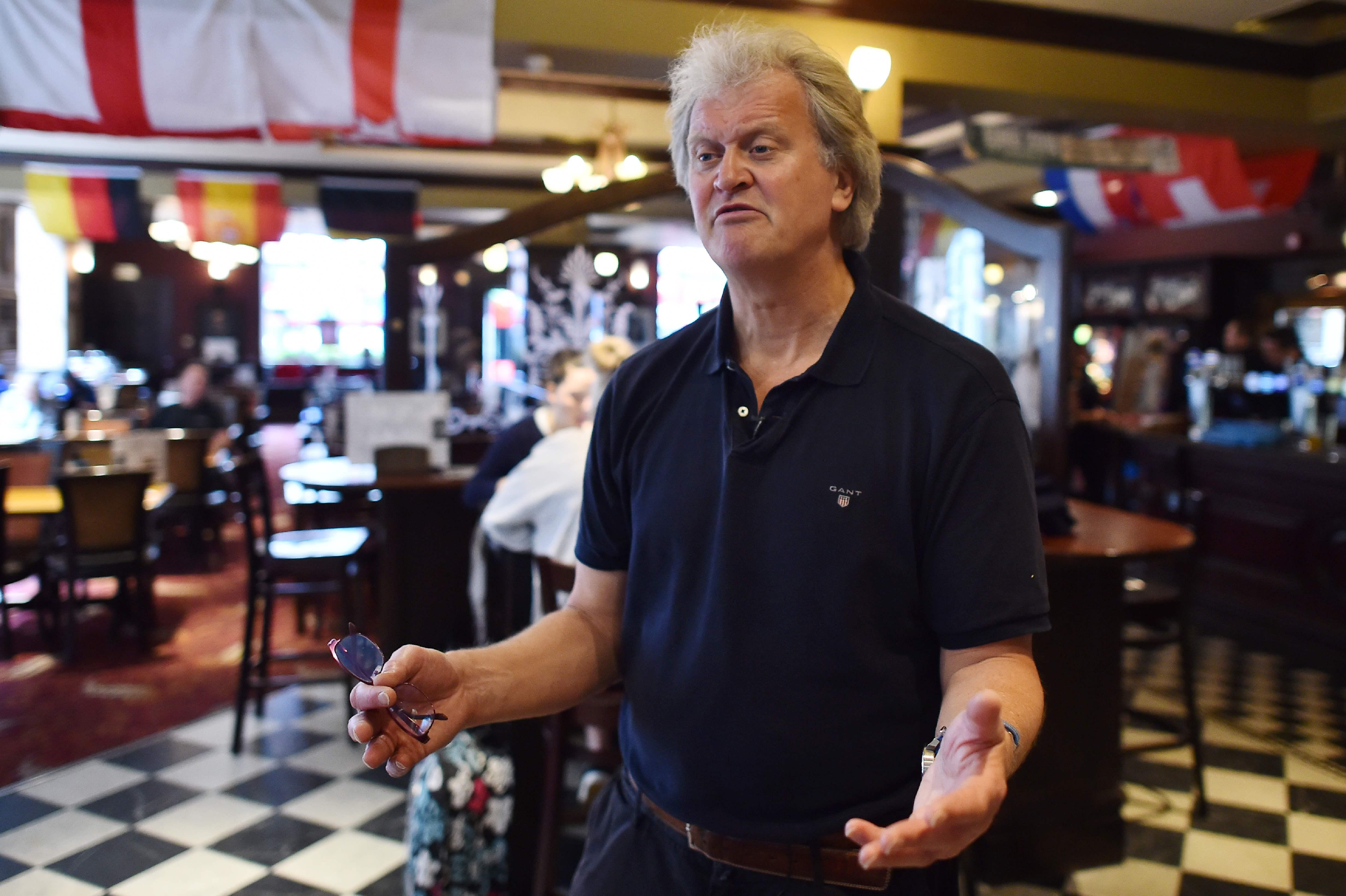 Around half a million of them will be distributed to 875 pubs, including a message to the three main political party leaders.

It says: "The vast majority of the public strongly objects to the crazy Government plan to pay £39billion to Brussels, with nothing in return."

Mr Martin said lawyers have stated there is no legal obligation for the UK to pay a so-called “divorce bill” on leaving the EU.

He said: "We are calling on the Government not to pay the money. 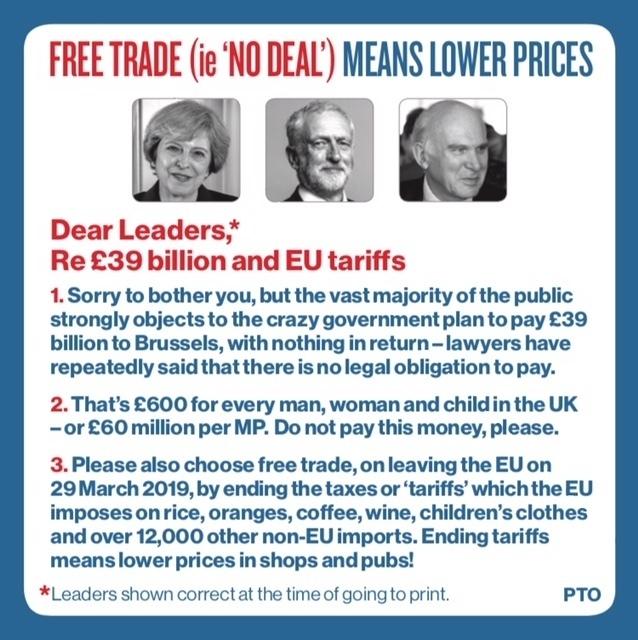 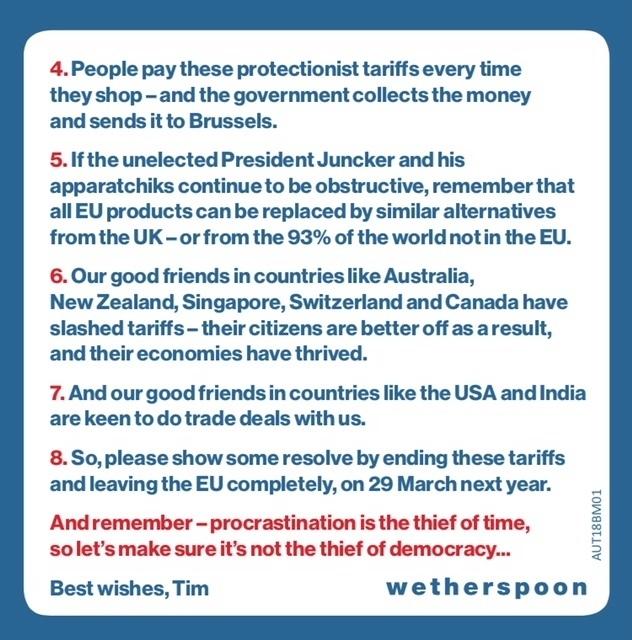 “The message on the beer mat also makes it clear that, from our viewpoint, the Government should also choose free trade, on leaving the EU, by ending the taxes or 'tariffs' which the EU imposes on more than 12,000 non-EU imports.”

He is referring to the cost added to importing beer and wine from the New World and South America by Brussels, which could be eliminated if we completely broke with the trading bloc.

But Theresa May’s current white paper plan on Brexit would see the UK stay closely aligned on regulation with the EU once we exit.

And there are fears it would prevent the UK from signing the sort of free trade deals with countries around the world which could be see prices of produce slashed. 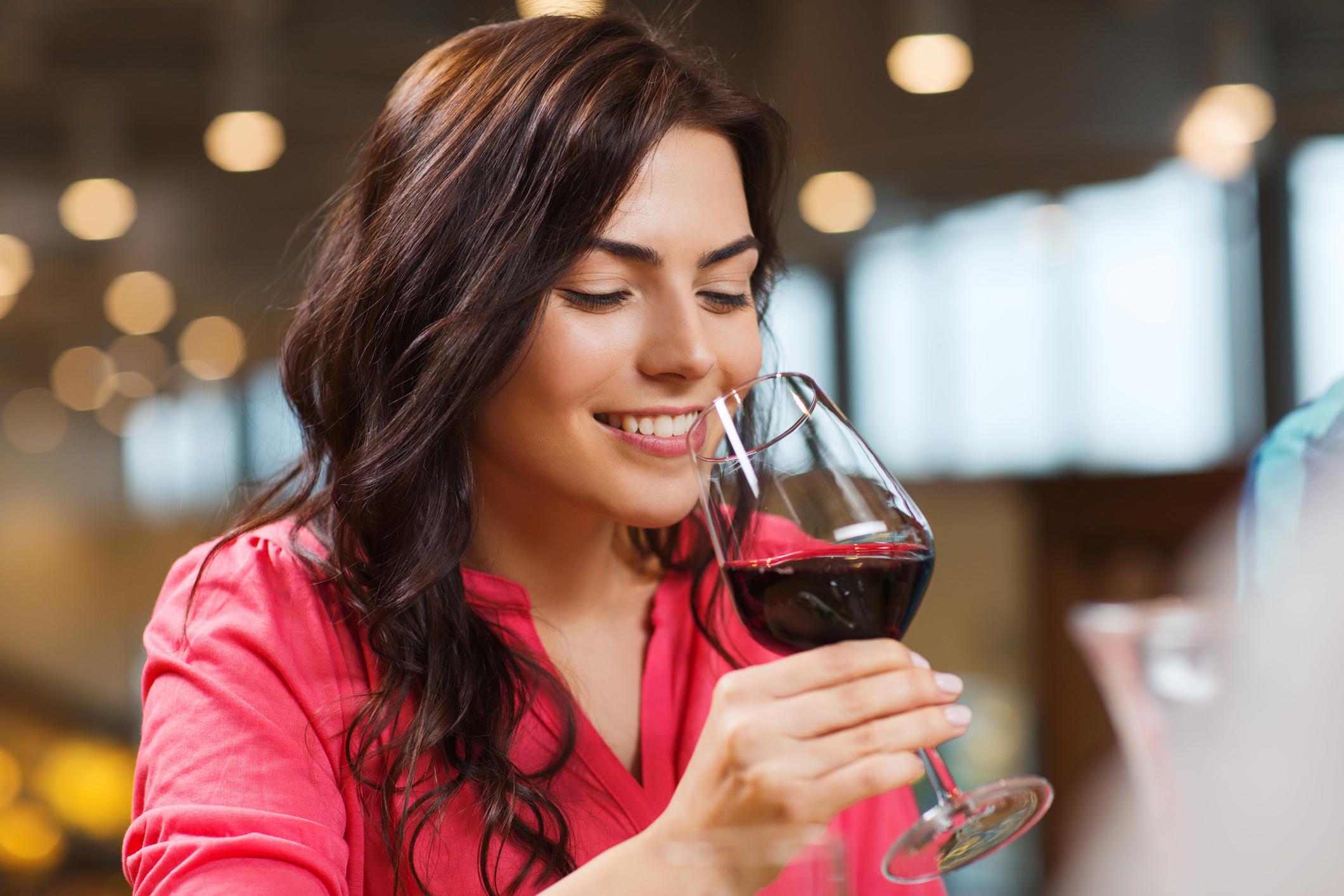 The message on the beer mats adds: "If the unelected President Juncker and his apparatchiks continue to be obstructive, remember that all EU products can be replaced by similar alternatives from the UK – or from the 93 per cent of the world not in the EU.

"Our good friends in countries like Australia, New Zealand, Singapore, Switzerland and Canada have slashed tariffs – their citizens are better off as a result, and their economies have thrived.

"And our good friends in countries like the USA and India are keen to do trade deals with us." 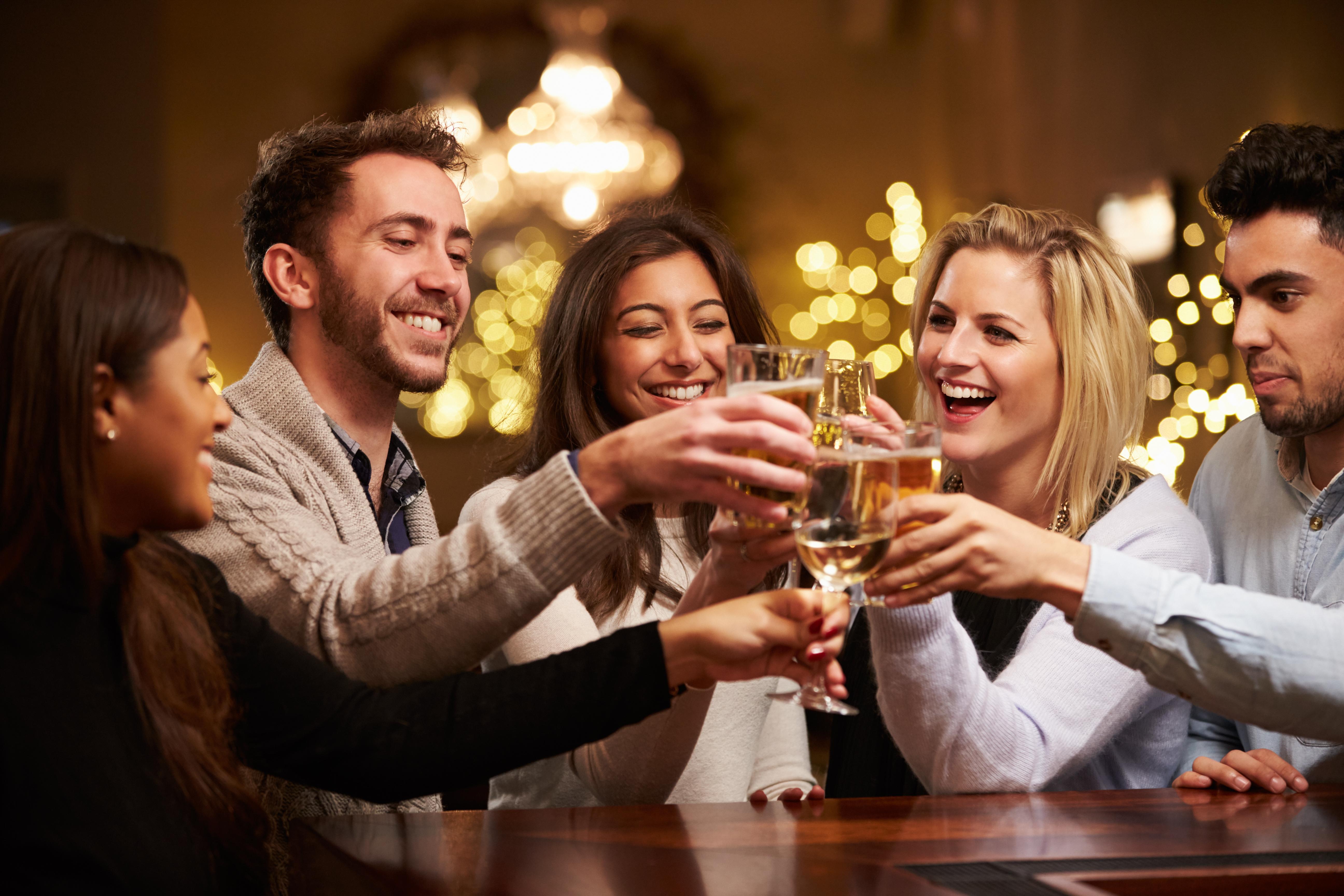 It comes after Wetherspoon introduced changes to its menu in July, when they ditched German beers and Champagne for British brands in the run-up to Brexit.

Mr Martin said at the time: "This move helps us to broaden our horizons so that we create an improved offer for the two million customers who visit our pubs each week."