Whisky-a-no-no: Liz Truss urges US to lift trade tariffs on single malt spirits after Trump administration drops duty on British-made shortbread biscuits and agrees not to up tax on gin 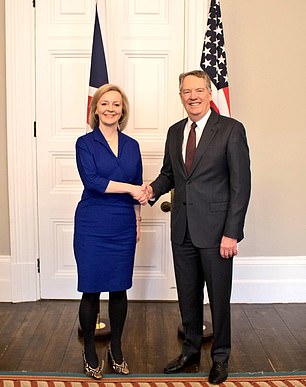 Liz Truss has urged the US to lift punitive tariffs on top-class British whisky after it eased duties on a swathe of products imposted in a trade war with the EU.

The international Trade Secretary welcomed an announcement by US trade representative Robert Lighthizer that Washington would not go ahead with a threatened extension of the tariff regime that would have affected gin and blended whisky.

And in a ‘modest’ easing of the tariffs, Mr Lighthizer said products such as shortbread would now be exempted as the two sides continue to seek a resolution to a dispute centred on planemaker Airbus.

But duties on top-quality single malt whiskies – which are made from a single batch of malted barley – remain in place at 25 per cent.

Ms Truss – who met Mr Lighthizer last week in Washington – said she would now be urging the Americans to go further to end the economic damage the levies were causing to both sides.

‘I am pleased that the US has not applied these additional tariffs, and welcome the decision to lift tariffs on shortbread,’ she said in a statement.

‘However, the announcement does not address tariffs that already exist on goods like single malt Scotch whisky. 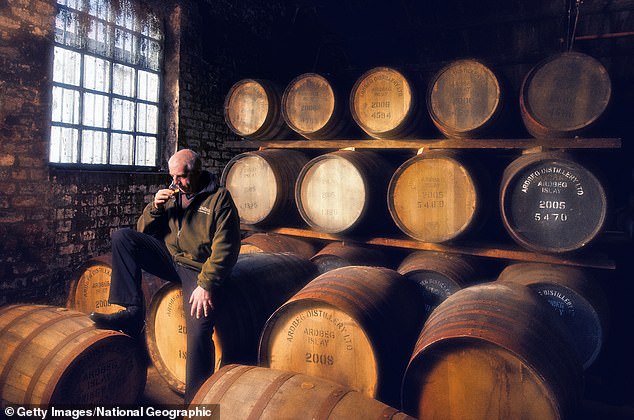 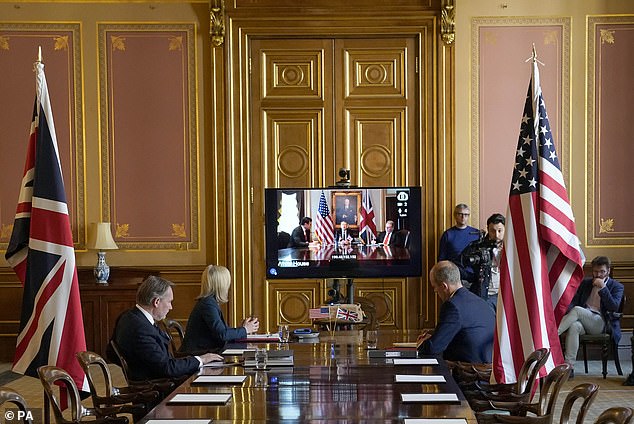 In a ‘modest’ easing of the tariffs, Mr Lighthizer said products such as shortbread would now be exempted as the two sides continue to seek a resolution to a dispute centred on planemaker Airbus

‘These tariffs damage industry and livelihoods on both sides of the Atlantic and are in nobody’s interests. I am therefore stepping up talks with the US to remove them as soon as possible.’

Mr Lighthizer, however, warned that the EU still had not done enough for the US to consider any further easing of the tariffs, which cover 7.5 billion dollars (£5.75 billion) worth of European and UK products.

‘The EU and member states have not taken the actions necessary to come into compliance with (World Trade Organisation) decisions,’ he said.

‘The United States, however, is committed to obtaining a long-term resolution to this dispute.

‘Accordingly, the United States will begin a new process with the EU in an effort to reach an agreement that will remedy the conduct that harmed the US aviation industry and workers and will ensure a level playing field for US companies.’

Ms Betts said the latest development was ‘deeply disappointing’, adding: ‘The tariff is inflicting huge damage on the Scotch Whisky sector, with exports to the US down 30 per cent since the tariff came into effect and the industry grappling with losses now totalling around £300 million.

‘These losses relate only to tariffs – the impact of Covid-19 has been serious and has compounded what is now a very serious situation for Scotch Whisky, with some brands forced out of the market and jobs in the industry and our supply chain now at risk.

‘The UK government must accelerate negotiations to bring an end to tariffs between the UK and US before preparations for November’s Presidential election bring talks to a halt.

‘It has taken the UK government a full six months after the UK left the EU to start to tackle tariffs directly with the US government, which seems to us inexplicably slow.’