The White House continued to try to disassociate President Joe Biden from the impeachment trial of his predecessor, saying Biden’t won’t weigh in on whether the procedure is even legitimate and won’t tune in for much of it.

‘He will not spend too much time watching the proceedings at any time over the course of this week,’ White House Press Secretary Jen Psaki said Monday when asked whether Biden would tune in.

‘He will remain closely in touch with Speaker [Nancy] Pelosi, Leader [Charles] Schumer – a range of officials on the Hill about his plan, and that’s exactly what they want to do is to remain focused on that,’ she said.

On a day when House Democratic impeachment managers and Trump’s legal team were trading accusations in filings – with Trump’s team calling the process ‘political theater’ – Psaki repeatedly steered questions about impeachment to the coronavirus at her Monday press briefing. 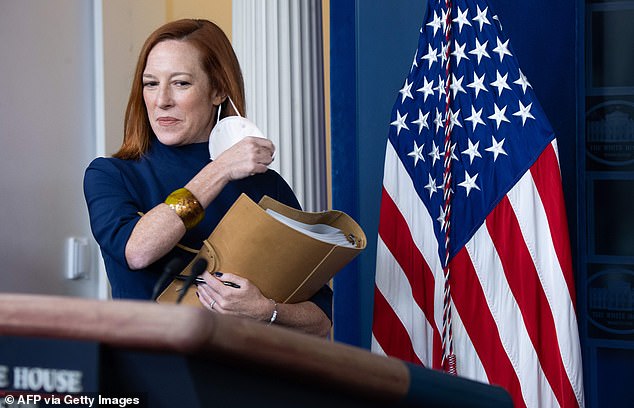 President Joe Biden ‘will not spend too much time watching the proceedings,’ White House Press Secretary Jen Psaki said of the upcoming impeachment trial set to take over the TV airwaves

Psaki kept her distance from a key procedural question about the trial: whether Democrats should call witnesses to speak about the events. Some Democrats are pushing to interview former White House officials who could speak to what Trump did and said before and after his supporters stormed the Capitol during the electoral vote count.

‘He is going to leave it to the Senate to determine the path forward here,’ she said, asked if Biden believes the trial of a former president is constitutional. Trump’s lawyers argue it isn’t.

She also didn’t want to weigh in on a proposal by House Democrats to set up a Sept. 11th-style commission to examine last month’s Capitol riot and the events leading up to it. 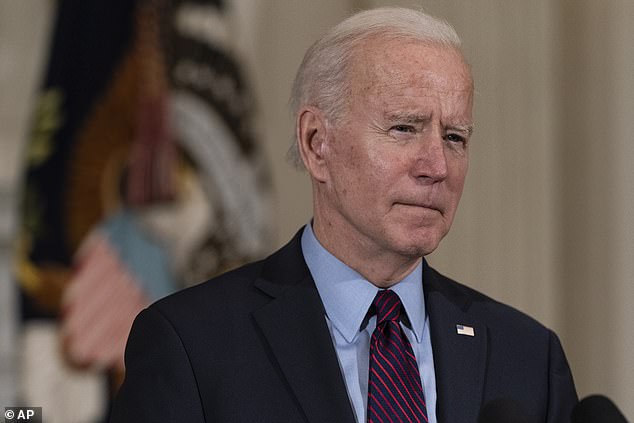 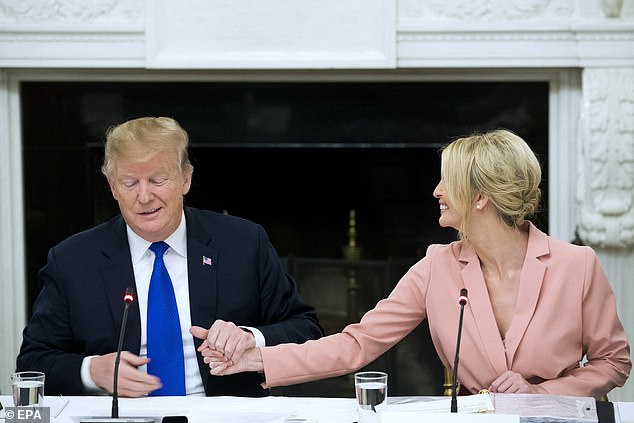 Trump, here with daughter Ivanka, is charged with ‘incitement of insurrection’ for his actions and words before and after the Capitol riot 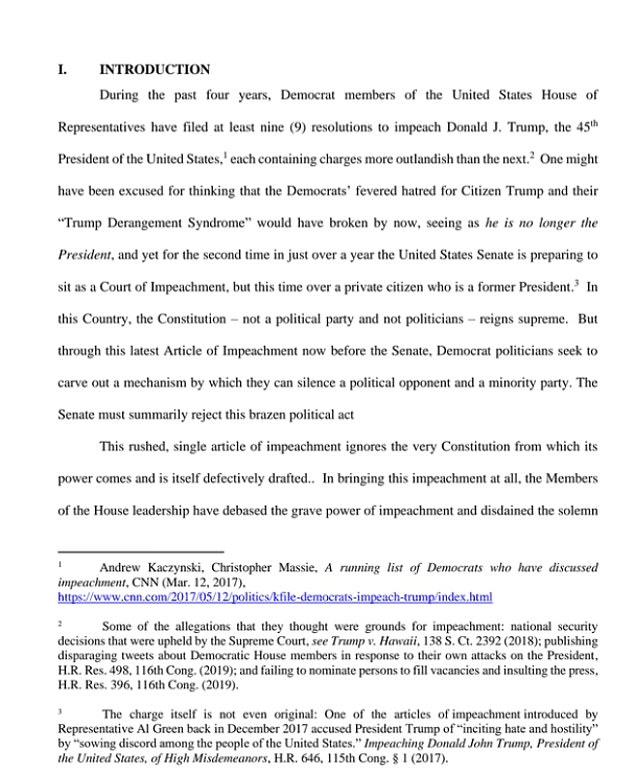 She called that a determination that ‘would be made by Congress.’

‘His focus at this time is on addressing the crisis of this moment’ – the pandemic, she said.

‘At this point in time our focus is really on getting the pandemic under control and we’ll leave that decision to congress,’ she underlined.

Nor would she express a view on whether a former president can be impeached – a question Trump’s lawyer Bruce Castor answers with a resounding no, although a prominent legal scholar he cited in a brief said Trump’s lawyers misinterpreted his argument ‘quite badly.’

‘I’m just no going to have any more for you weighing in on impeachment,’ Psaki said.