A vulnerable widow survived for five weeks on left-over cheese from her husband’s funeral after blundering officials stopped her pension.

Diane Geraghty, 76, was meant to receive £166 a week but the payments suddenly stopped in early May as staff thought she had died.

She grew weaker and lost two stone until a complete stranger became her saviour. He saw her looking distressed in the front garden when walking past and helped her to uncover the mix-up.

The pensioner had kept her plight secret from friends and family, including her two sons living in America. 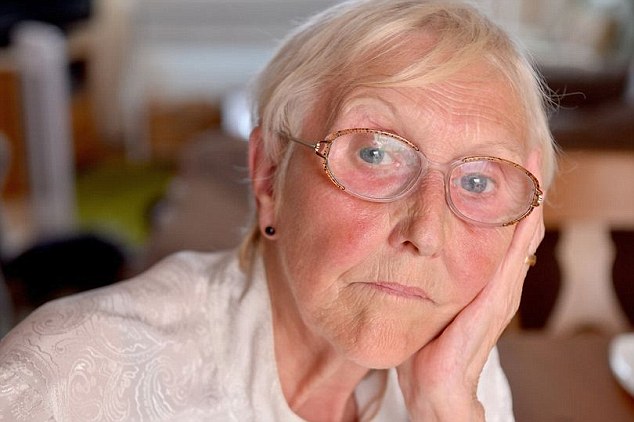 Diane Geraghty, 76, was meant to receive £166 a week but the payments suddenly stopped in early May as staff thought she had died

‘It’s the way I was bought up: to be independent and look after myself,’ she said. ‘I didn’t want to go banging on people’s doors. It would have felt like begging. I lived off left-over cheese from my husband’s funeral.

‘I just had a couple of slices each day. I know it seems mad but I wasn’t thinking straight at the time.’

Her pension and injury disablement benefit had stopped after her husband of 25 years Joseph died from pulmonary complications on April 20.

Mrs Geraghty, of Lowestoft, Suffolk, made inquiries with her bank but without success. The lack of food and emotional toll of her bereavement made her increasingly frail.

‘I was confused and upset, I didn’t want to go outside because I was all over the place and people would have thought I was drunk,’ she said.

‘I was frightened to use the phone because I didn’t have any money to pay the bill. I was so weak I thought I was going to die. I had to use my husband’s stairlift to get up the stairs. I had terrible nerves and lost two stone in weight. I didn’t know which way to turn.’

She was finally saved in mid-June by the kindness of passer-by David Kinsella, 67, who saw her in the garden.

‘She looked like she was about to burst into tears so I started chatting to her and she told me this awful story,’ he said. ‘The poor lady was in a right state: no money for food or anything at all. She seemed all alone in the world.’ 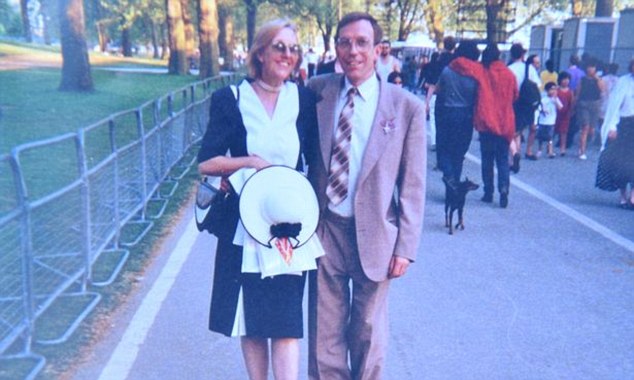 Mr Kinsella helped her get emergency supplies from the Lowestoft Foodbank and contacted the Department for Work and Pensions.

‘David was my saviour,’ said Mrs Geraghty. ‘The people at the foodbank were so nice. That first slice of bread and butter was heaven.

‘They brought me a sandwich and a big mug of tea. They gave me two big bags of food.’

With Mr Kinsella’s support, she was paid the arrears and is now receiving her correct payments.

The Department for Work and Pensions apologised unreservedly for the ‘administrate error’ and said an urgent case review was being carried out.

But Mrs Geraghty said: ‘It’s dreadful this happened. If other elderly people are going through this, they could starve to death. It’s an awful thing.’