The wife of John Lennon’s killer Mark Chapman has revealed he told her about his plans to kill the Beatle two months before gunning him down in New York, and still pays him conjugal visits in a caravan at his prison.

Gloria Hiroko Chapman, 67, said her husband did not carry out the threat at the time because of his love for her and threw away the gun he was going to use.

But Gloria admitted when she heard the news of Lennon’s murder from her home in Kailua, Hawaii she knew it was her husband who was responsible. 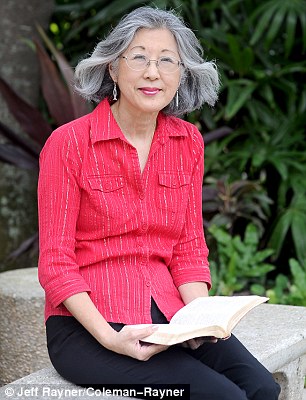 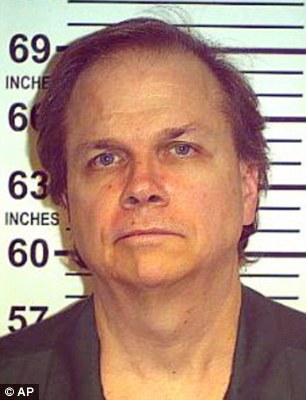 ‘I knew it was Mark. How did I know? Two months earlier, Mark had travelled to New York,’ she told The Mirror through her church.

‘He came home scared, telling me that to make a name for himself he had planned to kill Lennon. But he said my love had saved him.’

Gloria said she was happy for Chapman to return to New York a second time because she believed he was only making the trip to spend some time to ‘think about his life’.

She has decided to stick with Chapman, who may soon be set free after a parole hearing following 38 years behind bars.

This is despite the violent abuse she suffered during their marriage and the killer himself telling her to leave after he was jailed.

Gloria said her Christian faith and the religious significance of the marriage vows she exchanged with Chapman on June 2, 1979 means she cannot divorce him. 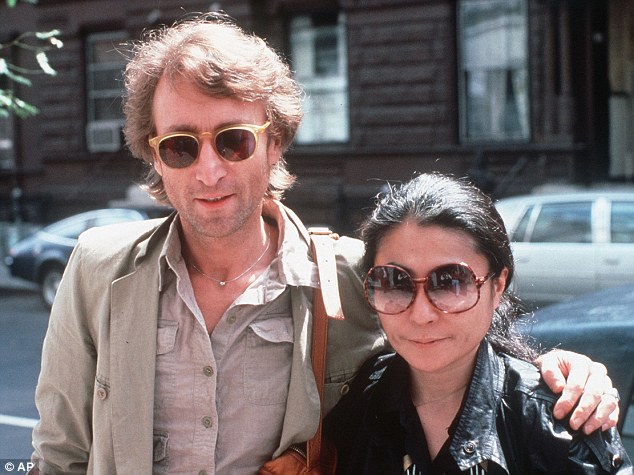 John Lennon and his wife, Yoko Ono, arrived at The Hit Factory recording studio in New York on August 22, 1980. The Beatle was shot dead outside his apartment on December 8 that year

Gloria also claimed she is still allowed to have sex with her husband when she visits him in prison using a caravan on the grounds.

The murderer, who is incarcerated in the Wende Correctional Facility, has been denied parole on nine other occasions since he first became eligible in 2000.

In recent months, the state has paroled a number of police and child murderers who have long been denied release.

In Chapman’s last parole hearing in 2016, the board opposed his release due to the ‘premeditated and celebrity-seeking nature of the crime’.

At the time, the board did take note of Chapman’s rehabilitative efforts and accepted the killer’s acknowledgment that his crime was ‘premeditated, selfish and evil’.

Chapman, who is believed to suffer from mental illness, has been denied parole at least every two years from 2000-2016. Lennon (right) poses with amateur photographer and fan Paul Goresh in the last photo of him taken on the day of his death on December 8, 2980 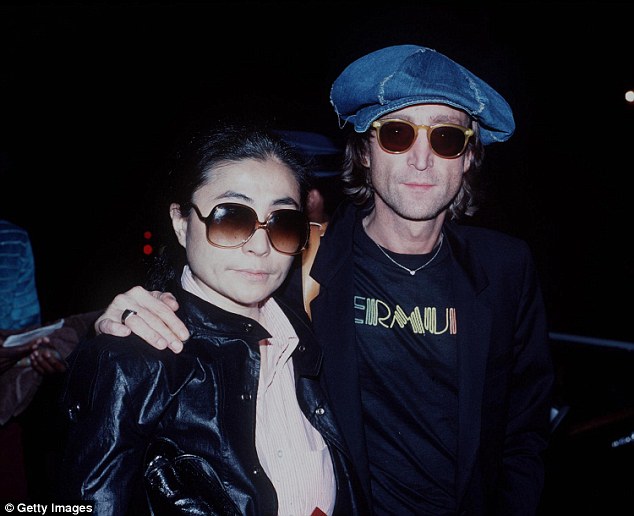 Ono has always fiercely opposed Chapman’s release and has written a letter to the parole board each time requesting he be kept in prison. They are pictured together shortly before Lennon’s death

At his last parole hearing, Chapman told the board that he still gets letters from Beatles fans about the pain he caused.

He has previously said he targeted the singer because of his fame and because he thought he was a phony for living a life of luxury.

‘At that time, I wasn’t thinking about anybody else, just me,’ Chapman said.

‘But now, you know, obviously through people’s letters and through things I hear a lot of people were affected here. I am sorry for causing that type of pain. I am sorry for being such an idiot and choosing the wrong way for glory.’

Chapman went on to say that he has rediscovered religion in his decades behind bars. 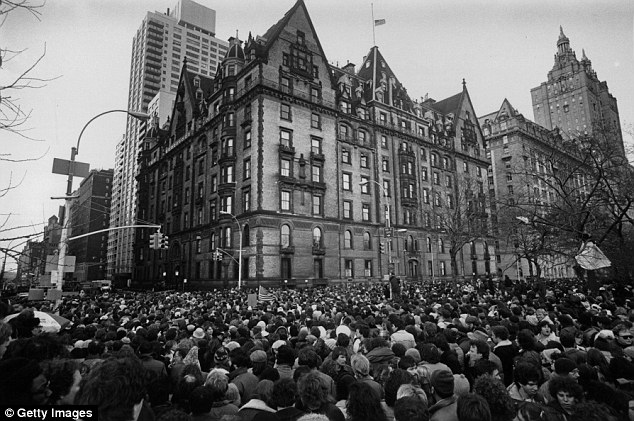 Thousands of people gathered outside the Dakota Building, which housed Lennon’s apartment, after the news he had been killed on December 8, 1980 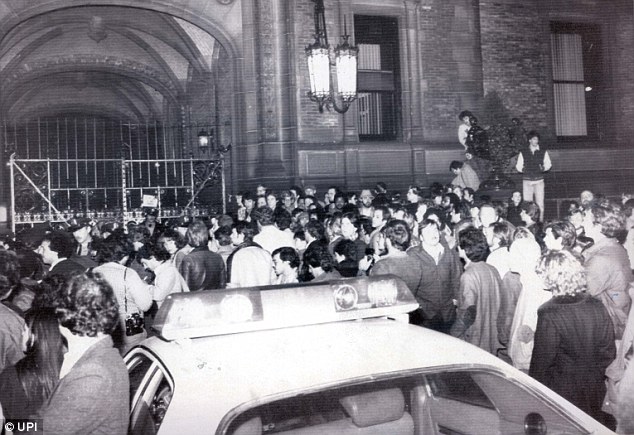 Lennon was known for his pacifism and political activism as well as for his music. Pictured are crowds outside his apartment block on the day he was killed

Lennon’s widow Yoko Ono has always fiercely opposed Chapman’s potential release and has written a letter to the parole board each time requesting he be kept in prison.

The Japanese artist has previously argued that Chapman’s release would endanger her and Lennon’s two sons. She has also said that Chapman would be at risk of retribution attacks from Beatles fans.

Yoko, who regularly tweets inspirational messages, tweeted as recently as last week: ‘It’s hard to forgive, but it is better to forgive, so you won’t be carrying bad vibes yourself’.

Chapman is believed to be kept in protective custody at the prison.