AROUND 100 tourists had to be led to safety by lifeguards after a wildfire near Majorca’s most famous virgin beach.

The sunbathers were led to a nearby car park after an area of pine trees behind the sand went up in flames. 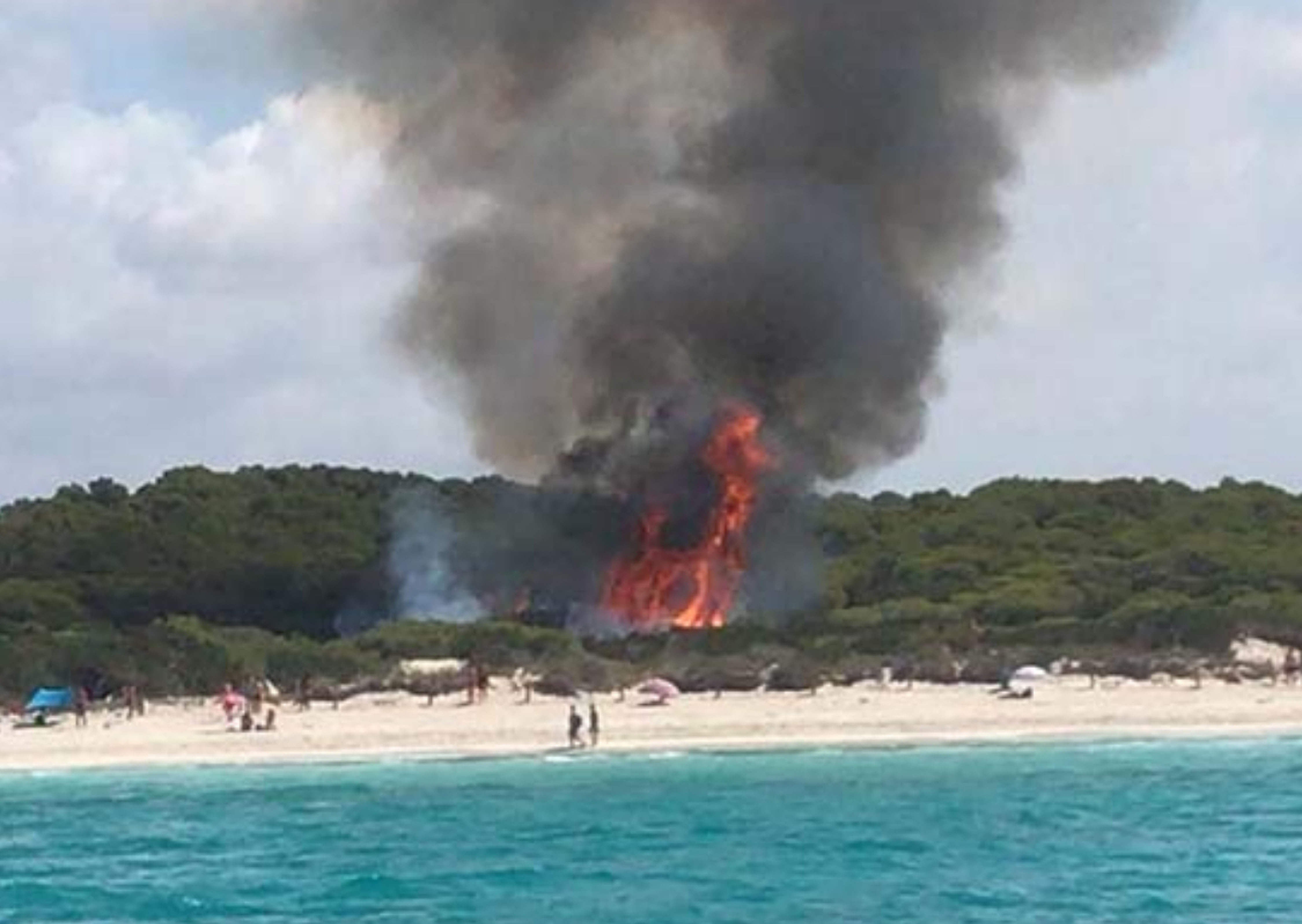 A thick plume of black smoke could be seen rising above Es Trenc beach in the south-east of the island as firefighters tackled the blaze.

The alarm was sounded around 11.30am on Wednesday.

The road leading to the beach was temporarily closed until the fire was brought under control around an hour later in an operation involving a plane, two helicopters and around a dozen firefighters on the ground.

The central part of the beach was the one that was cleared, with beachgoers being taken to the nearby car park as a precaution.

There were no reports of any injuries. 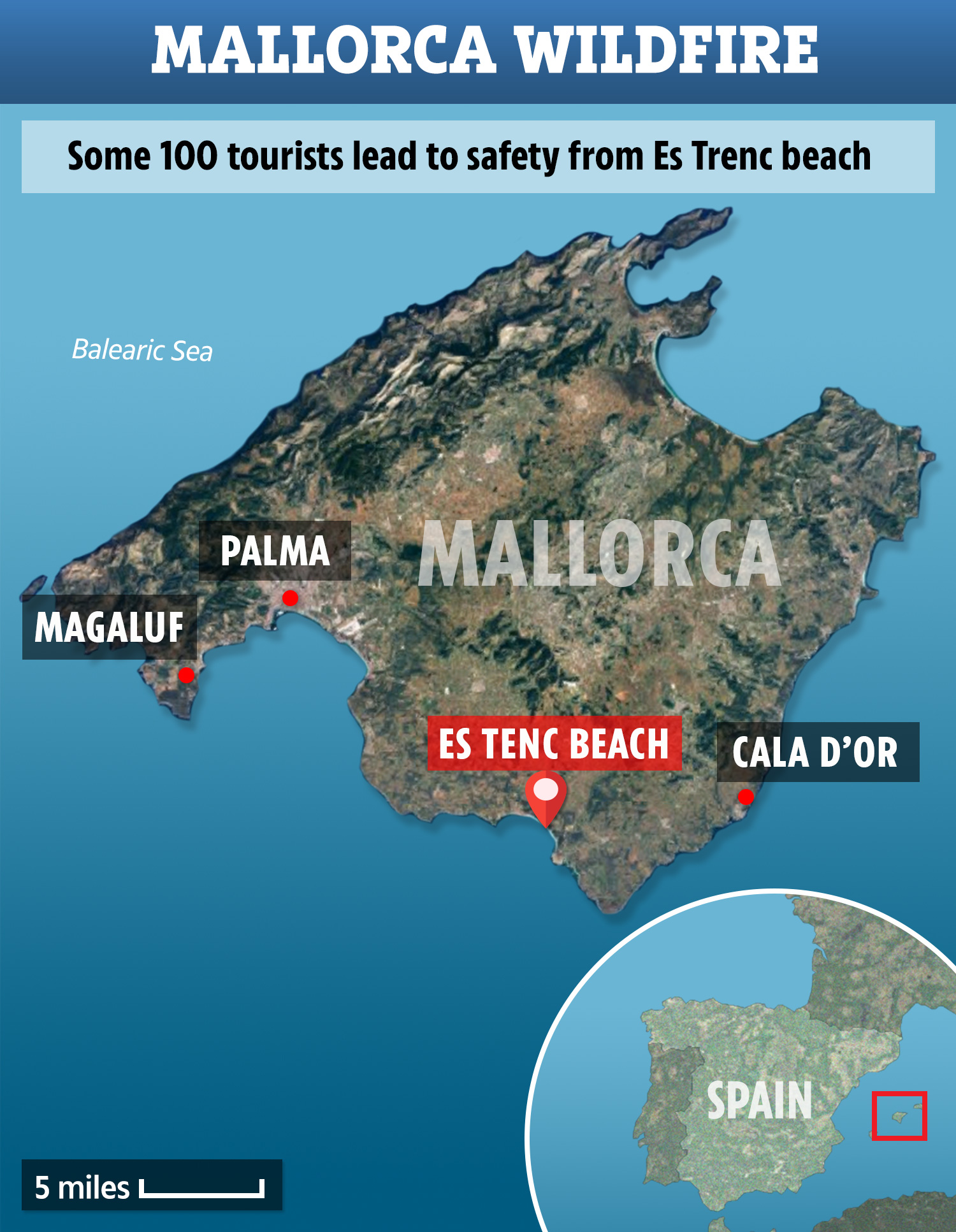 Es Trenc is the longest virgin beach in Majorca with around two miles of white sand and crystal clear waters.

Dozens of British holidaymakers had to be evacuated by sea after a devastating fire sparked panic on popular Benirras Beach in Ibiza in 2010.

Around 30 cars parked at the entrance to the beach, a secluded bay in the north of the island surrounded by pine trees near to where former Prime Minister David Cameron has stayed with his family, were gutted by flames. 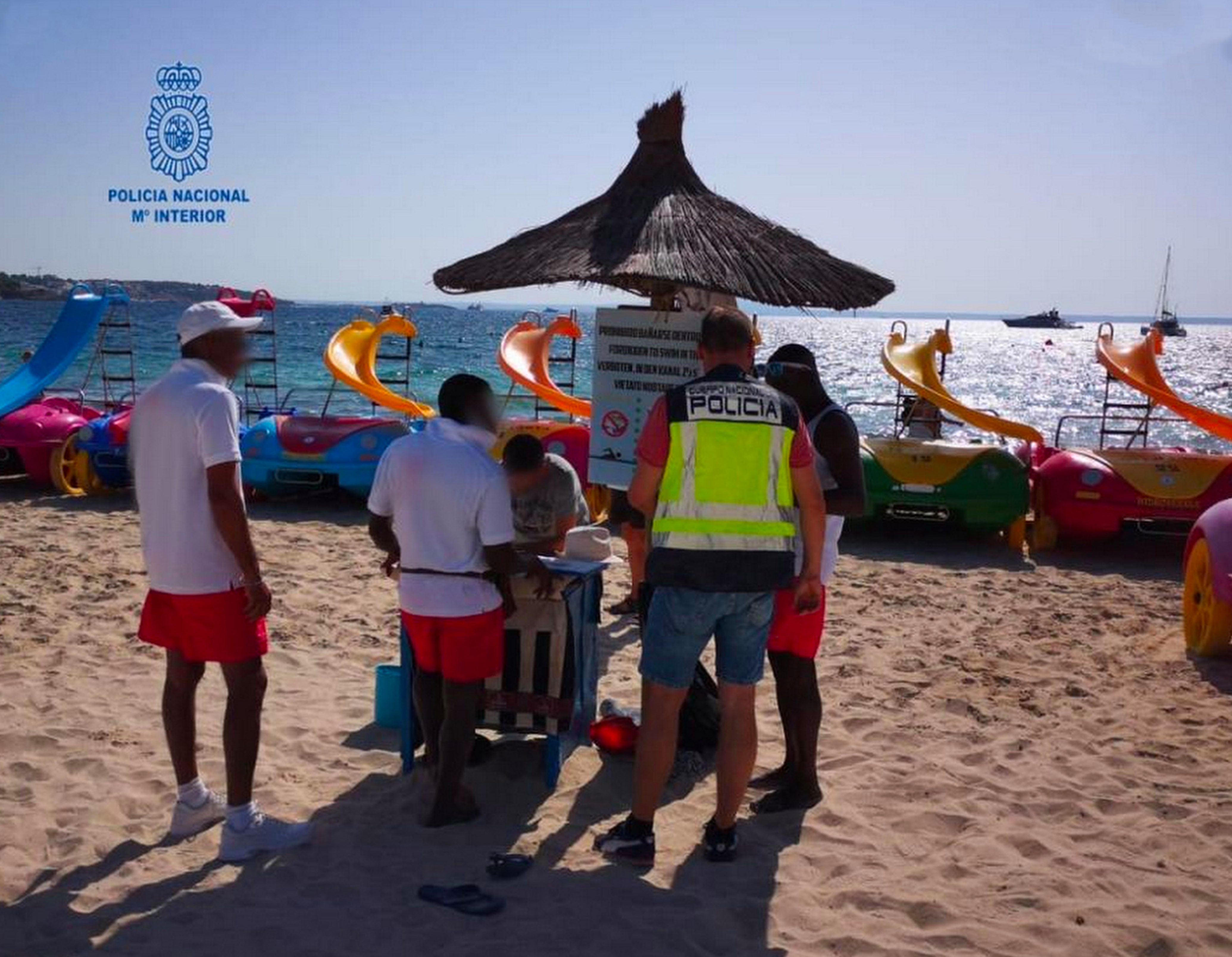 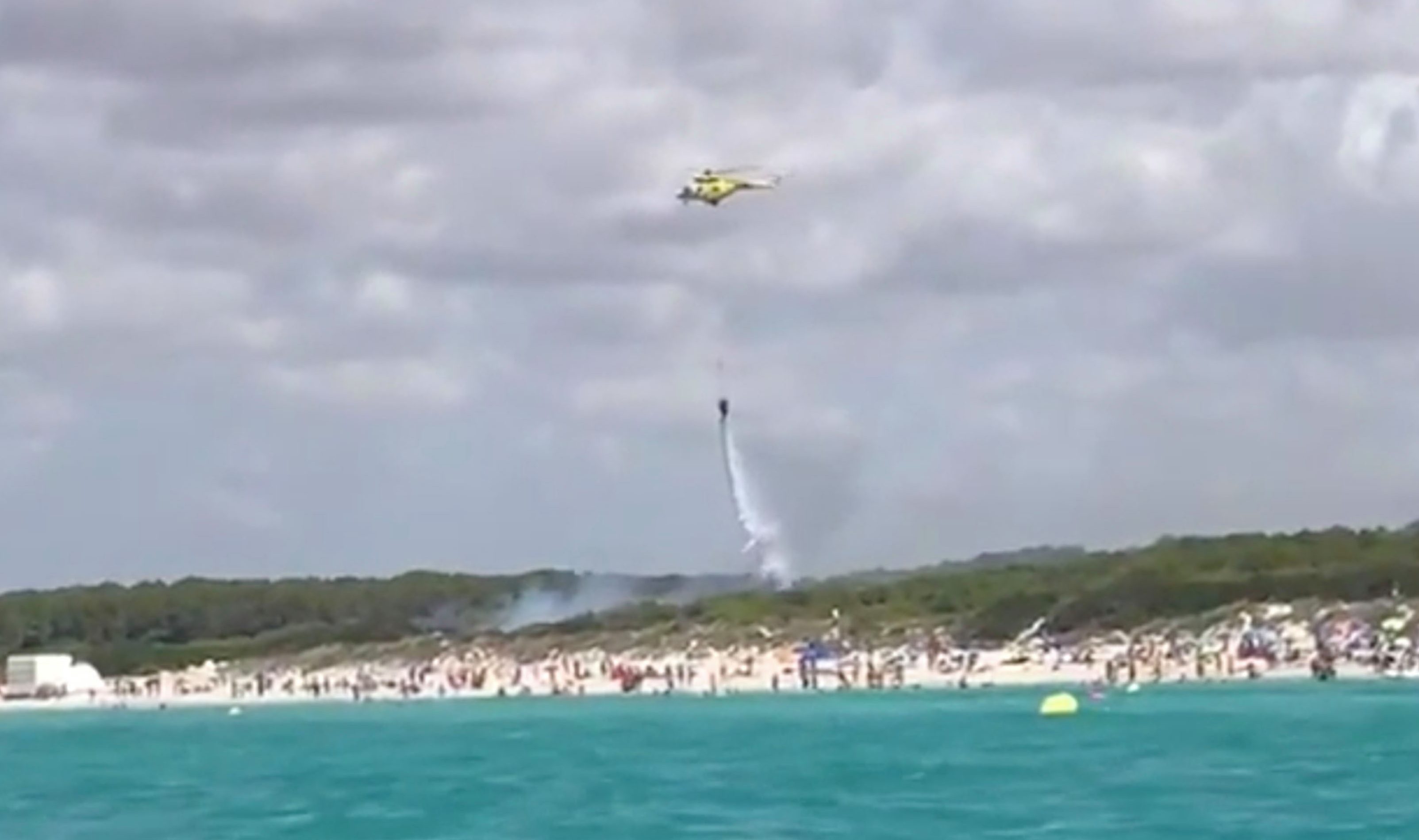 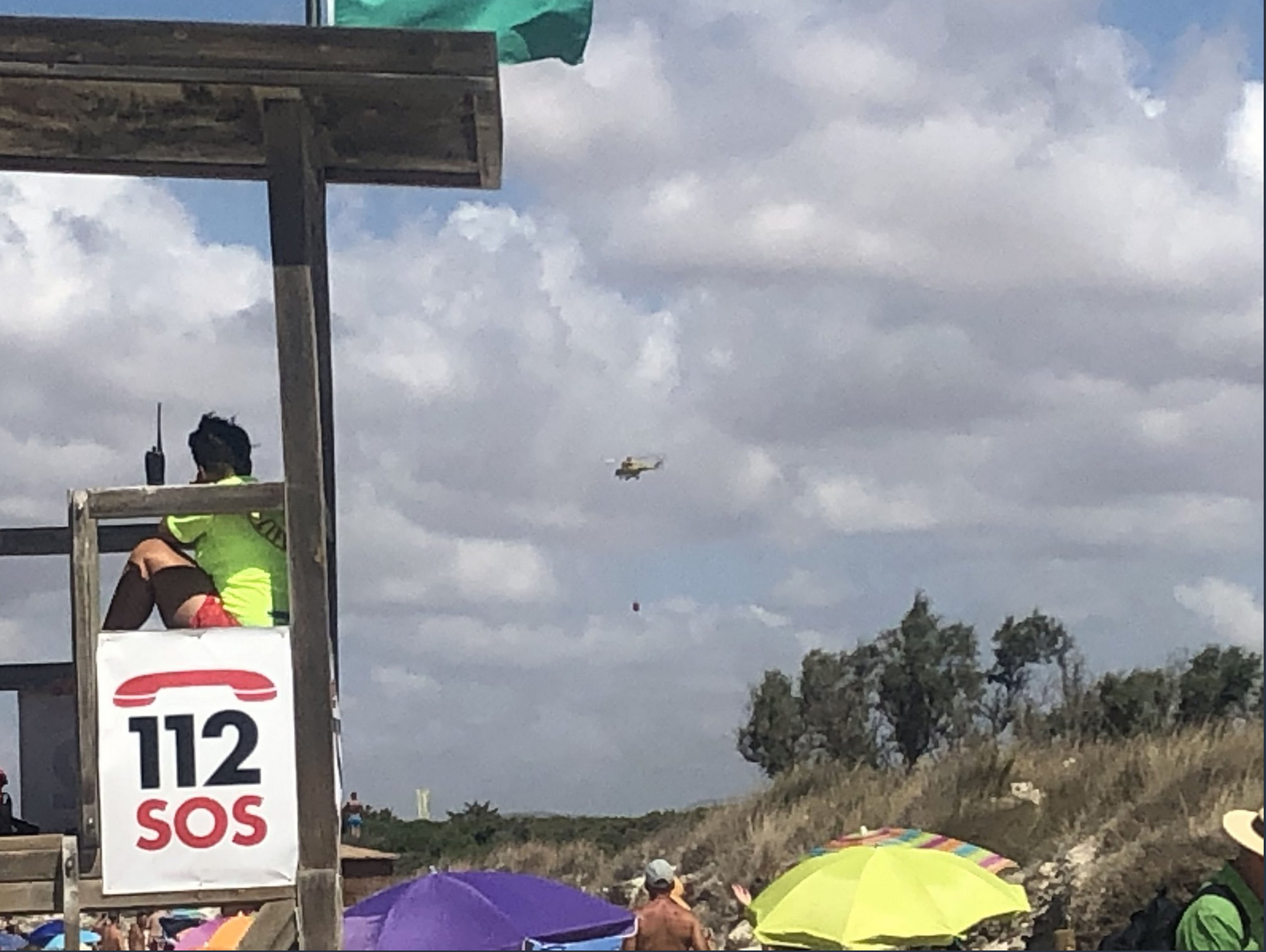