AN ultra-lucky woman has scooped a whopping $1MILLION lottery win after missing her flight and buying scratchcards to “pass the time”.

Florida Lottery has revealed that Angela Caravella, 51, of Kansas City, Missouri, claimed the top prize from its ‘Fastest Road To $1,000,000 Scratch-Off’ game. 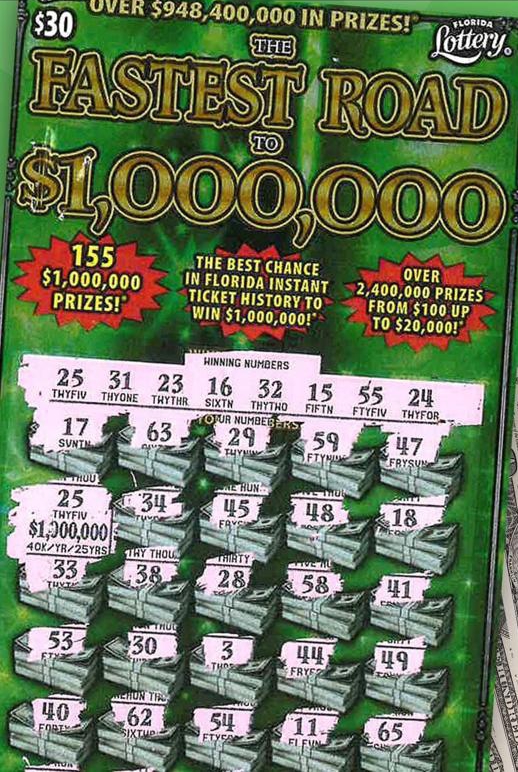 A thrilled Caravella said: ''I had a feeling something bizarre was going to happen after my flight was cancelled unexpectedly.

"I bought a few Scratch-Off tickets to pass the time and just like that – I won $1 million!''

While stranded in Florida last week, she decided to buy a few Scratch-Off tickets from Publix, at 1220 Kingsway Road in Brandon.

Because of lottery rules, the retailer also wins as a result of her windfall.

It will receive a $2,000 bonus commission for selling the winning ticket, say lottery bosses.

Its overall odds of winning are one-in-2.79.

Scratch-Off games have so far boosted the Educational Enhancement Trust Fund (EETF) by more than $1 billion from 2019-20.

The Sun Online recently warned about a new scam pretending to be an Amazon lottery and spreading nationwide.

An avid Amazon electronics shopper, Brian Hunt, was one of many that fell for the hoax after receiving a text message saying, "Congratulations Brian, you came in second place," in a recent Amazon raffle.

But, the Better Business Bureau says it has now heard hundreds of complaints all around the country about the con.