BEARS have a rather loveable image thanks to many children having a soft teddy bear to cuddle at night but the reality can be very different.

While bear attacks on humans are relatively rare they can be particularly vicious, with the powerful animals able to smash skulls, pulp faces and skin their victims alive. 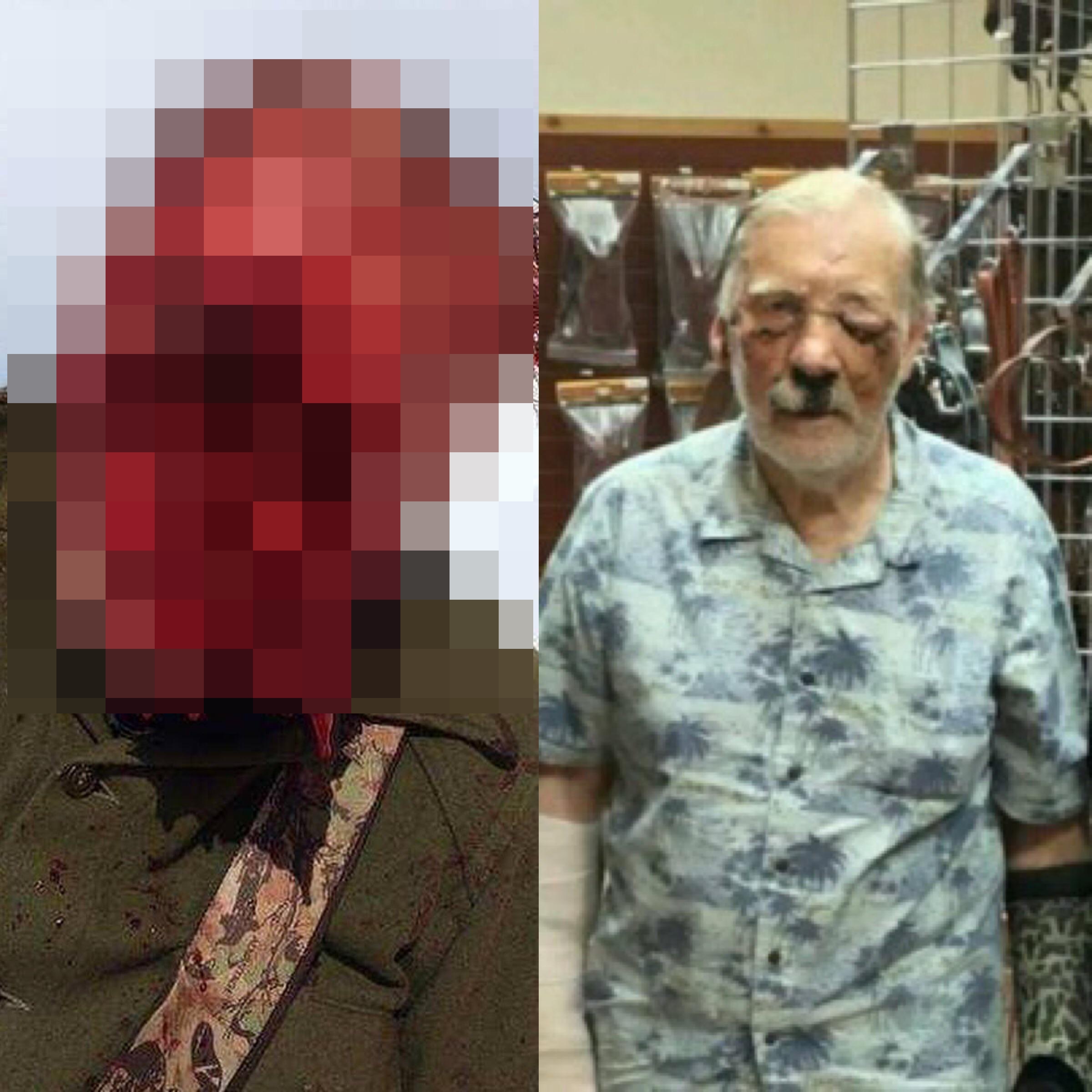 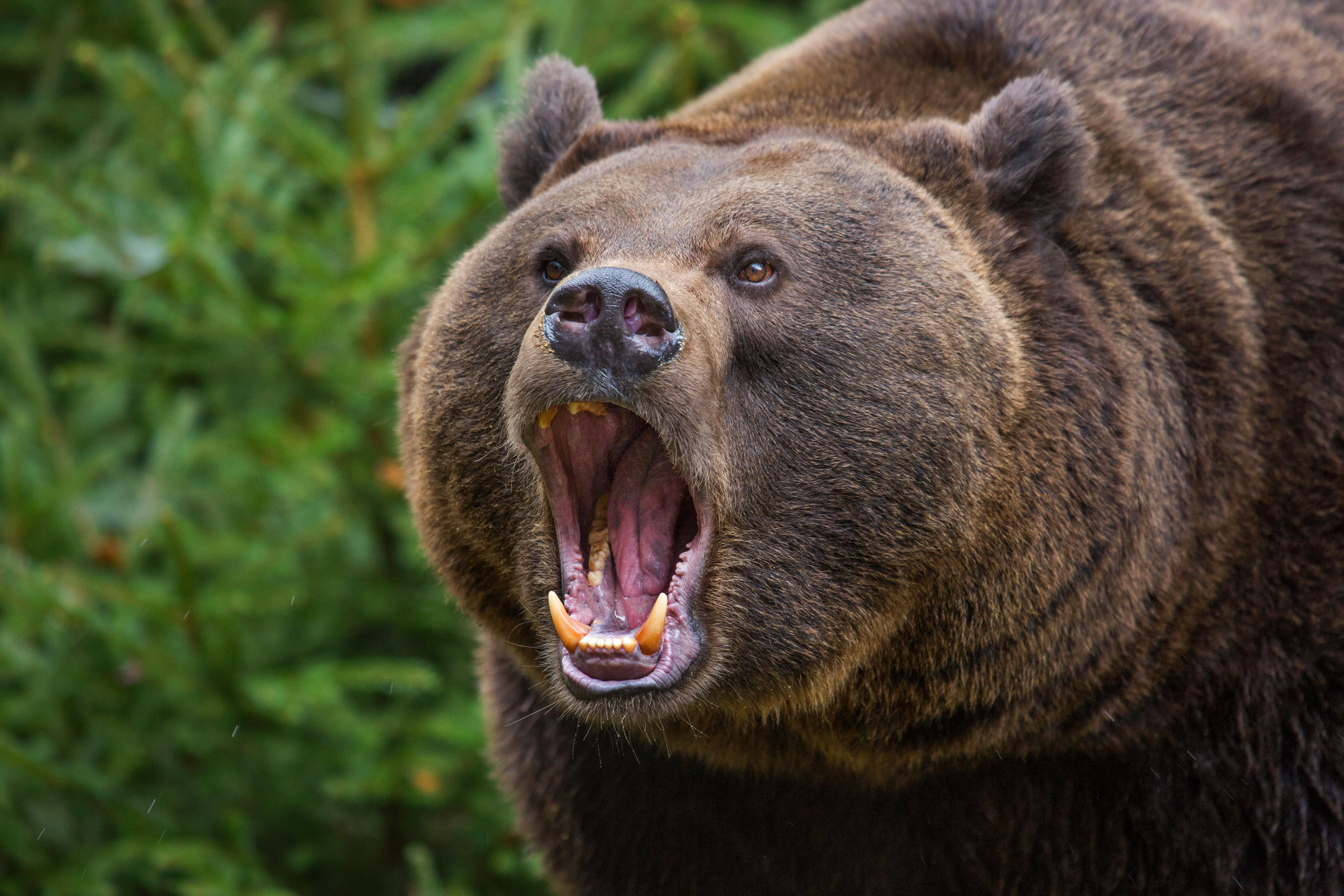 Alexey was collecting crabs in the remote Kuril islands when he was cornered by a “group” of brown bears including cubs in a pincer movement, according to reports.

It was an adult female that attacked him, clasping his leg in its teeth and clawing off his skin while trying to drag him away. 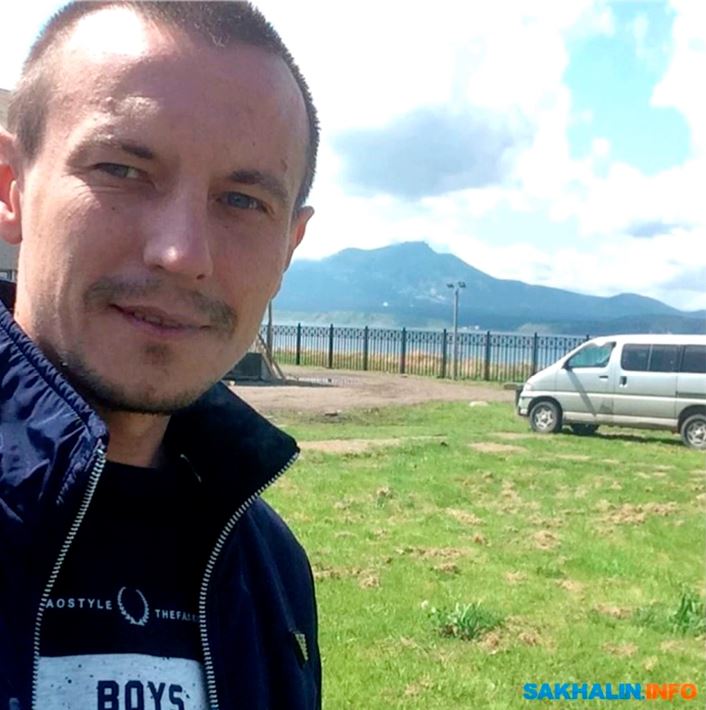 His horrific wounds included the skin on his scalp, back and buttocks being ripped away while one of his ears was also torn off.

Doctors had to amputate one of Alexey’s legs because of the severity of his injuries.

The Russian suffered clinical death immediately after the attack but was resuscitated and his ear was sewn back on.

He was flown 250 miles to regional capital Yuzhno-Sakhalinsk but died nine days later from a heart attack.

Paramedic Wes Perkins, from Alaska, is lucky to be alive after going out on a bear hunt with two pals.

The tables were turned though when an 8ft grizzly bear attacked, ripping Perkins’ entire face off.

The Anchorage Daily News reported: “There is no gentle way to describe his condition.

“Doctors had to use part of his fibula to create a jaw to replace what the bear ripped off of his face.

“He still has a tube in his throat. His left eye, which sees only light and dark, weeps constantly.

“And probably worst of all, for a man who always loved to talk, he is now hard to understand because he speaks with only half a tongue.”

Docs performed 26 operations on him to save his life and repair his face as much as they could. 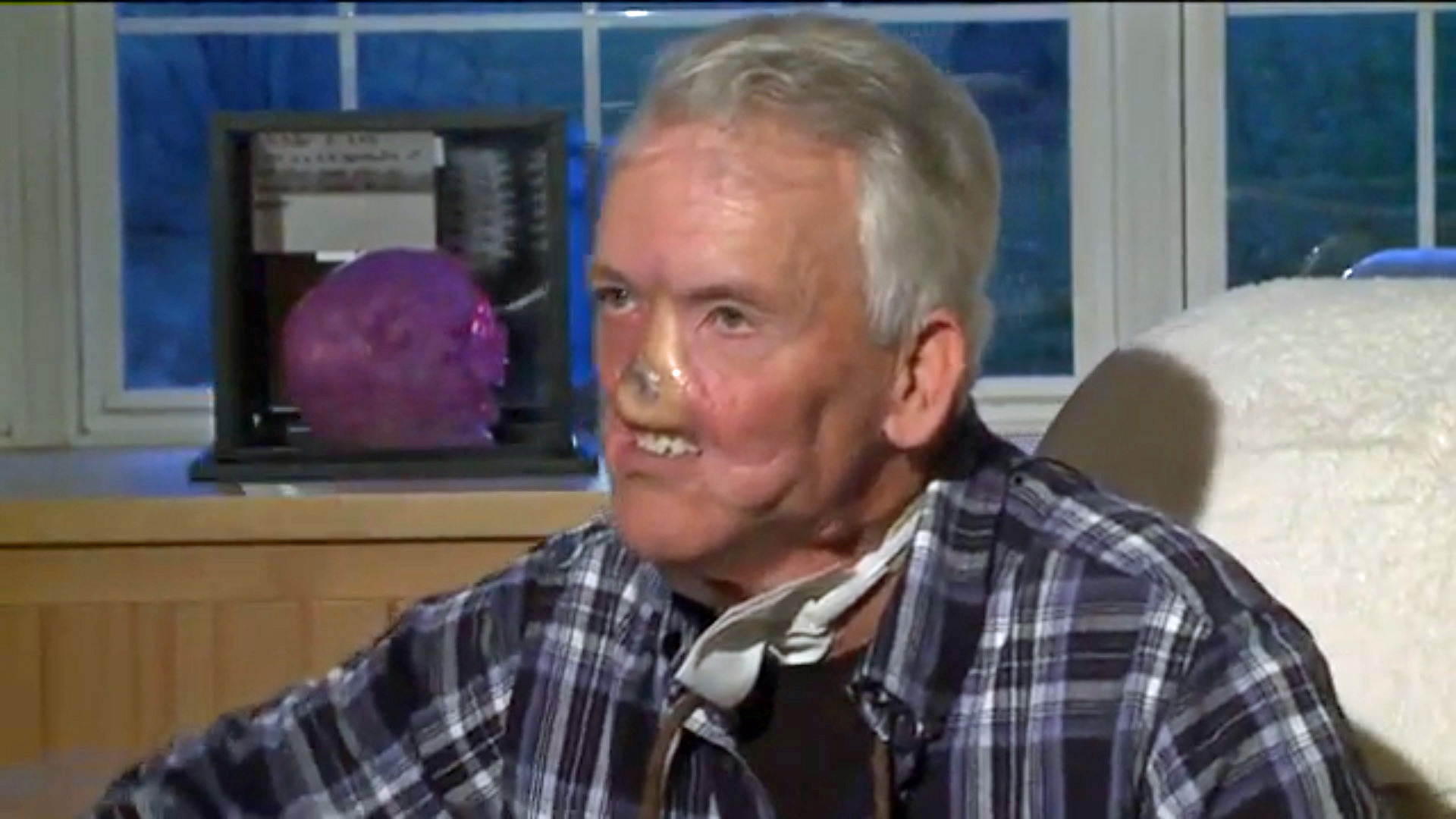 Lee Brooke had the left-side of his body crushed following a grizzly bear attack in Wyoming in October 2016.

Brooke had gone out elk hunting with friends and having shot one they decided to return the next day to get the body.

While they were out searching for the remains Brooke became separated from his pals and eventually discovered the remains but found that a bear had got there first.

The bear immediately launched an attack, lifting Brooke off his feet and tearing into him.

The bear then rode on his back down a slope, crushing his body and started ripping off his face.

As Brooke lay bleeding, he could see his nose and mustache on the ground.

He tried to punch the bear but it then bit his arm.

Brooke eventually managed to scare the bear off by stabbing it four times with a steak knife he had in his pocket and scream for help.

Eventually he was taken to the Swedish Medical Center in Englewood, Colorado where he received specialist care.

The whole left side of his body was crushed, and he had bites and lacerations all over his body, according to Dr Lili Daniali, one of the medics who treated him. "The bear grabbed his face, bit it and ripped it off. It was a big bite." 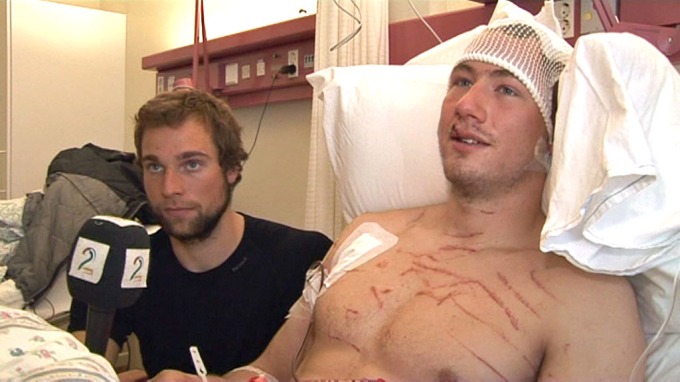 Norwegians Sebastian Plur Nilssen and Ludvig Fjeld had set out in July 2015 on a world-first attempt to kayak around Svalbard, an isolated archipelago between Norway and the North Pole.

The pair were forced to set up camp on the island of  Nordaustlandet on July 22 due to bad weather.

The two men, who were experienced survivalists, put up their tents and set trip wires as a defence.

But they were rocked away in the early hours when a polar bear attacked their camp.

“Neither of us woke until the bear ripped into the canvas,” recalled Plur Nilssen. “It tore the whole front away with one punch. I started screaming to Ludvig, but the bear grabbed me and sank its teeth into my neck, dragging me out of my sleeping bag. He then bit my head really hard. I could feel his teeth going deep into the flesh, and I knew it was serious. It was sickeningly painful.”

During the attack the bear dragged Plur Nilssen 30m across the sand and rocks, leaving a trail of blood, where he then picked him up by his head and stood on its hind legs.

He was only saved by Fjeld managing to find his gun and shoot the bear dead.

Fjeld then called for help on his satellite phone.

Plur Nilssen had suffered deep tissue lacerations to my shoulder, back, neck, chest, and head, 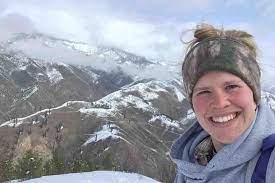 Amber Kornak had just started her dream job in May 2018 as a Grizzly Bear Wildlife Technician for the US Fish and Wildlife Service when she was savagely mauled.

While collecting samples near a stream in Montana, a bear mauled Kornak from behind.

The beast tore into her skull.

She suffered two fractures and severe lacerations on her head, neck, and back, according to a GoFundMe page.

Unfortunately, Kornak was able to fend off her attacker with a can of bear spray.

That wasn’t the end of her ordeal though as she then had to hike two miles to get to her work vehicle and then drive to get help.

She underwent a four-hour operation to “remove bone fragments and clean wounds to her brain” and had metal plates and screws inserted into her skull. 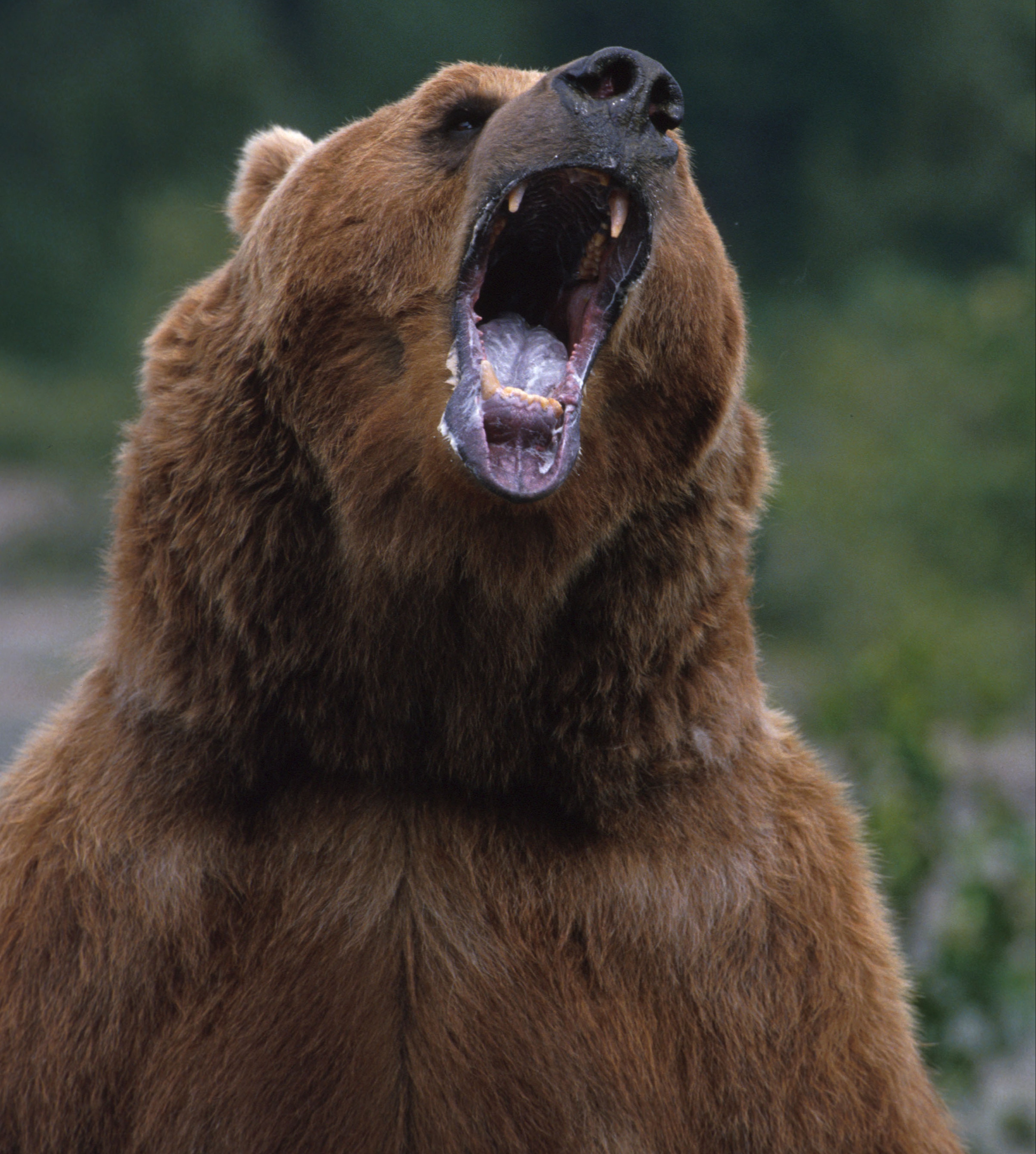