A Yemeni model who was arrested by Iran-backed Houthi rebels for ‘violating Islamic dress codes’ while on her way to a shoot has been jailed for five years.

Entesar Al-Hammadi, 20, was arrested in February at a checkpoint in the capital Sanaa over images which showed her without a headscarf in defiance of Yemeni societal norms.

On Sunday the model and actress was sentenced by a Sanaa court to five years in prison for violating public morality over the pictures.

Amnesty International and Hammadi’s lawyer Khaled Mohammed Al-Kamal have claimed she was unfairly treated in detention being interrogated while blindfolded, physically and verbally abused and subjected to racist insults.

She was also allegedly forced to ‘confess’ to several offences, including drug possession and prostitution, and threatened by prosecutors with a so-called ‘virginity test’.

Her arrest and prosecution has been seen as a part of a series of crackdowns on objectors and liberals in areas of the country controlled by Houthi rebels. 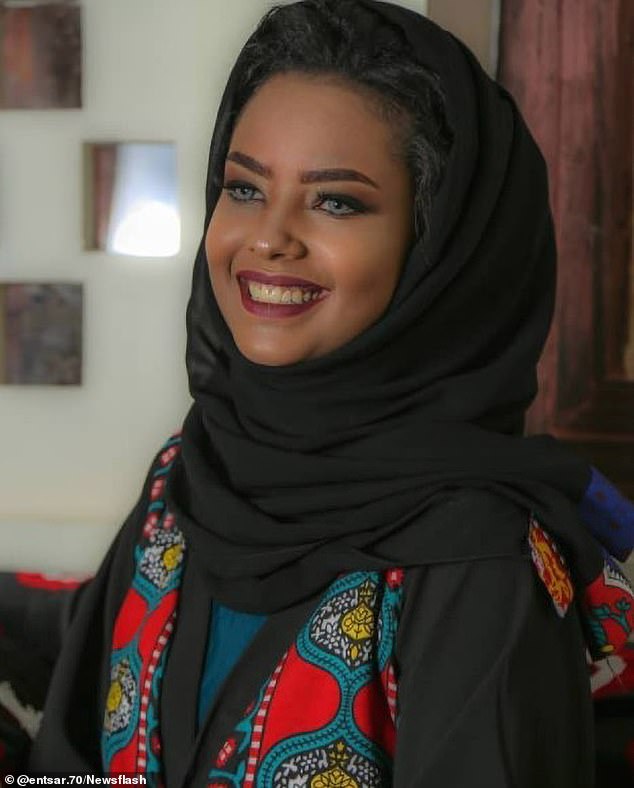 Entesar Al-Hammadi, 20, (pictured) has been snatched off the street by Iran-backed Houthi rebels who are planning to prosecute her in a kangaroo court for being a bad influence

A judicial source previously told Reuters Hammadi had been charged with carrying out an indecent act and going against Islamic principles.

Amnesty has branded her detention arbitrary and spurious and denounced her alleged brutal treatment while in custody.

Hammadi’s lawyer has made similar claims, alleging, among others things, that she was forced to sign a document while blindfolded and threatened with a so-called ‘virginity test’.

Houthi-run news outlet Saba on Sunday said Hammadi was also sentenced for using drugs, and said three other women were sentenced alongside her for crimes including debauchery, prostitution, violating public morality and drug taking.

She was arrested by rebels with two colleagues while on their way to film a drama TV series in February. 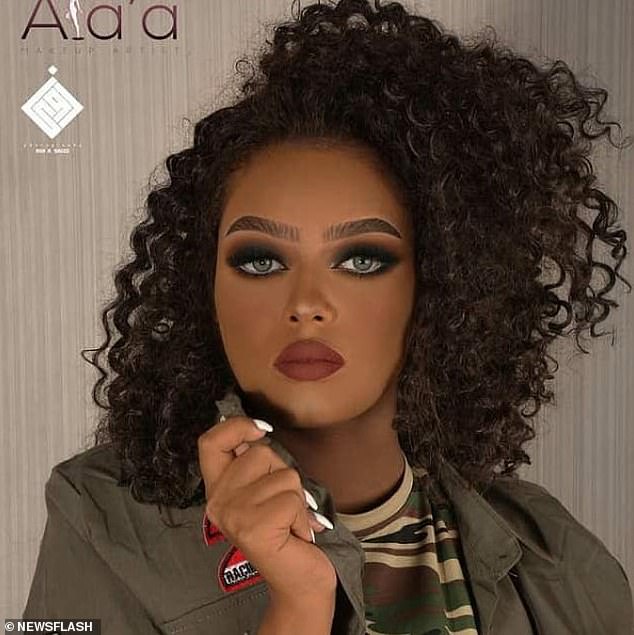 A Houthi ‘prosecutor’ will question the young model on Sunday, according to her lawyer, Khaled Mohammed Al-Kamal, who said that she was arrested unlawfully. Entesar Al-Hammadi is pictured above

Hammadi’s detention came amid reports of a crackdown on Yemeni women in Houthi-controlled areas.

Yemeni Minister of Information Moammar Al-Eryani wrote on Twitter at the time: ‘They must stop the extortion of women and release all disappeared women from their secret prisons unconditionally.’

Entesar had told a Yemeni TV channel that she dreamed of travelling abroad to escape Yemen’s conservative society last year.

Entesar, whose mother is Ethiopian, said at the time: ‘It would be great if I was given an opportunity outside Yemen.’

According to a report in Arab News, as a child, Al-Hammadi dreamed of being a model, wore her mother’s clothes around the house and imitated famous models she watched on TV. 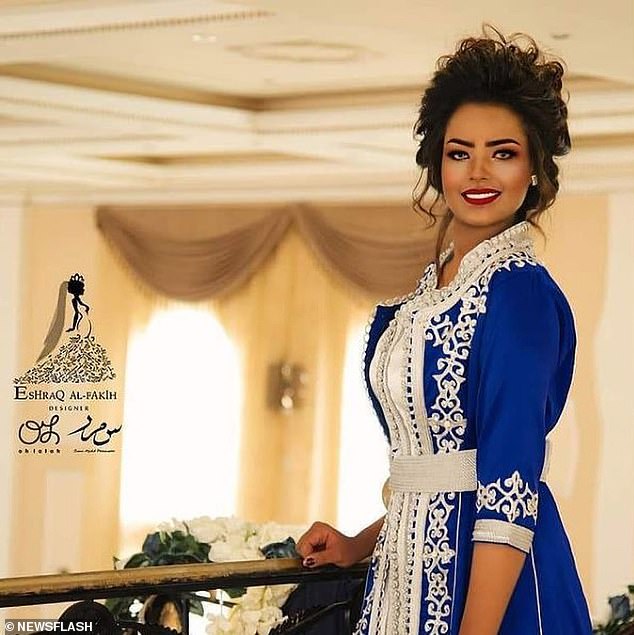 Her parents told her that her aspiration to become a model was a ‘pie in the sky’, Al-Hammadi said in a TV interview last year.

She gained popularity after her friend, who was a professional photographer, published photos of her on social media wearing traditional Yemeni outfits.

The 20-year-old has appeared in two local TV drama series and had planned to attend college next year.

At the time of her arrest, she was the sole breadwinner for her family of four, including her blind father and disabled brother.

The Houthi movement, which holds most of northern Yemen, ousted Yemen’s internationally recognised government from power in Sanaa in late 2014 amid an ongoing civil war.

The main players are the Iran-backed Houthis, the Saudi-backed Hadi-led government, and terrorist groups such as al-Qaeda and ISIS. Human Rights Watch puts the civilian death toll at over 18,400.