Shultz was pivotal in shaping foreign policy during the Cold War 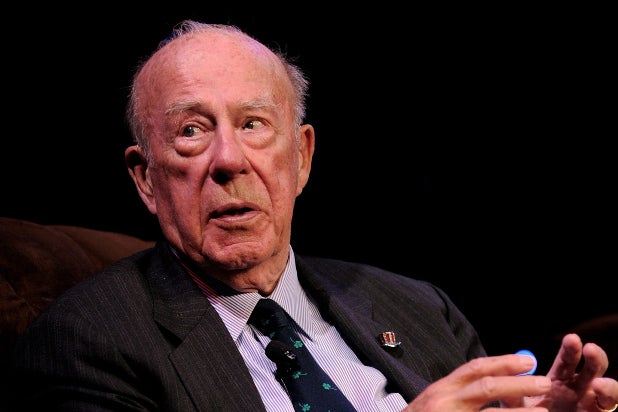 George Shultz, who served in cabinet positions under two Republican presidents in the 1970s and ’80s, died in his Stanford, California, home Saturday. He was 100.

The news of his passing came from the Hoover Institution at Stanford University, but a cause of death was not given.

“Remembered as one of the most influential secretaries of state in our history, Shultz was a key player, alongside President Ronald Reagan, in changing the direction of history by using the tools of diplomacy to bring the Cold War to an end. He knew the value of one’s word, that ‘trust was the coin of the realm, and stuck unwaveringly to a set of principles,” it said in a press release.

“This, combined with a keen intelligence, enabled him to not only imagine things thought impossible but also to bring them to fruition and forever change the course of human events.”

Shultz is one of only two people to have served in four Cabinet-level positions in the White House — Secretary of Labor, then Director of the Office of Management and Budget followed by Secretary of the Treasury for Richard Nixon, and later as Ronald Reagan’s Secretary of State.

The World War II Marine Corp veteran earned a Ph.D. in industrial economics from MIT, where he went on to teach before taking a position as council of economic advisers to President Dwight D. Eisenhower in 1955. Shortly thereafter, he was appointed U.S. Secretary of Labor by President Richard Nixon, at which time he imposed the Philadelphia Plan, which required government contractors to hire minority workers. He later went on to he became the first director of the Office of Management and Budget and, two years later, the Secretary of Treasury.