Ludacris is officially a Panther for life — he just got some southern hospitality at his alma mater Georgia State University: an honorary degree in Bachelor of Science in Music Management!

The “Fast & Furious” legend addressed more than 800 master’s degree graduates on Wednesday to kick off the school’s Commencement Week.

Despite attending GSU for a couple of years, Ludacris isn’t your average college dropout. He actually left the Music Management program in the mid-90s … because he signed a record deal with Def Jam Records and released his 2000 breakout single “What’s Your Fantasy.”

The rest is hip hop history. Luda would go on to release several multi-platinum albums and become a staple in Hollywood (including the aforementioned multi-billion “Fast and Furious” franchise) and a happily married father of four. 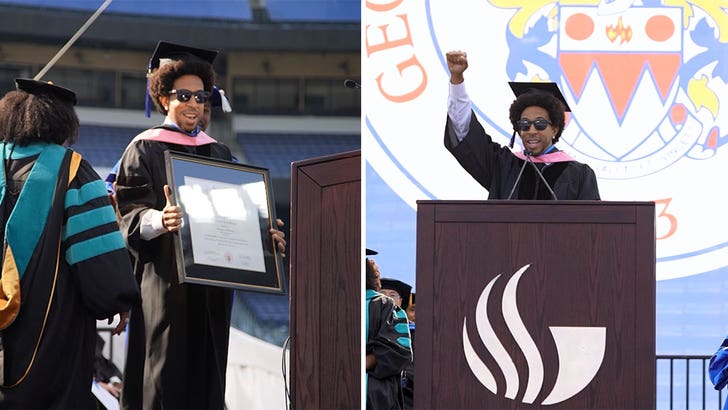 Still, with all his success, Luda was clear to let the graduates know his heart never left the campus and signing to Def Jam was a “once-in-a-lifetime” opportunity.

He saluted GSU for not only having its first African-American President in nearly a century, but also for graduating more African-Americans than any other university in America!

Congratulations to everyone … time to celebrate with chicken and beer!