Prince Harry’s decision to open up about theRoyal Family in his bookSpare has been blasted as “disrespectful” by Prince Philip of Serbia.

Philip, 40, said that the Duke of Sussex, 38, was “making a lot of money” from hisNetflix documentary and tell-all memoir – and added that he thinks Harry has become “too woke” since meeting wifeMeghan Markle.

The memoir was officially released on Tuesday – with the English language editionselling more than 1.4 million copies on its first day of publication, making it thefastest-selling non-fiction book ever.

In an interview with GB News, Prince Philip of Serbia said: “It's all theatre, he's making a lot of money out of it, both him and Meghan. I think that's disrespectful towards the family.

“They said they wanted to be left alone, but here they are making $100 million Netflix shows and then he's going on to huge interviews and they are coming up with a book called Spare – it's probably some Freudian fantasyland in there.

“I used to sort of relate to Prince Harry when I was younger. He had the cheeky side, it was all quite fine and everything. 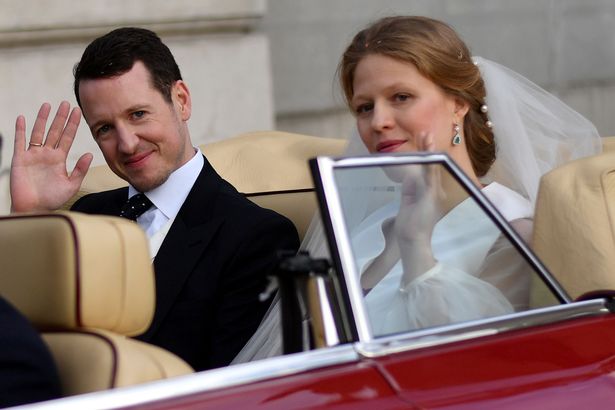 “I had respect for him but since he's got together with Meghan, and there’s nothing wrong with Meghan, but they became a little bit too woke.”

Harry’s book Spare has brought anew round of attacks on the Royal Family – two years on from hiscontroversial interview with Oprah Winfrey, and just weeks after hisNetflix documentary series levelled a fresh round of damning claims against the monarchy.

The Duke does not hold back in the book – with criticism directed towardsPrince WilliamandQueen Consort Camilla – as well as fatherKing Charles and sister-in-lawKate Middleton.

Among the most explosive allegations in the book is the claim thatWilliam attacked Harry in a row over Meghan Markle.

Harry also claimed that the new Prince and Princess of Wales encouraged him to wear hisinfamous Nazi uniform to a 2005 fancy dress party.

In another section, he alleged his father Charles told his later motherPrincess Diana that 'my work is done' after shegave birth to a 'spare' second son, before revealing he killed 25 people while serving as an Apache helicopter pilot in Afghanistan.

The memoir also contains a number ofintimate revelations about King Charles- as well as someilluminating insights into royal life.