Rob Kardashian gave fans a glimpse at his impressive weight loss in a rare social media snap on Monday.

The sock entrepreneur radiated happiness as he was seen giving his niece Stormi a hug in a sweet snap to mark her third birthday.

As Rob, 33, is banned from using Instagram after uploading nude pictures of ex Blac Chyna, his mother and momager Kris Jenner, 65, will have been behind the post. 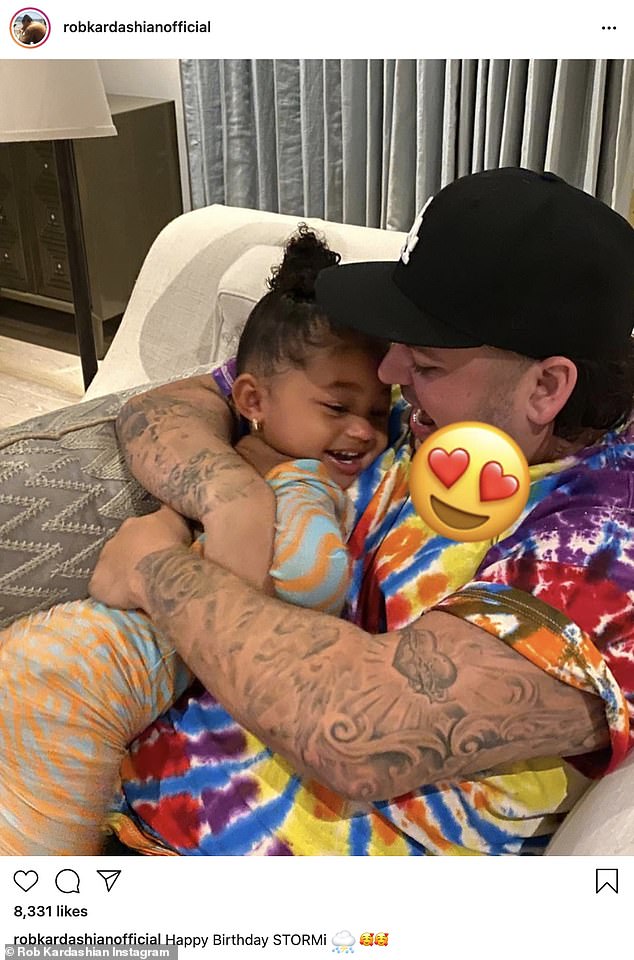 Sweet: Rob Kardashian gave fans a glimpse at his impressive weight loss in a rare social media snap on Monday as he wished niece Stormi a happy birthday

Nonetheless, Rob looked every inch the proud uncle as he cuddled Stormi – the daughter of his sister Kylie Jenner – while wearing a rainbow print T-shirt.

The top offered a glimpse of his physique, which appeared to have slimmed down.

Rob has battled with his weight in recent years and admitted that his weight gain played a part in him not attending his sister Kim’s wedding to Kanye West in Florence in 2014.

In December 2015, he revealed he had been diagnosed with Type 2 diabetes and vowed to overhaul his diet and lifestyle.

Rob also credited welcoming daughter Dream with ex Chyna in 2016 as motivation for him to slim down and get healthy. 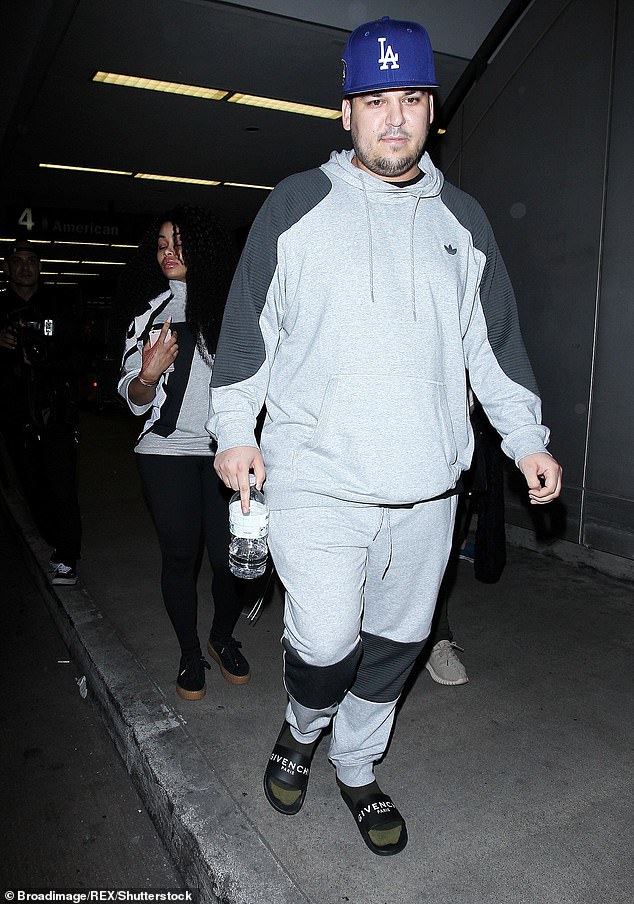 Struggle: Rob has battled with his weight in recent years and in December 2015, he revealed he had been diagnosed with Type 2 diabetes (pictured in 2016 with ex Blac Chyna)

However, his weight has continued to yo-yo and he’s revealed previously that at his heaviest he tipped the scales at around 300 pounds.

In the summer of 2019, Rob started exercising again and working out with sisters Kim, Kourtney and Khloe.

According to TMZ, Rob achieved his weight loss by ‘quitting drinking’ and ‘making better diet choices.’

Yo-yo dieting: Rob, 32, the only son of Keeping Up With The Kardashians momager Kris Jenner, has battled weight issues for years. He’s pictured in 2011, left, and in 2016, right

The star also took a step back from reality TV as he worked on his weight and fatherhood.

Rob has been embroiled in a lengthy three-year custody battle with Chyna over Dream but finally reached an arrangement ahead of the new year.

The pair both have physical custody over their child and will alternate every week, also agreeing to split time over holidays and vacations.

Additionally, they agreed to be drug and alcohol-free while caring for Dream, after Rob reported that the mother of his child was under the influence while taking care of her and got violent on numerous occasions with him.

Rob filed for sole custody of Dream in January 2020 and requested that Chyna only got to see her on weekends with a nanny present, though the request was denied.

While Rob has been increasingly absent from the spotlight in recent years, he will appear alongside his famous family on the final series of Keeping Up With The Kardashians. 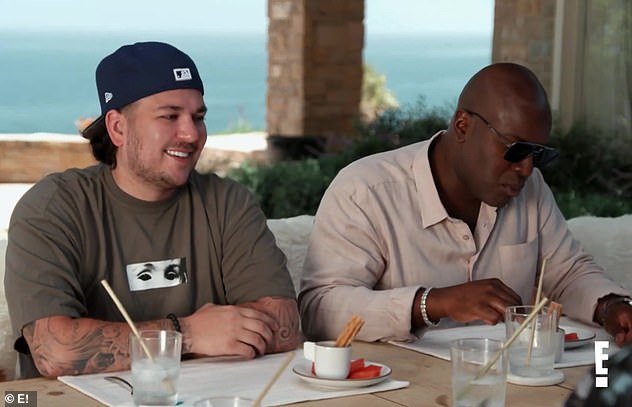 Looking happy: Rob made a rare appearance in the trailer for the final season of Keeping Up With The Kardashians, which dropped last month, alongside Corey Gamble