Home » Celebrities » Strictly can't get much more diverse than that!

Strictly can’t get much more diverse than that! Four contestants and not a single straight white man – the dream semi-final for BBC chiefs who wanted a ‘less pale and stale’ series

The BBC has been praised for having the most diverse Strictly Come Dancing semi-final in the show’s history.

Great British Bake Off winner John Whaite – who is dancing as part of the first all-male couple with Johannes Radebe – and TV presenters AJ Odudu and Rhys Stephenson were also taking part.

Ms Odudu, who danced with Kai Widdrington, said: ‘It’s been such a beautiful year being in Strictly in one of the most diverse years ever and I really think it’s beautiful. 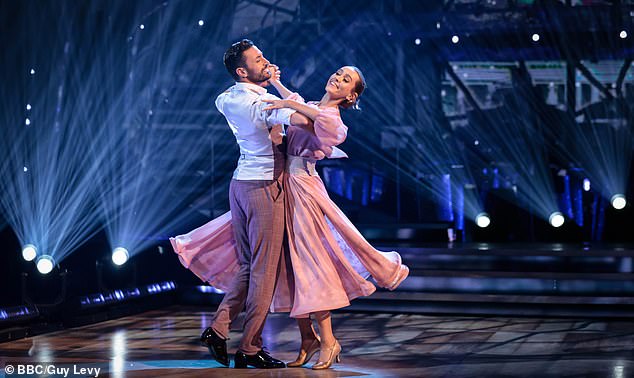 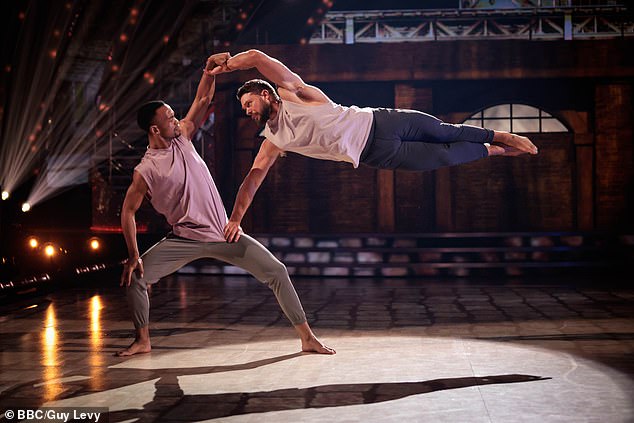 I think the change will continue, hopefully.’

One source said: ‘There is a great deal of delight that Strictly is reflecting Britain today with its line-up. This year and last, there was a real effort to ensure that there was diversity – particularly with the introduction of the same-sex couples. Last year it didn’t go quite so well, but this year has been an absolute triumph.

And viewers have clearly loved it. Audience figures have been really high.’ 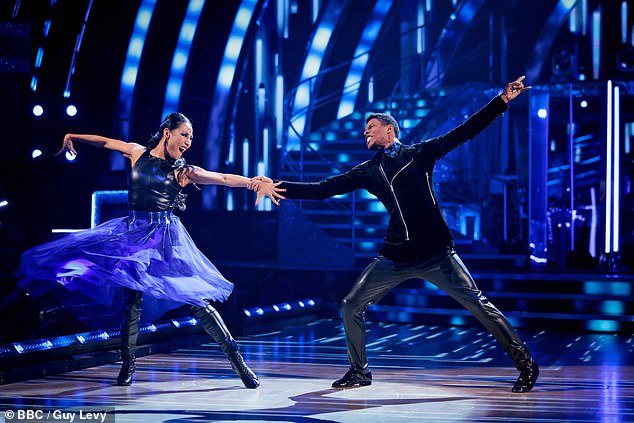 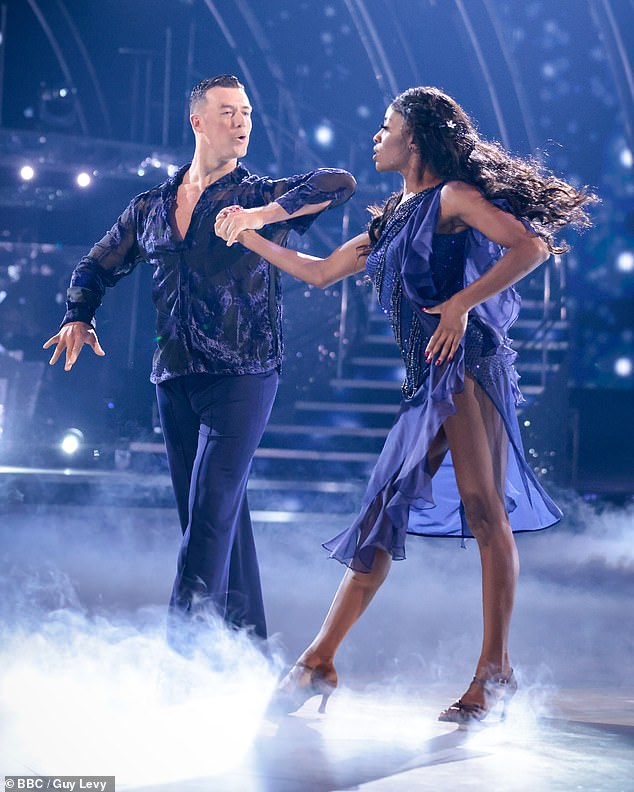 Modern dance: AJ Odudu and Kai Widdrington are seen as they performed together

Last night, LGBT and human rights campaigner Peter Tatchell said: ‘It was great to see two men dancing together. The public seem to be totally accepting. It shows that the BBC’s reticence to have a same-sex couple for many years was based on misplaced fears about negative public reaction that have not materialised.’

Mark Atkinson, chief executive of The Royal National Institute for Deaf People, said: ‘Rose has shown us that she’s an outstanding dancer and that deaf people can do anything – whether that’s dancing, acting or performing.’

Ms Odudu and Ms Ayling-Ellis were joint top of the leaderboard in the semi-final with a perfect 40 and a 39 for their two routines.