Home » Fashion » I work in Walmart – people say I look absolutely beautiful out of the uniform, it’s a totally different look | The Sun

A WALMART staffer has left fans stunned after swapping her work attire for a relaxed look.

TikToker Ja’Kera Williams shared what she wears when she's not working at the supermarket. 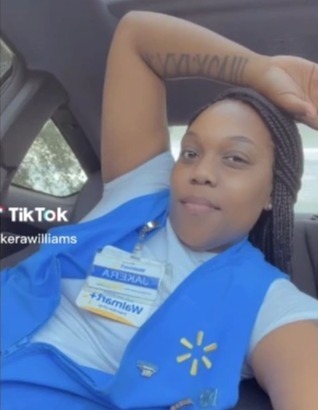 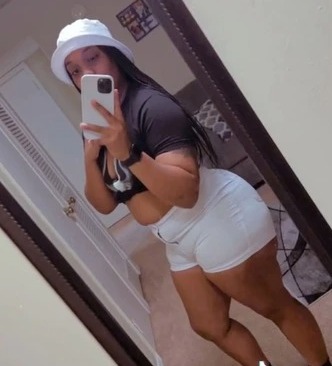 Some said that she looked “absolutely beautiful” in her casual attire.

In a viral TikTok clip, Ja’Kera shared several selfies where she is sporting a blue Walmart polo, sleeveless jacket, khaki pants, and a pair of white sneakers.

In one picture, Ja’Kera wore a pair of light blue ripped jeans with a dark top.

And, in another outfit change, she decided to sport denim blue shorts, purple and yellow Nike sneakers, and a white top.

Ja’Kera treated fans to an array of hauls as she showed off some of the items that were in her closet.

Fans rushed to share their opinions in the comments section of the TikTok video.

Some posted fire emojis while others resorted to love hearts.

Meanwhile, another Walmart staffer has revealed a trick she uses that makes her uniform more flattering.

She explained that workers have been given a new uniform.

The influencer revealed that she uses a hair tie to improve the appearance of her attire.

She showed her followers that the hair tie is used to hold the extra fabric in place.

Shoppers don't see that she is wearing the fabric as it's hidden by the jacket.

TikTokers loved the idea and commented the trick actually did make her outfit look better.

One said: "I had no idea what to expect but that wasn’t it."

Another one commented: "they look sm better."

And, a third fan commented: "I worked there and they gave me a L when I’m a small lmao it was hugeeee I had to tie mine too! (sic)."

The U.S. Sun told how a Walmart employee apparently got dress-coded for her outfit when she went into the store that she works at on her day off.