Home » Fashion » I’m plus-size and spent $361 on Kim Kardashian’s Skims – I returned most of it, they were unflattering and impractical | The Sun

WHEN a plus-size follower placed a major order of bras and shapewear from Skims, she had high expectations for the haul.

But she wound up sending most of the pieces from Kim Kardashian's brand back because they were unflattering, ill-fitting, and impractical. 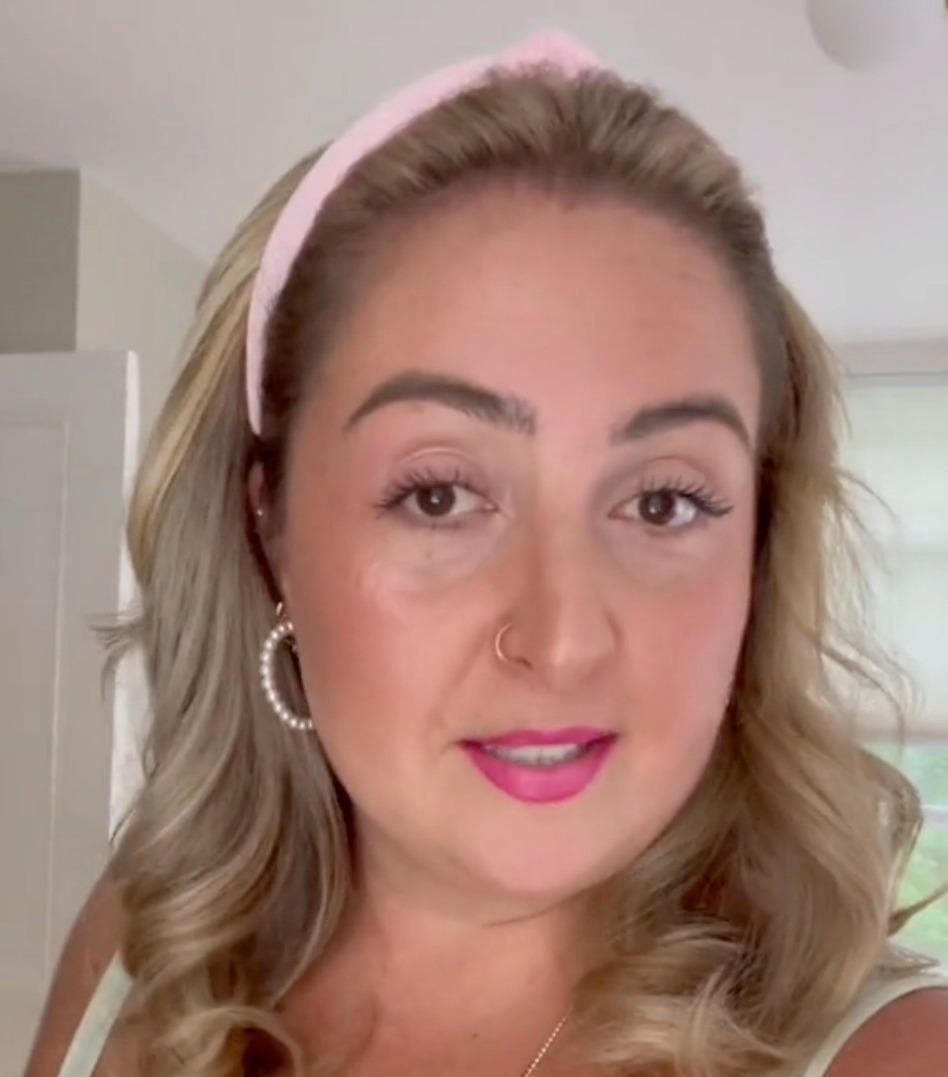 When she placed her first order from Skims, Sarkisian received the $361 shipment in exactly one week. In a video review, she tried on her purchases.

Sarkisian consulted the Skims sizing chart, and since she typically wears a size 16 or XL, she said she ordered her lingerie and shapewear in a size 2X.

"The first is the Scoop Neck Bra," Sarkisian said, modeling the $34 bra from the Fits Everybody collection.

Sarkisian usually wears a 40D cup size, and despite following the size chart, she found the bra shockingly snug.

"This being a 2X is small," she said, pulling at the fabric. "I could've gotten the 3X, but that seems a little bit crazy."

She said the first bra was tight, but not uncomfortable, though it didn't fit her chest properly.

When she moved on to the Bandeau Bra, $28, Sarkisian immediately knew it wasn't a keeper.

"I bought this because I was looking for a strapless bra, but this ain't it," she said.

Despite the tight fit that was "digging" into her skin, the bra provided no real support.

"It's making me have frown boobies," Sarkisian said, tracing the downward slope of her breasts. 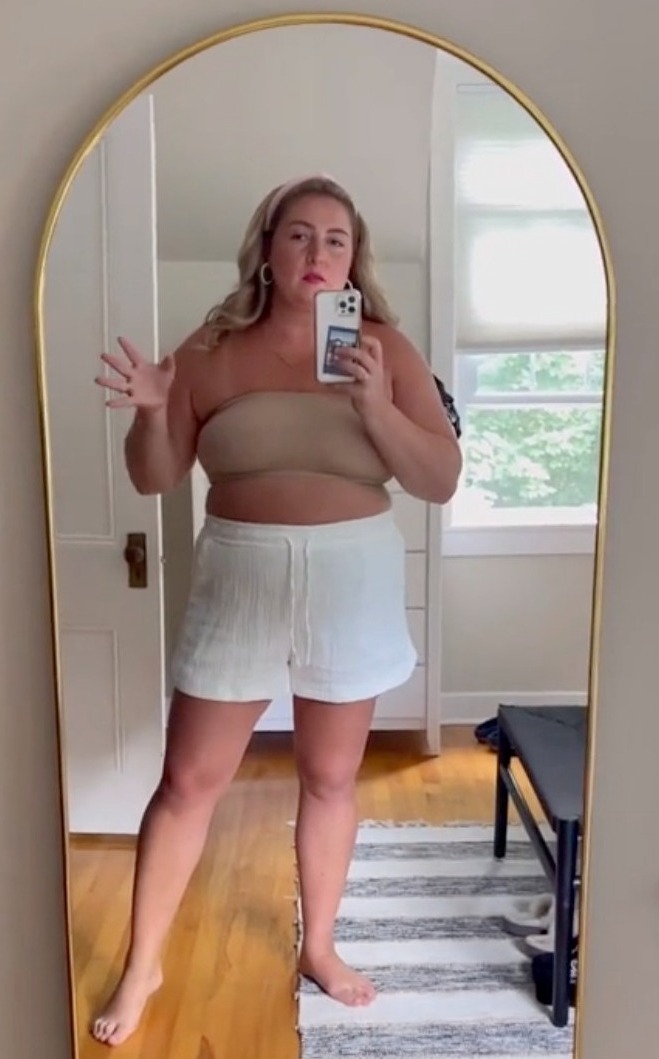 The vlogger had better luck with the $62 Sculpting Bodysuit from the brand.

"I sort of knew what to expect with this," Sarkisian said after she squeezed into the bodysuit. "I knew it was going to be a workout to get on."

The bodysuit looked great with shorts. When she put a clingy dress over the bodysuit, Sarkisian said, it kept her body "nice and tucked in."

"I definitely feel more comfortable and have more support in my abdomen area," Sarkisian said. "I feel less vulnerable if that makes sense."

The last piece she tried was also a bodysuit: the Mid-Thigh Sculpting Bodysuit with Open Gusset, $68.

"What I like about it is that it's lightweight and kind of cooling," Sarkisian said. "I'm not sweating in it."

She tried to pair this bodysuit with a dress, too, but ran into a problem: the high slit on the dress revealed part of the long bodysuit. 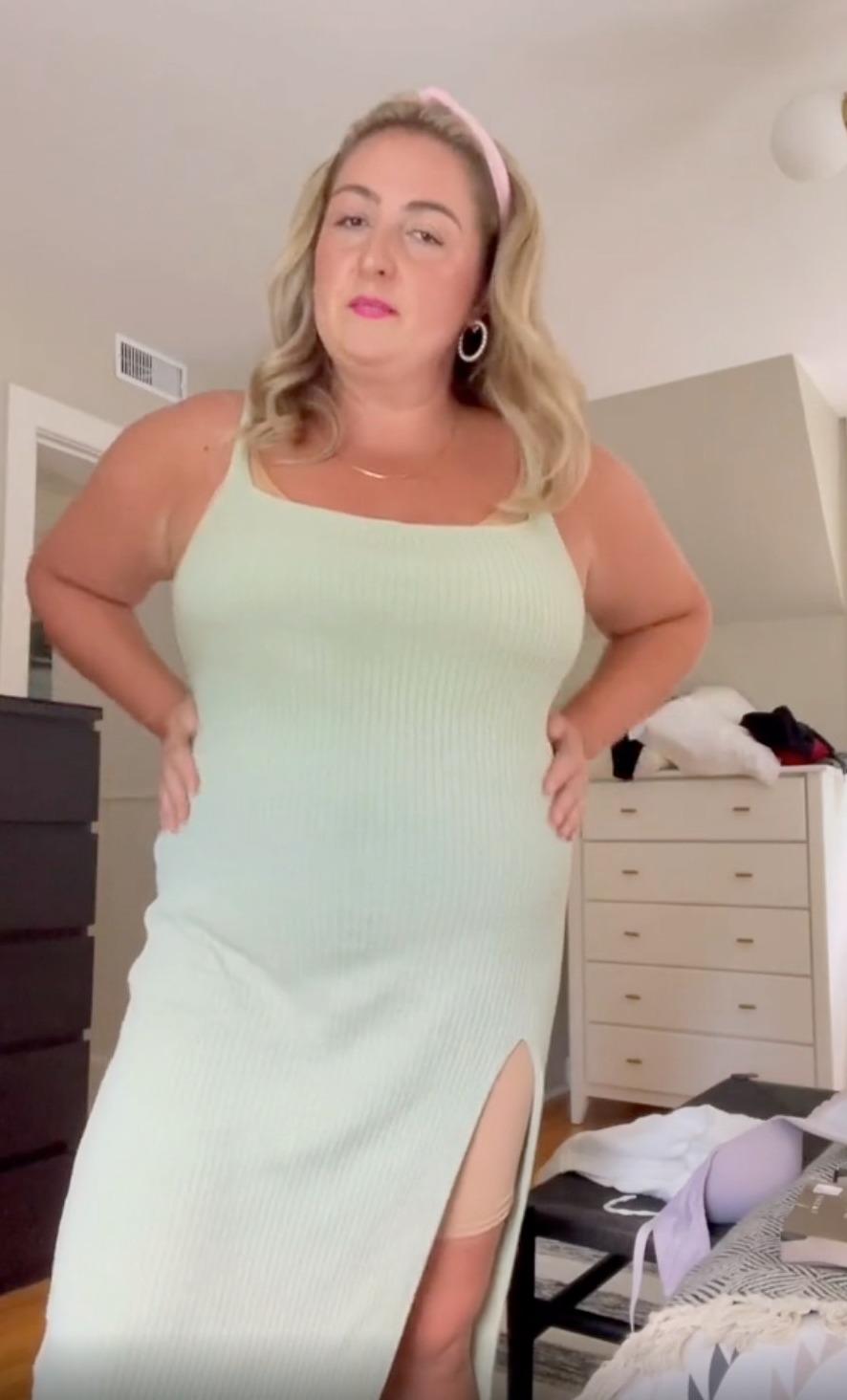 "Oopsie-doodle," Sarkisian said, reaching to roll up the shaping garment.

The plan backfired, though, when the rolled-up spandex started pinching her skin.

"You can't really do that because then you get a bulge," she said.

"Personally, I would've preferred shorter shorts," Sarkisian noted, "but I understand that some ladies need more compression in the legs."

After trying on all the Skims items, Sarkisian printed off a pre-paid label and got an envelope ready.

"I'm returning most of my order," she said. "I'm returning the two bras, that was clear in the video, but I actually decided to return the bodysuit with the shorts."

She described the thigh-length bodysuit as impractical and expensive, especially when compared to the other bodysuit.

"I feel like the bodysuit will work for me, especially since it has the snaps," Sarkisian said.