According to the scientific consensus, the planet we inhabit is truly ancient in every meaning of the world. Scientists estimate Earth took shape some 4.53 billion years ago, life then began in our oceans possibly 3.8 billion years ago, the dinosaurs were wiped out 65 million years ago, and the very first human ancestors arrived on the scene more than four million years ago. Young Earth Creationists beg to differ, however, arguing instead a Biblical chronology of the world’s creation paints a much different picture.

According to certain interpretations of the Bible – from the creation of Adam and Eve to the death of Jesus Christ and our modern times – the Earth is only 6,000-years-old.

The Bible’s Book of Genesis famously begins with the words: “In the beginning God created the heaven and earth.

“And the earth was without form, and void; and darkness was upon the face of the deep.

“And the Spirit of God moved upon the face of the waters.”

Young Earth Creationists believe the world was created in six days, with the seventh being designated as a day of rest.

Similarly, they follow through the chronology of events in the Bible and its various subjects and heroes to determine the planet’s age. 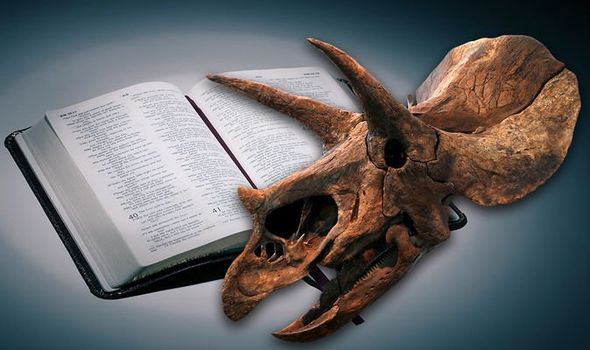 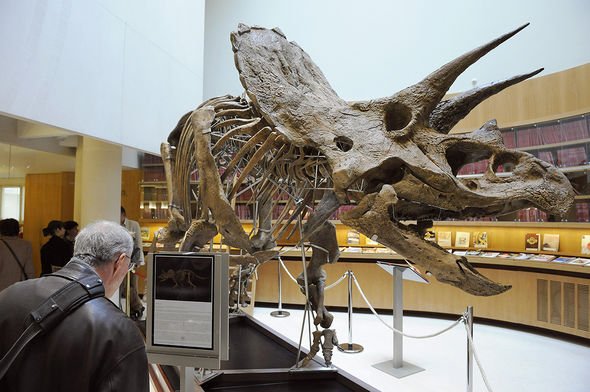 The methodology, which has been criticised by scientists, places the planet’s age somewhere between 6,000 and 10,000-years-old.

But Tom Meyer, a professor of Bible studies at Shasta Bible College and Graduate School in California, US, believes there is more evidence to back the so-called Young Earth Theory – evidence that could dramatically change our understanding of mankind’s place on Earth.

In particular, the Bible expert told Express.co.uk there are peculiar gaps in the fossil record of certain dinosaurs, which he believes, clash with the scientific theory of evolution.

Professor Meyer said: “The fossil record demonstrates that the design of dinosaurs is the result of intention and purpose, not chance combination. This is clearly demonstrated in the triceratops.

“The head of the triceratops was among the largest of all land animals, making up about one-third of the dinosaur’s total weight. Their head was so strong that it could support two huge horns that protruded from its skull.

“These horns may have been used in mating rites as well as for combat purposes, etc.

“The head of an adult triceratops, which could have weighed thousands of pounds, was attached to the body by means of the occipital condyle.”

According to Dr Dan Biddle, a devout creationist and president of Genesis Apologetics, the occipital condyle sat at the base of the dinosaur’s skull.

This feature is a hard and round-shaped bone that mounted into the end of the triceratops’s spine.

This bone securely attached the beast’s head to the rest of its body, while allowing it to move around and slam into other dinos.

Professor Meyer said: “Interestingly, there are absolutely no semi-Triceratops fossils with ‘evolving’ occipital condyles in the fossil record.

“Every occipital condyle ever found by palaeontologists is 100 percent complete.

“Additionally, despite some 30 million dinosaur bones that have been discovered, with estimates that they represent some 700 different species, not a single common ancestor has been or ever will be found.

DON’T MISS…
‘Rediscovery of Hittite civilisation’ proves Bible is right – claim [INTERVIEW]
Where is Jesus’s tomb? Archaeology and Bible point to exact location [INSIGHT]
End of the world: What the Bible said must happen before Jesus returns [ANALYSIS] 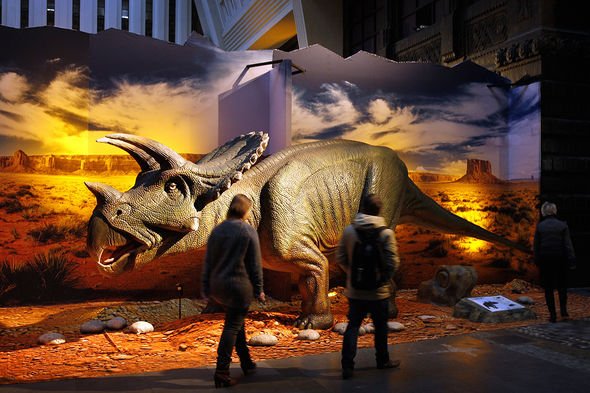 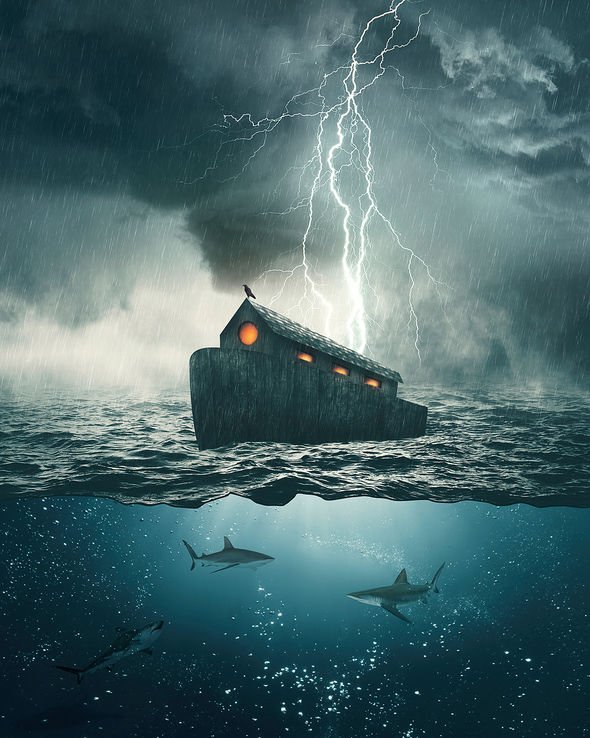 “Not only are there no common ancestors in the theoretical evolution of dinosaurs which covers a supposed time span of 155 million years, but secular scientists also cannot agree on any of the supposed important transitions between dinosaurs. The truth is there are no missing links.”

Professor Meyer believes dinos in the fossil record “always appear perfect” because they did not have any evolutionary predecessor.

According to Young Earth Creationism, dinosaurs once coexisted alongside man but were wiped out by the Great Flood of Noah.

The Bible expert said: “The reason there is no common ancestor and no evolving occipital condyles in the triceratops record is simple: dinosaurs suddenly appeared on earth completely formed when they were created by the God of the Bible some 6,000 years ago, each one after its kind.

“If evolution – the belief that life began as a random mixture of non-living things – is true, then we would expect to find numerous transitional dinosaurs.

“But none have been found because life began as a result of intention and purpose about 6,000 years ago.”

Scientists, of course, would refute these claims and offer geological records and radiocarbon dating to back their discoveries.

Geologists, for instance, point to the planet’s composition as evidence of the planet being billions of years old.

David R. Montgomery, a Professor of Earth and Space Sciences at the University of Washington, argued this position in 2015.