Home » Jupiter and Saturn to be visible this week: How to see the giants of the solar system

Over the coming days, the solar system’s two largest planets will be visible from Earth. Both Jupiter – dubbed the ‘King of the Solar System’ – and the ringed-planet Saturn will be appear in the night’s sky. The Moon will sweep past the two planets, which will be relatively easy to see.

How can I see Jupiter and Saturn?

Shortly before the Sun rises on May 3, look up to the half-illuminated Moon.

The bright object above and slightly to the left of the lunar satellite will be the jewel of the solar system, Saturn.

It will not be until the following day, May 4, that Jupiter also takes its place in the sky.

Again use the Moon, about 45 minutes before sunrise, to discover the planets. 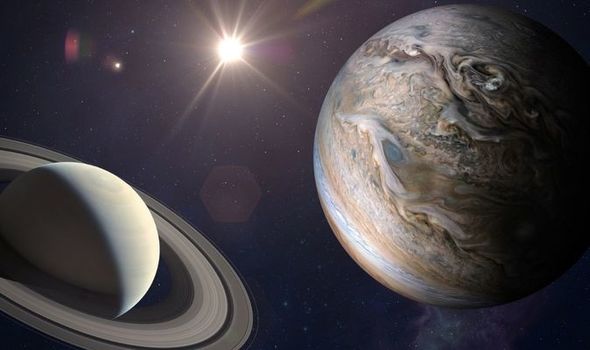 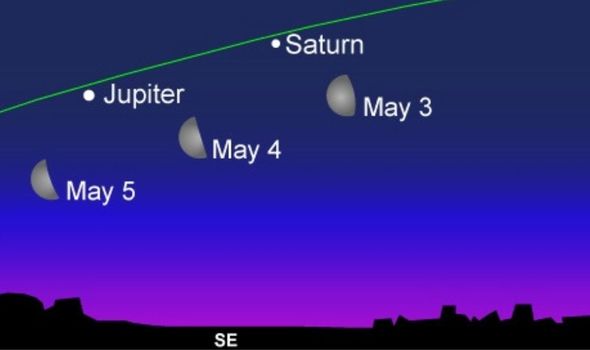 This time around however, Saturn will be the bright celestial body if you look up and to the right of the Moon.

Jupiter will appear above and the left, with the trio completing an almost perfect triangle.

On May 5, both planets will appear to the right of the Moon, although they may be too faint by this point.

The two planets will appear as if they are merely bright stars. 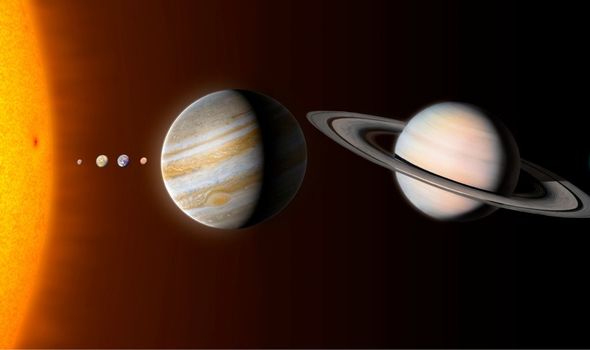 In fact, the word ‘planet’ stems from the ancient Greek word for ‘wondering star’ as astronomers from the old Mediterranean world believed they were stars which moved through the sky.

It will be an early start to the day if you wish to see the planets.

A telescope will come in handy for those wishing to get a closer look. 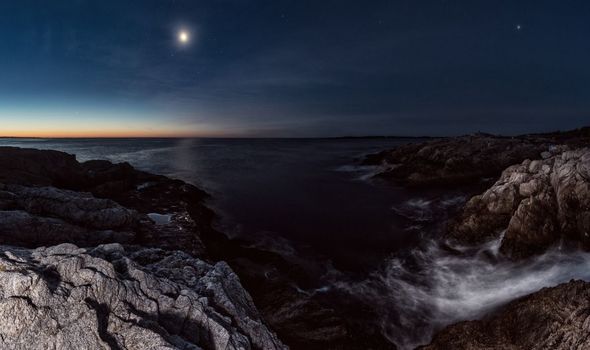 However, Jupiter and Saturn should just about be visible to the naked eye.

Unfortunately, as is becoming the standard for the UK in 2021, clouds may obscure your view.

The Met Office is forecasting clouds in the “early morning” for both May 3 and May 4.