The caldera inside Yellowstone National Park is dubbed a supervolcano due to its capacity to inflict untold global devastation in the event of a supereruption. It was formed during the last three big events over the past 2.1 million years, with the most recent Lava Creek eruption occurring approximately 630,000 years ago. Located beneath the states of Wyoming, Montana and Idaho, the area is constantly monitored by the USGS (United States Geological Survey) for signs that history could repeat itself.

And National Geographic’s documentary ‘America’s National Parks’ claimed it will one day.

The narrator said: “The days of summer pass all too quickly here.

“Yellowstone’s magnificent landscape is a study in contrasts. This part of the Rockies is ancient, about 75 million years old.

“But the steaming plains are constantly being reborn thanks to the supervolcano simmering below. 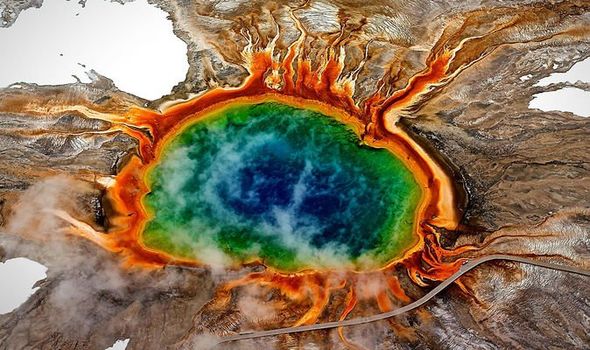 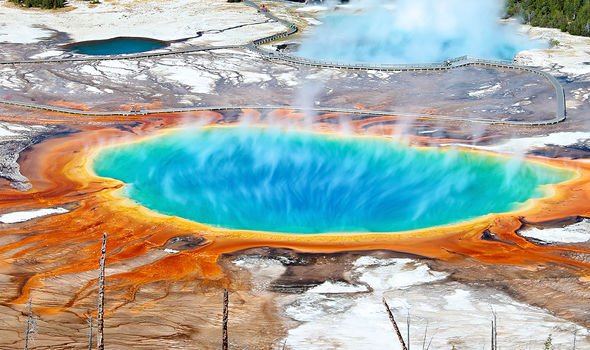 “Here, the guts of the planet are perilously close to the surface.”

The series, shared on its YouTube channel last month, went on to identify what are believed to be clues that another supereruption could happen.

It added: “Gurgling mud pots and fumaroles like the red spouter in the Fountain Paint Pot give the barest hints of the power beneath.

“And the geysers remind us that it fully intends to blow again. 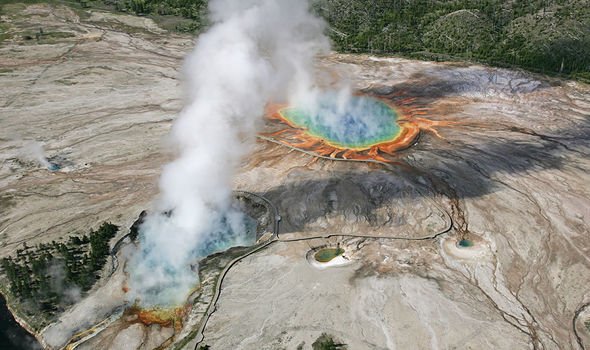 “Some say it is overdue.”

Scientists feared when Steamboat Geyser suddenly erupted – spewing steam, mud, sand and rocks into the air – that it could be a sign of volcanic activity beneath Yellowstone.

But a new study, published in the journal Proceedings of the National Academy of Sciences, concludes that Steamboat’s frequent activity does not foretell a volcanic blast.

Yellowstone’s supervolcano has not had a major eruption in 70,000 years, but scientists are constantly looking for hints of when the next “big one” may occur. 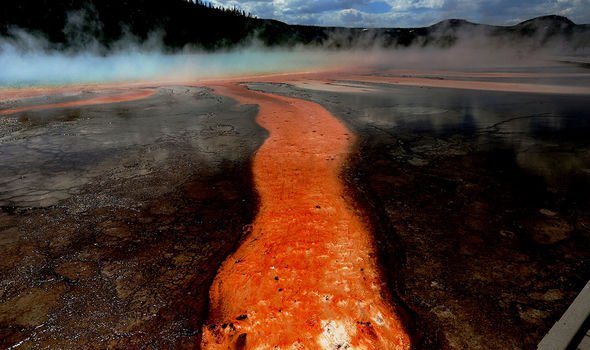 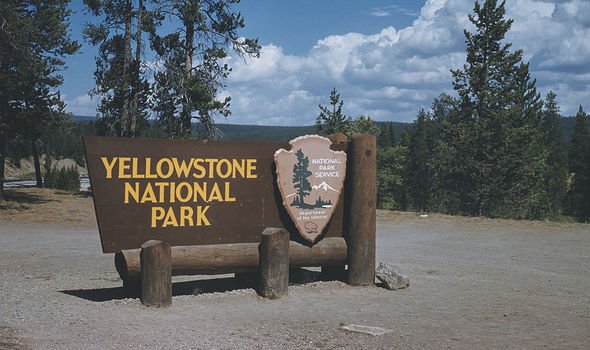 And while Steamboat Geyser has sprung back to life, scientists argued that its sudden activity did not come along with the underground magma movement often seen before a volcanic eruption.

Study author Michael Manga said: “We didn’t find any evidence that there is a big [volcanic] eruption coming.”

The USGS say there is no reason to fear a Yellowstone supereruption in our lifetimes.

Experts at the government agency estimate the probability of an eruption at one in 730,000 in any given year.

And a recent study also suggested that the hotspot could currently be in a state of decline.

This finding was based on an analysis of volcanic deposits that were scattered across tens of thousands of kilometres in the region.