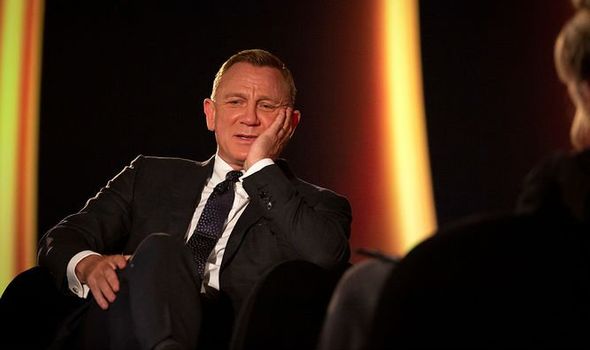 Daniel, 53, made a list of pros and cons before a friend warned him that not playing 007 would be the biggest regret of his life.

He said that producer Barbara Broccoli, 61, had already made up her mind about casting him and revealed she later “bullied” him into returning for his fifth outing as Bond in No Time To Die, which comes out on Thursday.

Looking back on his career at a Bafta event in London, Daniel said he initially expressed doubts about being cast as 007 for 2006’s Casino Royale and he told Ms Broccoli: “Thank you, flattering, but I think you’ve got the wrong guy.”

He said: “Barbara had already made up her mind. I never thought it would come on my radar. I was like, that’s such a lot of pressure and God almighty, that’s going to be such a momentous thing.

“Am I ready? I’m really enjoying what I’m doing. Look, I’m doing Munich. I’ve got, as far as I’m concerned, a really successful and satisfying career going. Why would I want to mess that up by doing this?

“I don’t know where my brain was but I have some good friends.

“I literally made a list of pros and cons. And the pros outweighed it. It was one of my closest friends who said, ‘This doesn’t happen to people’. He said, ‘You’re gonna regret this for the rest of your life if you don’t do this’ and like yeah, sitting in a bar going I could have been Bond. And now it’s just going to be: I was Bond, which is worse!”

He told interviewer Edith Bowman that he was given the chance to “try to reinvent it a bit, try and make it fresh again – and that’s what we’ve always tried to achieve with it”.

Daniel said he got into acting after sneaking into his home town’s cinema on the Wirral.

“I lived in a small town and there was one cinema, a proper fleapit, and all the movies had literally been around the country five times before they got to us.”

The actor said starring in 2004’s Layer Cake had an “amazingly positive” effect on his career and led to him being offered leading roles.

Daniel, who previously said he’d rather “slash my wrists” than continue playing Bond after his fourth film, said it was Ms Broccoli who changed his mind.

He had suffered injuries during the filming of Spectre but “someone again persuaded me to do it”.

“Barbara Broccoli bullied me and I’m gonna say that right here and I’m so happy I did.”

Recalling his final day on set for No Time To Die, he said: “It was the last shot and you know we were in the right place – we were in a dirty backlot in Pinewood, pretending to be in Cuba.

“I realised I’ve been working with these people, some of them, for nearly 30 years in the film industry. It’s just always about the team. Barbara makes an atmosphere on set where we’re a family.”