WHEN fantasy drama Good Omens ended, fans assumed it would never return as it was based on a single novel by Sir Terry Pratchett.

But since we live in the magical world of TV, where anything is possible, the BBC and Amazon show is set for a second season.

Leading the all-star cast in series one was David Tennant, playing demon Crowley, and Michael Sheen as the angel Aziraphale.

A TV insider said: “The novel and the show gained a real cult following, so devotees will be thrilled to learn about this sequel.

“Although the first series covered the entire Good Omens book, the creators will continue the plot well beyond the story originally penned by Sir Terry.

“But it’s a technique that’s well used in TV and has proved immensely popular in the past, so long as the creators manage to continue the spirit of the original.” 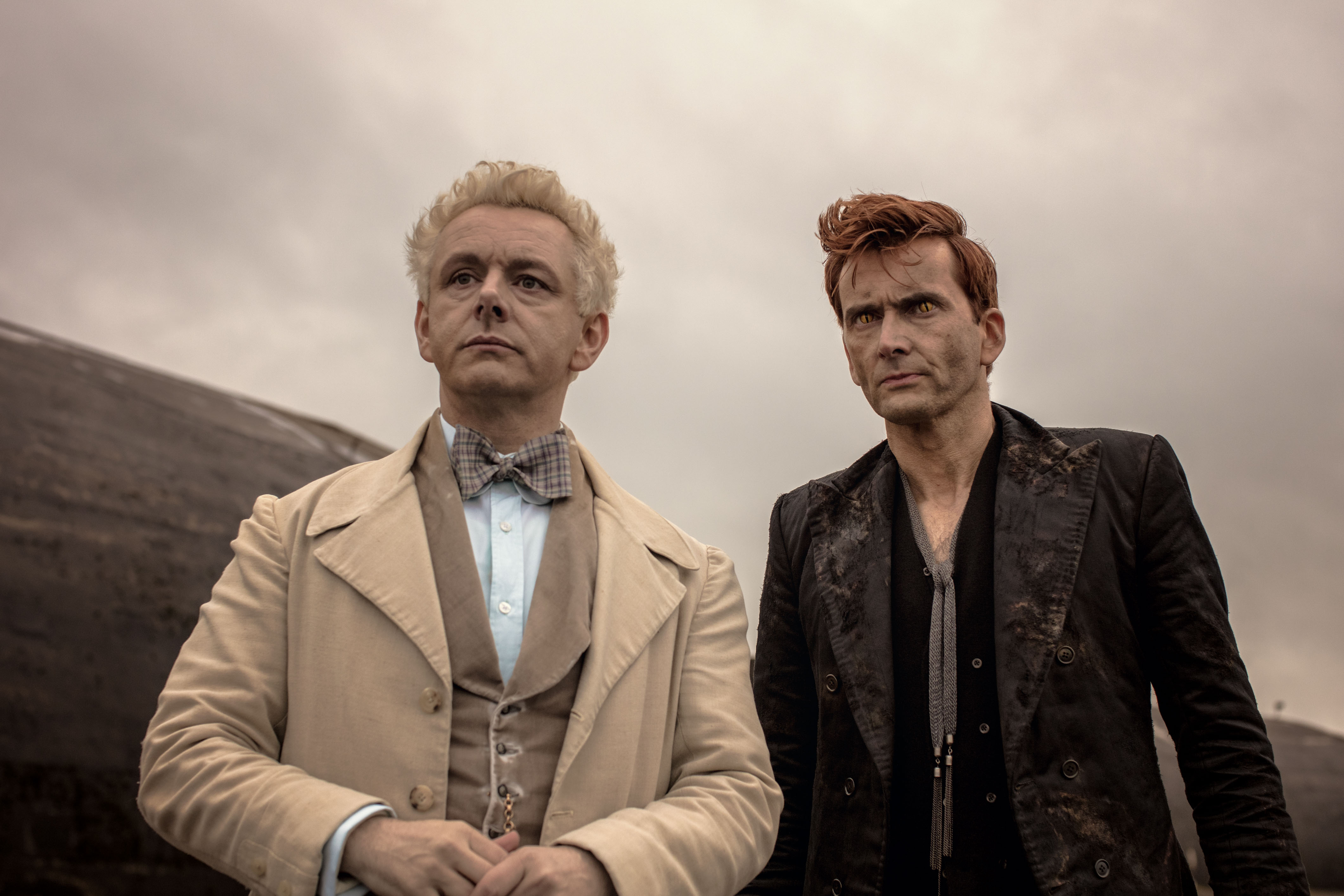 Filming by BBC Studios is likely to begin this year and it could air in 2022.

The first series aired on Amazon Prime Video in 2019 and was repeated on BBC2 last year.

As with Sir Terry’s 1990 book, in the show Crowley and Aziraphale have lived on Earth since the beginning of time.

The pair — representatives of Heaven and Hell — try to stop the world being wiped out by the birth of the antichrist, played by Sam Taylor Buck. 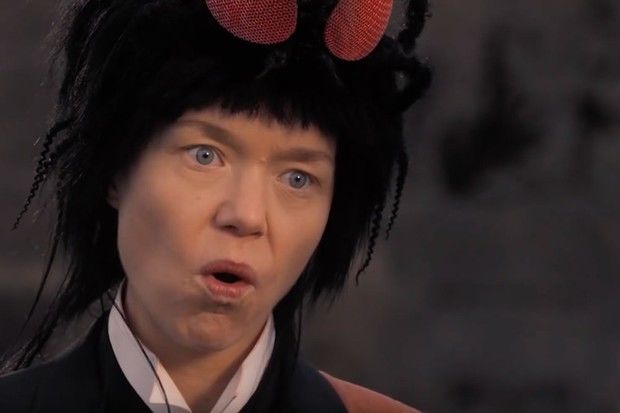 The cast included some of the biggest names in TV and film, including Line Of Duty’s Daniel Mays, Frances McDormand and Anna Maxwell Martin.

And there were some surprise castings in Mad Men’s Jon Hamm, Brian Cox and comedian Jack Whitehall.

If the producers can get a fraction of that cast back together for the sequel it will be more than worth it.

NO, this isn’t the moment Alan Carr discovers he’s run out of hair removal cream.

My snaps show the funnyman transforming into a spexy beast in a spoof of 1981 film An American Werewolf In London for the new series of There’s Something About Movies.

Alan returns as host of the Sky One panel show – which features comedienne Jennifer Saunders and actor Michael Sheen as team captains – at 9pm tonight .

Joining them and regular panelist Tom Allen for the start of series four will be actor and director Dexter Fletcher and comedians Josh Widdicombe and Sindhu Vee.

I’ve got my popcorn ready.

Life with Anton? It's pants

His wife Hannah revealed she has to fight off female fans for his attention.

She said: “Women, when they’ve had a drink, I can just be elbowed out the way.

“It’s quite hysterical how you think no one would actually do that, but they do.”

Speaking on the Johnnie And Tiggy Walker Consciously Coupling podcast, she added: “I wouldn’t advise anyone who is of a jealous disposition to go out with a dancer.

“They’re tactile, and the majority of the time they’re naked or in their pants.

“If you go backstage, they’re all wafting around in their pants, bras and Y-fronts.”

I’d better sort myself an access-all-areas pass for the next Strictly tour.

ELLEN Degeneres is leaving her US talk show after 19 years and more than 3,000 episodes following accusations of a toxic work environment.

The comedy icon said of the programme, which airs on ITV2 in the UK: “As great as this show is, and as fun as it is, it’s just not a challenge any more.”

THIS week’s SAS: Who Dares Wins looks set to be one of the most emotional in the Channel 4 show’s history.

Ant Middleton is forced to call in medics after recruit Jake Hazell, who lost YouTuber girlfriend Emily Hartridge in the UK’s first fatal e-scooter accident in July 2019, suffers a breakdown during a gruelling challenge. 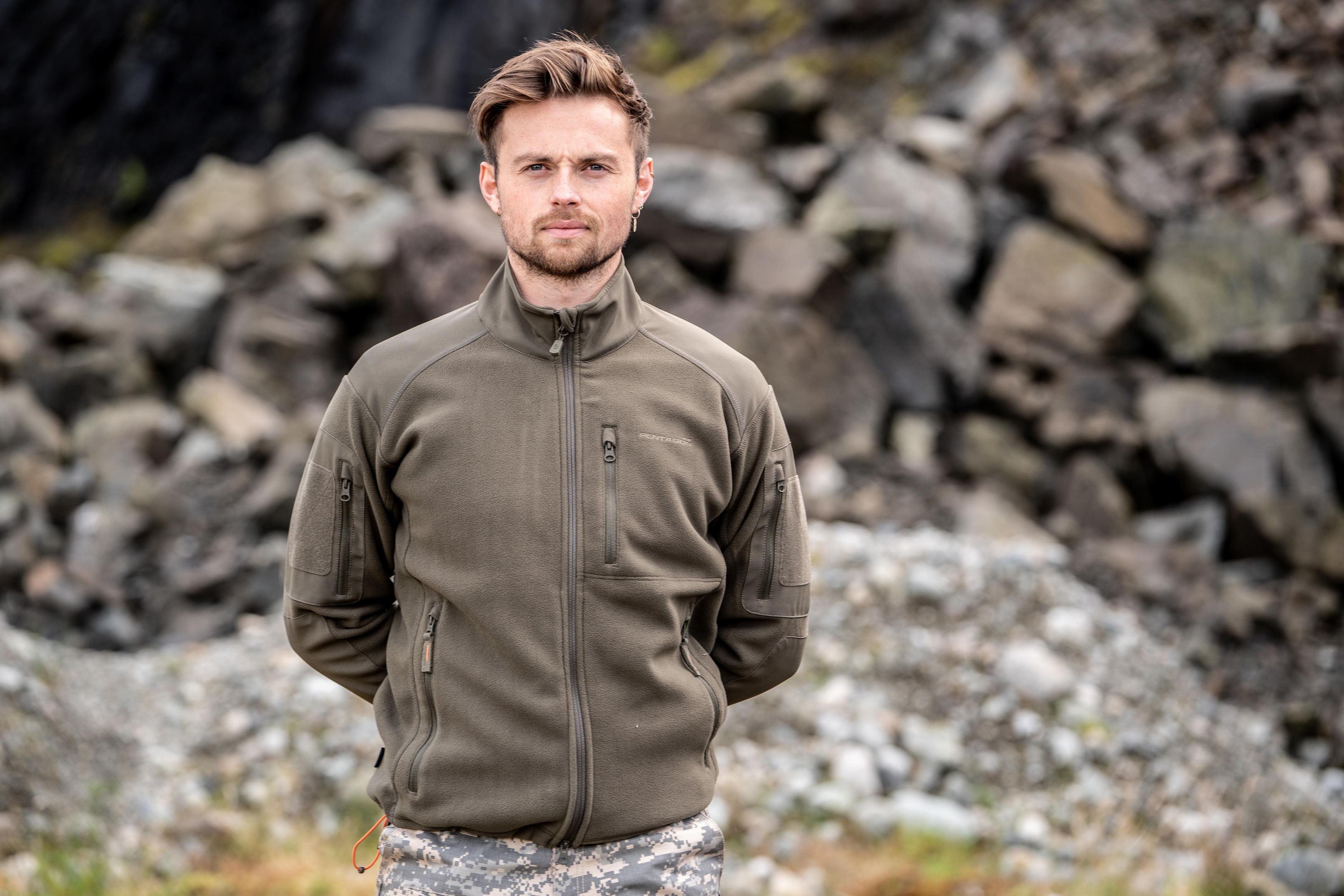 He tells Ant back at base camp: “Normally I’m OK to talk about it. For some reason today is tough.

“Before I met Emily, I was an ex-gearhead, big boozer, city broker, like an idiot.

“Then I met her, I got sober and started to make a turn. This was my soulmate and she passed away on an electric scooter that I bought her.

“Emily has affected my life in every single way imaginable. I lost my heart.

Whatever happens on the show, Jake has already shown true strength.

Ashley: I lost my pals too

HOLLYOAKS star Ashley Taylor Dawson has a personal connection to one of his character’s most hard-hitting storylines.

Reflecting on last year’s heartbreaking plot that saw Darren Osborne deal with depression and his pal Kyle Kelly, played by Adam Rickitt, taking his own life, Ashley said: “I’ve lost five of my friends to suicide throughout my lifetime, people who have been close that I’ve known.

“Three were very good friends, they were all male.

“The first one was when I was 16, and you’re thinking, ‘What must he be thinking to go through that at 16?’

“The plot was a wonderful education for me, because I was that guy who had never approached or dealt with it, never understood it.”

Talking to the Soap From The Box podcast, out Sunday, he added: “It’s been like counselling, it’s been brilliant.

“I’m open to learning and speaking about it more throughout my life now.”