KATIE Price has revealed she is in hospital as she posted a picture from outside the Plaster Room.

The 43-year-old reality star, who has had problems with her feet after a horror fall on holiday in 2020, shared a picture on Instagram. 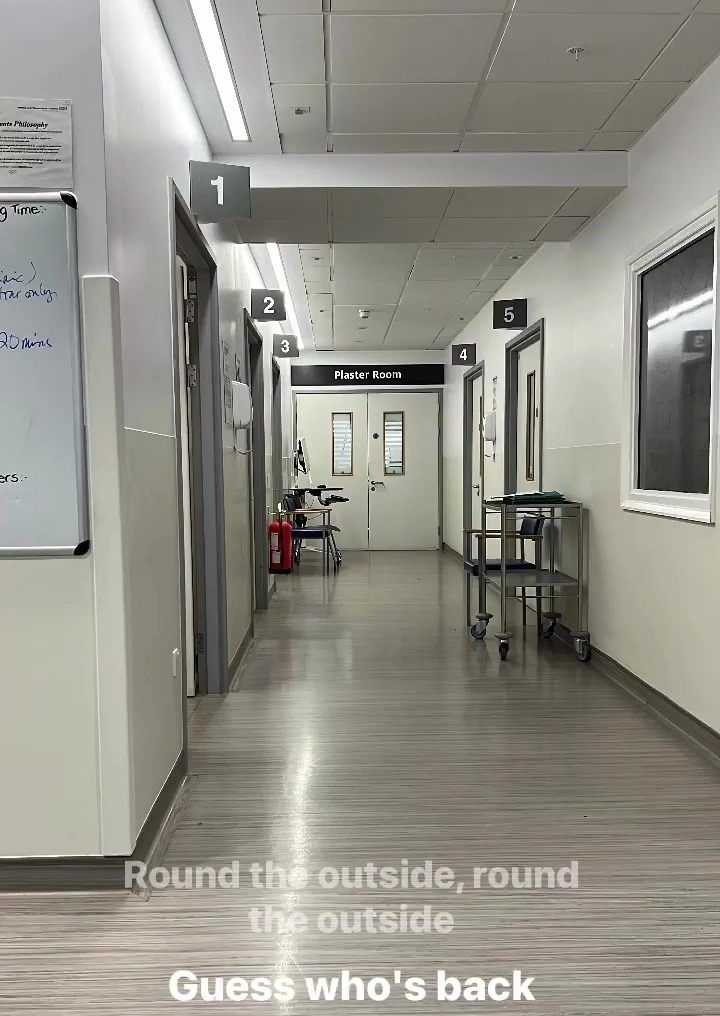 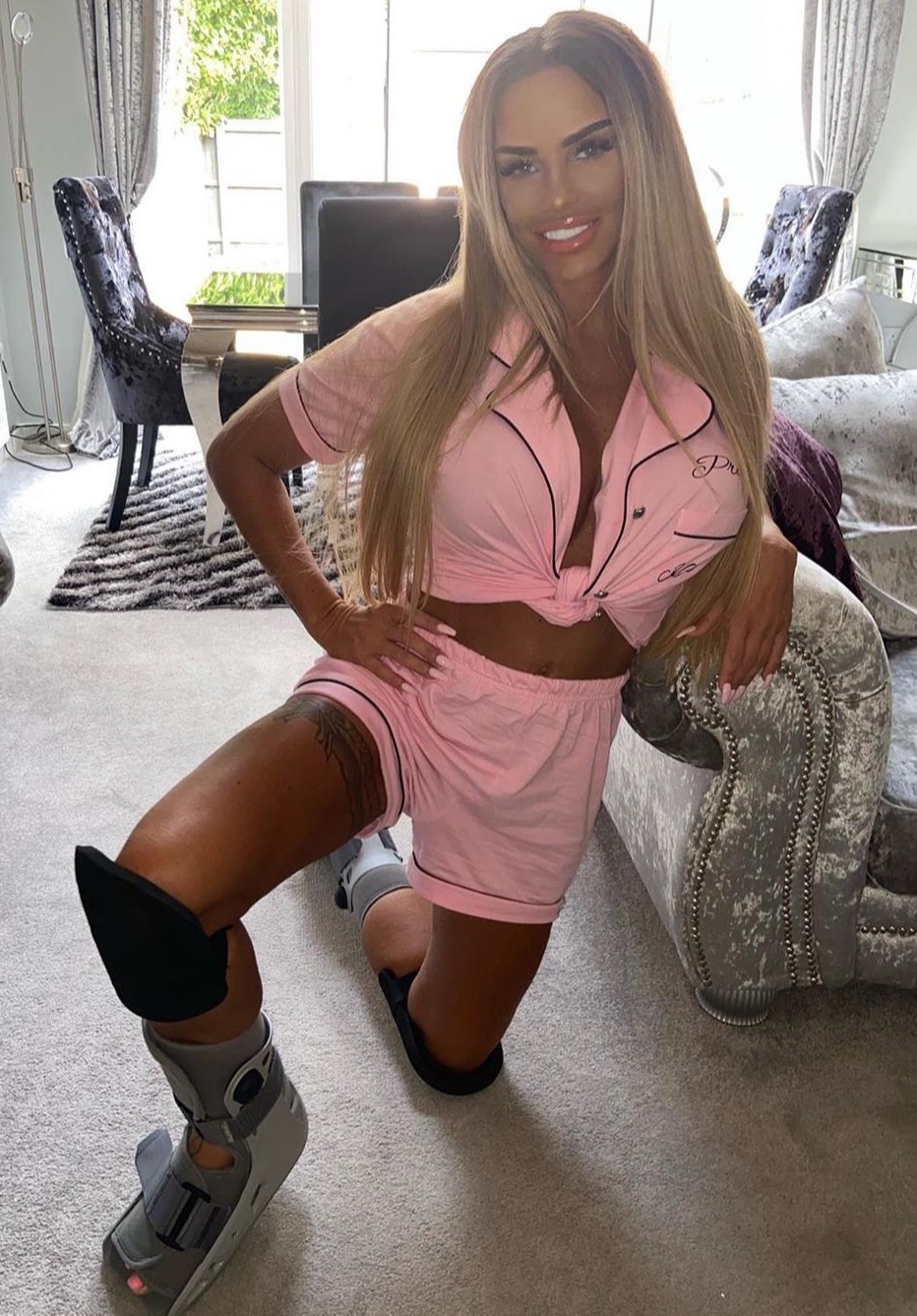 She uploaded the shot – showing a row of treatment rooms on a long corridor, alongside Eminem's 2002 hit Without Me.

Katie didn't offer any other details bar the picture, which appeared alongside the lyrics: "Guess who's back, back again. Shady's back, tell a friend."

She and Carl Woods recently returned to the UK from Las Vegas, where they had pretended they were going to marry – and even bought a wedding licence.

The mum-of-five broke her feet falling from a concrete wall at a hotel while on holiday in Turkey in August 2020.

Pricey was left with two badly broken feet and unable to walk – and she is still suffering with it today.

The damage was so severe that it took an eight-hour operation to fuse the bones in her feet back together.

Earlier this year the former glamour girl told The Sun she is able to walk but only for up to 20 minutes at a time.

She also revealed the accident has left her "disabled and with a limp".

Katie has been commenting on I'm A Celebrity – one of the shows that made her famous – and has promised to do a review every night.

However, her recent video caused a backlash after she called this year's line-up "nobodies".

She asked: "Should I call it, I'm a Non-Celebrity?" and said some of the contestants had "even less followers" than her fiance Carl Woods.

One fan told her: "Be kind, may not be a celebrity in your eyes but probably are in someone else’s." 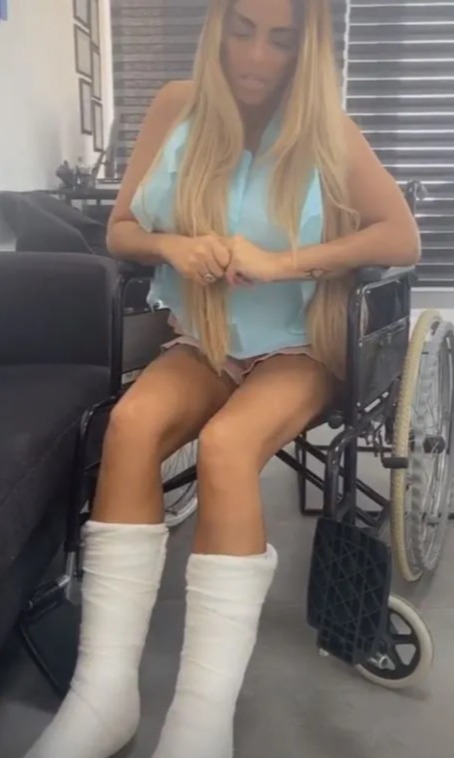 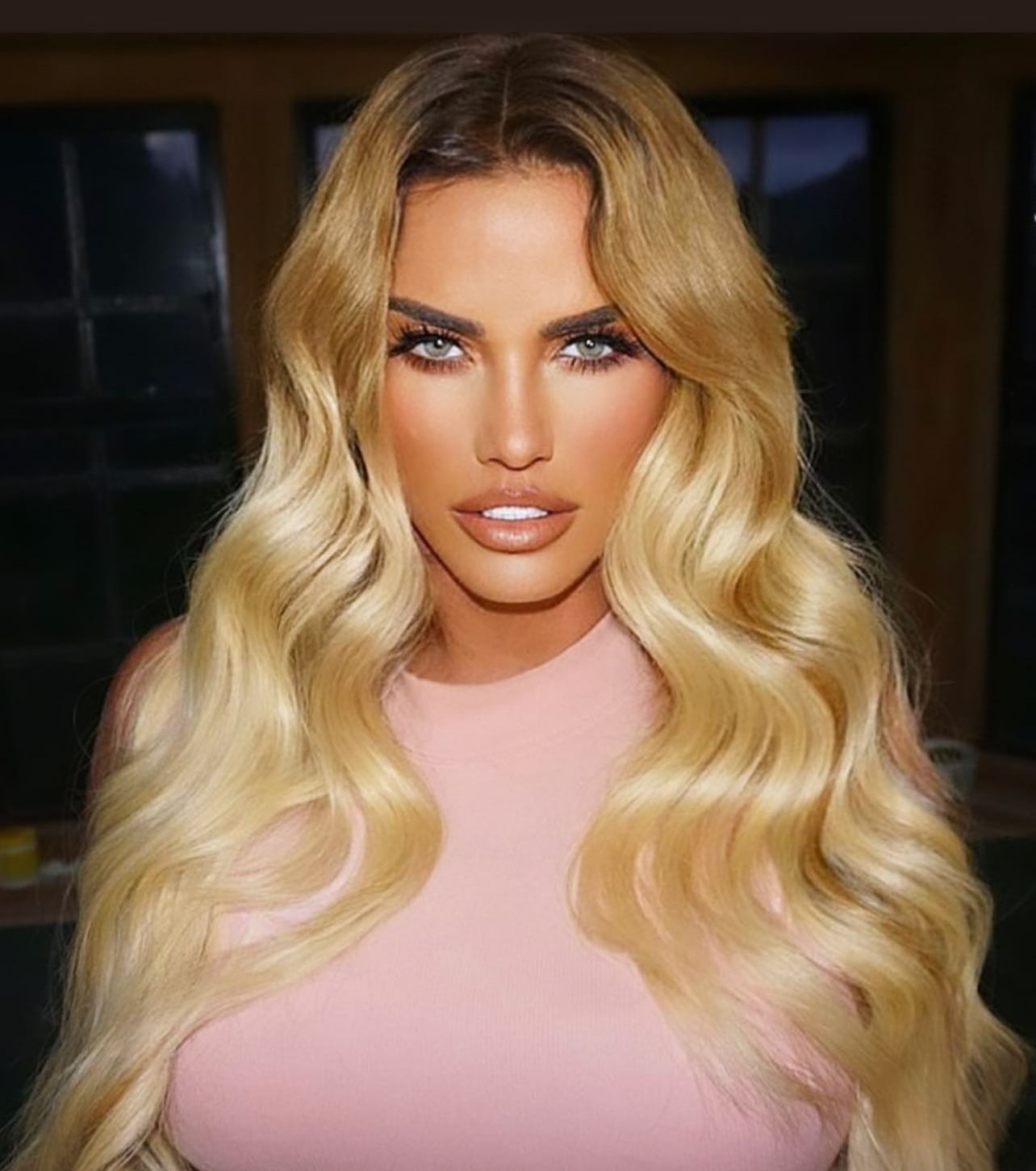