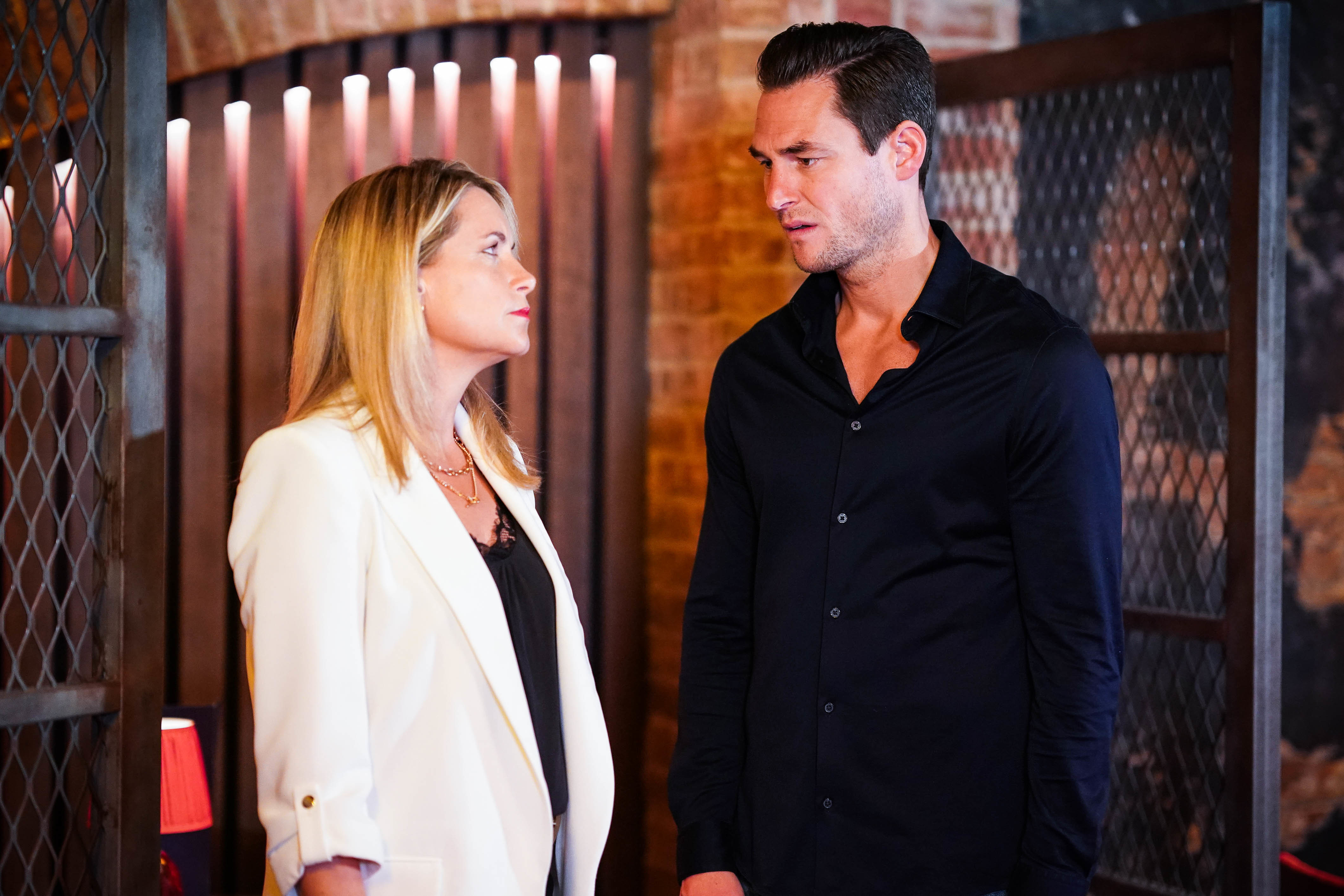 Sam (Kim Medcalf)’s secret deal with Jonah (Mark Mooney) to allow drug dealing at Peggy’s club in EastEnders comes back to bite her in upcoming episodes, as Phil (Steve McFadden) becomes aware of what’s been going on.

The revelations come about after Ben (Max Bowden) dramatically collapses in the street after taking drugs at a party. While the family waits for news about his condition, Zack (James Farrar) tells Sharon (Letitia Dean) what’s happened to Ben. He seems suspiciously on edge and Sharon realises he’s hiding something.

Sharon tells Phil that Sam knew about there being drugs at Peggy’s, and she was deliberately letting it happen.

A nervous Sam realises that Phil is ignoring her calls and guesses something must be afoot. She warns Zack not to say anything about the drugs and tells Jonah she wants the dealing at the club to end.

It’s all too late for Sam when Phil reveals that he knows all about the drugs – and he is not best pleased with his sister, to say the least. It looks like her attempts to assert herself as a True Mitchell have backfired spectacularly.

She turns her anger on Zack, blaming him for Phil finding out what was going on. Zack does feel guilty about what he said to Sharon and offers to make it up to Sam.

She agrees – but her price for forgiving him leaves Zack shaken to the core. What does Sam have in mind?