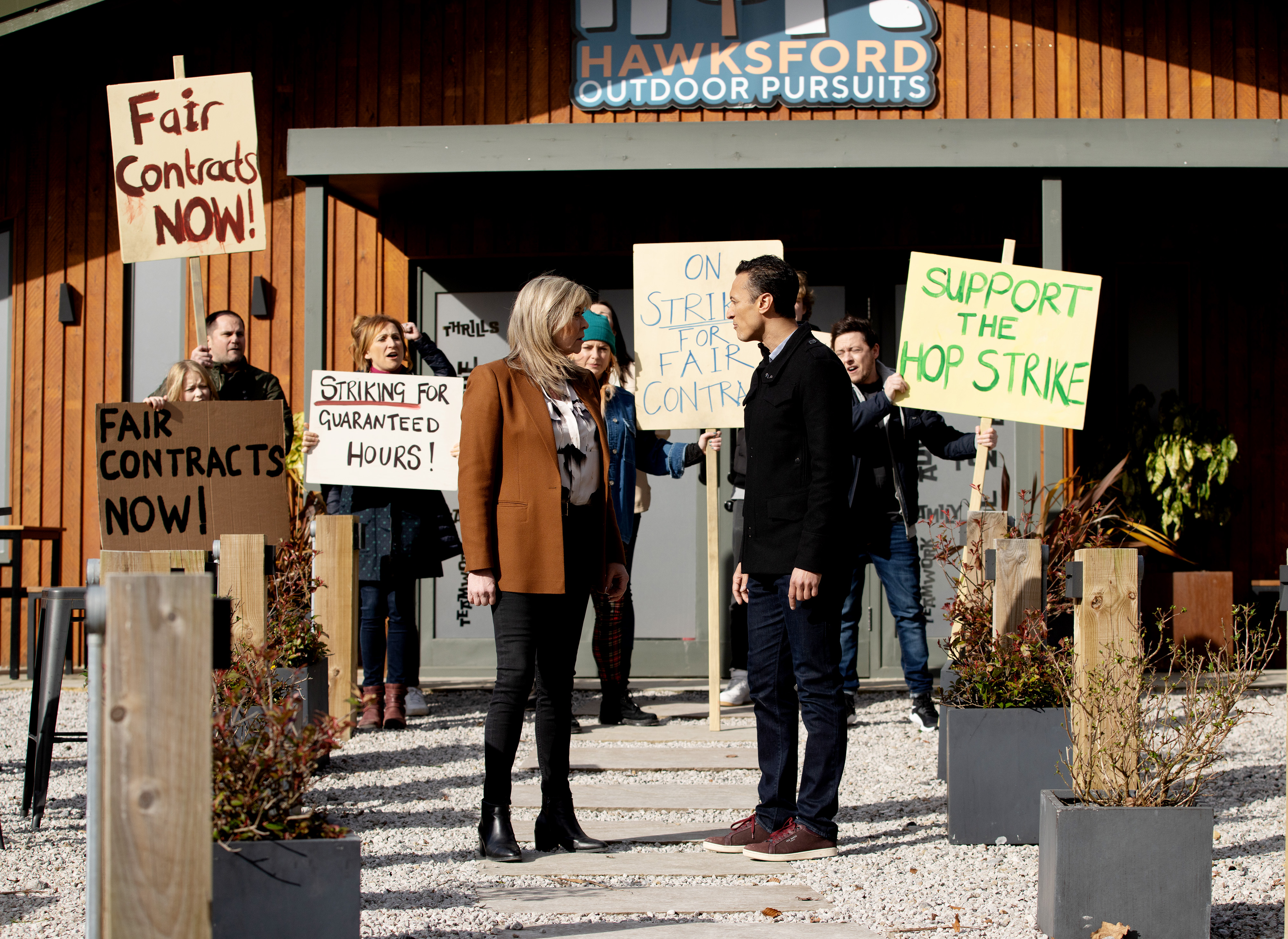 Kim (Claire King) has her hands full in tonight’s Emmerdale, when she arrives at the HOP to be faced with a picket line.

Amy (Natalie Ann Jamieson) and the others are outraged after Kim issued them with new zero hours contracts and are determined to take action until she backs down.

When Jai (Chris Bisson) appears, Kim asks what he’s planning to do about the situation. ‘I’m dealing with it,’ he promises, but Kim is shocked when he reveals that Laurel (Charlotte Bellamy) is also part of the industrial action.

Kim’s response is to demote Jai and she puts him firmly in his place. As Chris Bisson told us, ‘He hates doing Kim’s dirty work! He’s very bitter about how he lost his shares in the HOP. Also the way that she treats him, the way that she speaks to him. He has this internal struggle over whether he wants to do it or not, whether he thinks it’s right or not, but ultimately he’s put in a position now where it’s do it or lose your job. So he’s conflicted.’

It look like Jai’s had enough of Kim and her manipulative ways. As the picket line starts to put customers off, an increasingly angry Kim tells Jai he has to get his staff back to work. But has she pushed him too far this time?

As Jai decides whose side he’s on, his reaction stuns Kim…

In emotional scenes elsewhere, Marlon (Mark Charnock) returns to the village for the first time since his stroke, and Chas (Lucy Pargeter) worries that Cain (Jeff Hordley) won’t let his feud with Al (Michael Wildman) lie.