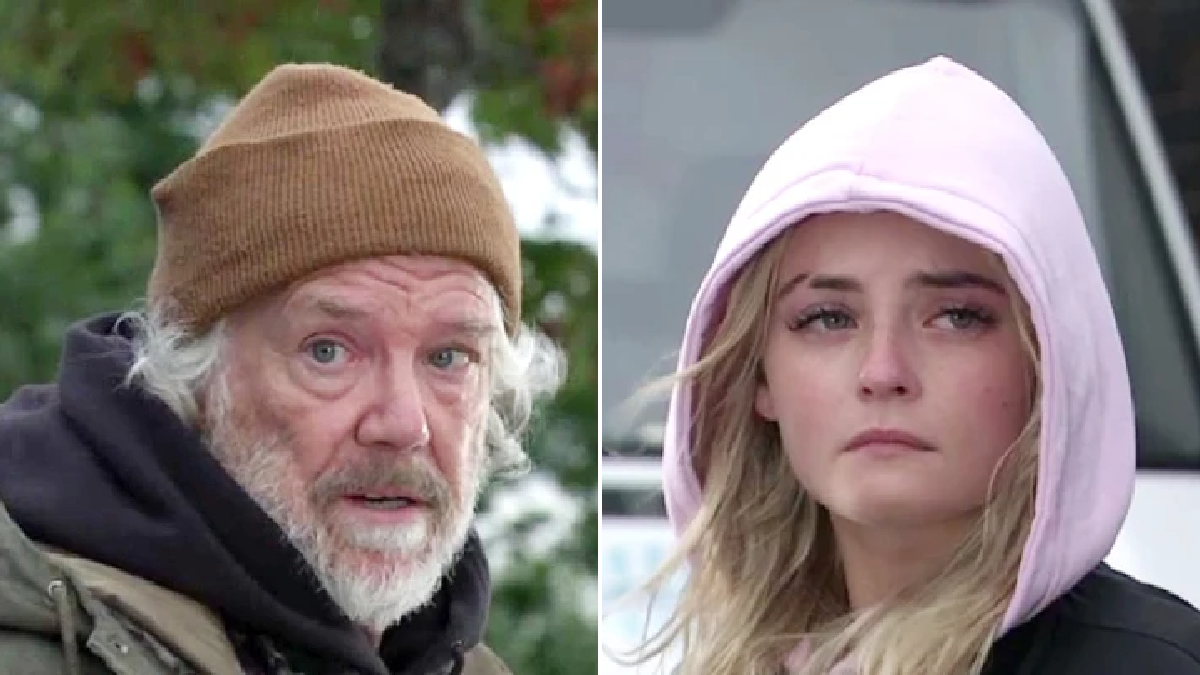 Stu has featured in a few episodes of the ITV soap and is currently most known for successfully helping Asha (Tanisha Gorey) and Nina (Mollie Gallagher) destroy Corey (Maximus Evans).

Tonight, Stu found Kelly, who was considering eating some old pizza from a bin.

Initially wary of Stu, Kelly eventually followed him to find some ‘proper scran’.

Outside Freshco’s, Stu updated Kelly on the perfect time to get her hands on some out-of-date food, but also gave her an upsetting insight into how some people treat the homeless.

Stu told Kelly that he used to spend the night in the trolley shelter outside the shop, but when he returned one evening, he discovered spikes had been put down in an attempt to stop homeless people sleeping there.

Kelly was horrified, but also admitted that in the past, she’d ignore homeless people.

‘Society told you we’re worthless, but we’re not’, Stu told her.

It appears Kelly has found a friend in Stu, but will she tell him about her involvement in Seb and Nina’s attack?