David Guion and Michael Handelman are writing the screenplay 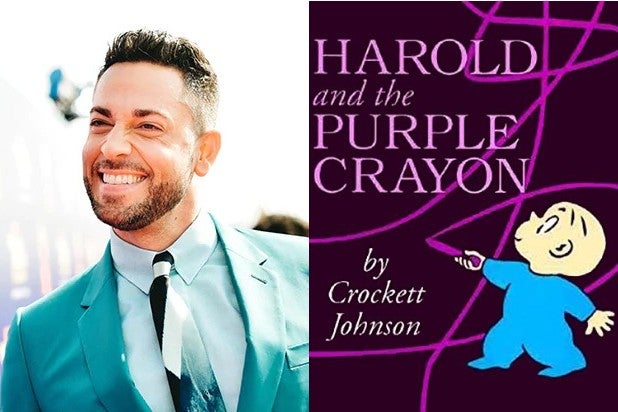 “Shazam” headliner Zachary Levi is attached to star in the live-action “Harold and the Purple Crayon” at Sony Pictures, according to an individual with knowledge of the project.

Screenwriters David Guion and Michael Handelman (“Night at the Museum: Secret of the Tomb,” “Dinner for Schmucks”) are writing the screenplay, based on Crockett Johnson’s best-selling children’s book.

“Harold and the Purple Crayon” is Johnson’s most popular book and centers on Harold, a curious four-year-old boy who, with his purple crayon, has the power to create a world of his own simply by drawing it. Six other books soon followed, and inspired many adaptations.

John Davis is producing “Harold and the Purple Crayon” through his Davis Entertainment banner. Davis’ last comedy, “Dolemite Is My Name,” won Best Comedy this past year at the Critics’ Choice Awards and was Golden Globe nominated for Best Picture for a Musical or Comedy.

Levi will next be seen starring in the Richard Linklater’s “Apollo 10 ½: A Space Age Adventure,” as well Jon Gunn’s “Unbreakable Boy,” and portraying NFL football legend Kurt Warner in “American Underdog: The Kurt Warner Story.” Levi is set to reprise his role as Shazam in the sequel to the Warner Bros. and DC Films feature “Shazam!”

Guion and Handelman’s original script “Slumberland” is going into production this year at Netflix with Francis Lawrence directing. It will star Jason Momoa and will be produced by Chernin.

Zachary Levi is repped by UTA, Untitled, and McKuin Frankel. Guion & Handelman are repped by UTA and attorney George Sheanshang.