The campaign to change the date of Australia Day from January 26 is supported by fewer than a third of Australians although half believe the contentious date will be shifted within 10 years.

An Ipsos poll for The Age/Sydney Morning Herald and Nine News found only 28 per cent of 1222 people surveyed nationally were in favour of shifting the date, while 48 per cent were opposed and a further quarter neither agreed or disagreed. 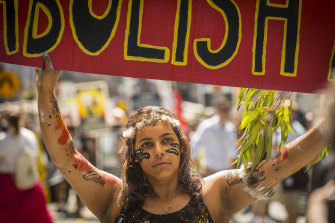 A woman at a 2019 Invasion Day march in Melbourne carries a sign calling for the abolition of Australia Day.Credit:Chris Hopkins

The survey indicates there is a long way to go if a campaign is to succeed in convincing Australians of the need to change the date from January 26, the day in 1788 when Captain Arthur Phillip raised the British flag at Sydney Cove and proclaimed British sovereignty.

It marked the beginning of the dispossession of Indigenous Australians who had lived on the continent for tens of thousands of years and in recent years there has been a growing debate about whether the date should be changed to be more inclusive.

The Ipsos poll indicated that there is a generational divide on the question, with support for change higher among younger people.

Forty-seven per cent aged between 18 and 24 backed the move to a different date compared with 19 per cent of those aged 55 and over.

Those living in regional and rural areas were more likely to disagree with Australia Day being celebrated on a different date, with 58 per cent opposed compared to 42 per cent of those from metropolitan areas.

Greens voters are markedly more likely to support the campaign (67 per cent) than Labor (31 per cent) or Coalition (23 per cent) voters.

Despite only a minority agreeing with the campaign to move Australia Day to an alternative date, 49 per cent believed the date was likely to shift within the next 10 years.

More than half believed Indigenous Australians faced racism all the time or frequently, while 41 per cent thought changing the date of Australia Day would be important in improving the lives of Aboriginal and Torres Strait Islanders.

The vast majority of those surveyed in the online poll (82 per cent) said they felt proud to be Australian.

The poll was conducted last week when debate again flared over Australia Day following Prime Minister Scott Morrison’s rebuke of Cricket Australia over its recommendation to dump the words “Australia Day” in promotions for games over the long weekend.

It wasn’t until 1935 that all Australian states and territories adopted use of the term “Australia Day” to mark January 26, and not until 1994 that the day itself became a national public holiday, rather than the nearest Monday.

Ipsos director Jessica Elgood said it was interesting only 28 per cent supported a date change, but 41 per cent believed it would be important in improving the lives of Indigenous Australians and half believed change was coming.

“I think there’s a real tension between essentially seeing that a date change would be good for part of the Australian community, but still having those traditional attachments to January 26, which as a country is the day we celebrate,” Ms Elgood said.

She said the fact a quarter of respondents didn’t have a position on the date change suggested it was an issue that was not front of mind for lots of people.

“There’s further for the campaign to go in terms of making those arguments and drawing more people into it.“

The most common response cited by those who opposed the date change was “we are all Australians” (22 per cent), followed by “It’s always been the 26th January” (16 per cent) and the date was “when Australia was formed” (12 per cent). 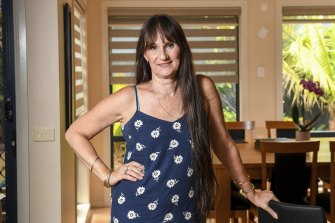 Poll respondent, Narelle Gillies: “I get really upset when I hear all these claims about Australia Day and let’s not do this.”Credit:Penny Stephens

One of the Ipsos poll participants Narelle Gillies, a dance school owner from the Melbourne suburb of Langwarrin, said she felt passionate about Australia Day remaining on January 26.

“Whatever day you choose, it’s not going to suit everyone,” said Ms Gillies, who is in her 50s. “The date will not make any difference, it won’t change anything. You can’t change history. You can only learn from it and grow and move forward.”

Ms Gillies said she was sick of the divisive debate. “My grandfather fought for this country and I get really upset when I hear all these claims about Australia Day and let’s not do this. When do we just become one? We all acknowledge and respect the Indigenous people but let’s just be one people.”

Those who supported the date change said it was because they wanted to “make the day for everyone” (21 per cent), because January 26 was ‘Invasion Day’ (15 per cent), “It’s the right thing to do” (14 per cent) and “to reconcile past hurts” (15 per cent). 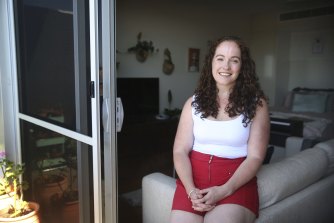 Poll participant Chloe Spillane, a 31-year-old recruitment worker from the Sydney suburb of Drummoyne, says she hasn’t celebrated Australia Day on January 26 for the past couple of years.

“I think Australia Day should be celebrated at some point but not on that day when it reminds the First Nation people of this country of invasion day,” Ms Spillane said.

“The more we get educated on the Indigenous people of Australia, the more we become aware of what happened to them, their history, and the part white people played in it. I think it’s quite ignorant to keep celebrating a day when we know how much pain it caused. I just can’t really comprehend why they keep it on that day.”

Calls to move Australia Day were also examined in an Ipsos Perceptions of Indigenous Issues poll in June last year.

Ms Elgood said opinion was unchanged with half of the Australians surveyed in that poll also disagreeing with a date change, saying January 26 was historically significant and should remain.

The latest Ipsos poll comes after an Essential poll released last week found 53 per cent of Australians supported a separate day to recognise Indigenous Australians but only 18 per cent of those said it should replace Australia Day.

Despite three years of intense debate over Australia Day, the latest Ipsos poll has similar findings to an Essential poll in 2017 which found 26 per cent of Australians supported changing the date of Australia Day from January 26, while 54 per cent were opposed.