Home » World News » Boy, 4, died after falling off motorbike he was on with his cousin, 7

Boy, four, died after falling off 50cc Yamaha motorbike that he was riding with his seven-year-old cousin before it crashed into metal pole, inquest hears

A four-year-old boy died after falling from a motorbike he had been riding with his seven-year-old cousin and hitting a metal pole, an inquest heard.

Lennox Railton Craggs had been excited to have a go on the 50cc Yahama when he arrived home in Bishop Auckland earlier this year, Crook Coroners’ Court was told.

The court heard his cousin was learning how to ride her new mini-motorbike under supervision and Lennox had asked for a turn.

He was told he would have to be wearing his protective biking gear and go on the back.

But the eager youngster, a pupil at Prince Bishops Community School in Coundon Grange, pushed his way to the front, forcing the older child to the back of the seat and pulled the accelerator lever.

His father chased after the motorbike, but was unable to catch up before the pair rode over rough ground near his home on Elliott Terrace in Eldon Lane. 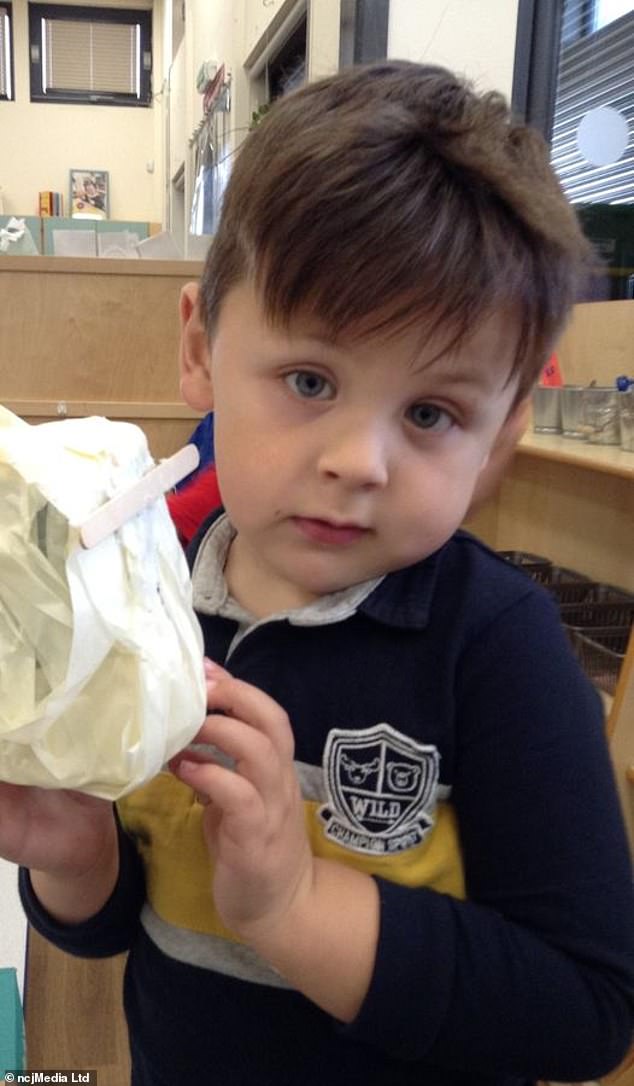 Lennox Railton-Craggs, 4, of a fatal tear in his liver after losing control of his seven-year-old cousin’s mini-motorbike and crashing into a metal pole by his home in Bishop Auckland

‘He had been quad biking with his family the day before.

‘His parents described that he was excited about the new bike and immediately asked if he could ‘have a go’ on it.

The youngster had spent the previous day quad biking and his grandmother had put his protective clothing – body armour and a motorbike jacket – in the house to be washed.

Lennox’s cousin understood that he had been told he could have a go and said he would have to go on the back, the court heard.

DI Green said: ‘Lennox has pushed her and headbutted her in the tummy to get on the front.

‘He has sort of squirmed his way between her arms. Although he was four and his cousin was seven, he is described as being very strong and she was very slight.’ 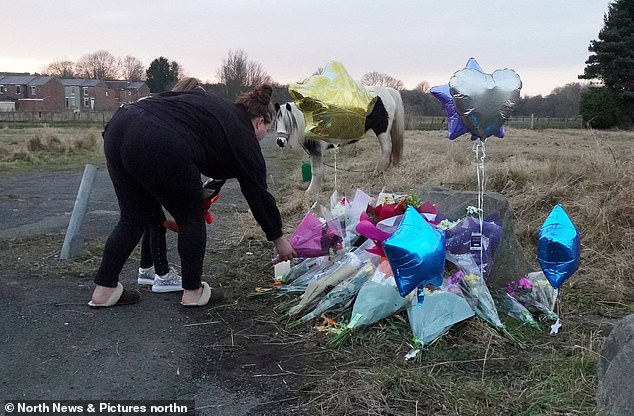 The court heard Lennox’s mother, Rachel, was in the kitchen collecting dummies for her other sons and saw he was on the bike when she came out.

She has shouted at him to get off the motorbike and that he should not be on it.

DI Green said: ‘He has pulled lever to make it go faster and it has taken off.

‘His father, Michael, has been alerted and he has ran after the motorbike.

‘It has travelled in a diagonal direction on to the Tarmac.

‘As the bike has gone over a small bump the rear wheel has been seen to wobble.

The court heard Lennox had been crying and been picked up and taken back to his house where the his cries quickly turned into moans and he ‘changed colour’.

When his father tried to put him down his legs gave way.

Ambulance crews rushed to the scene at around 1pm on Sunday January 23 this year and Lennox was airlifted to the RVI in Newcastle.

On the way medics attempted emergency surgery, operating on his chest to give Lennox the best chance of survival, the inquest was told.

On arrival at hospital Lennox was in cardiac arrest, he died shortly afterwards. 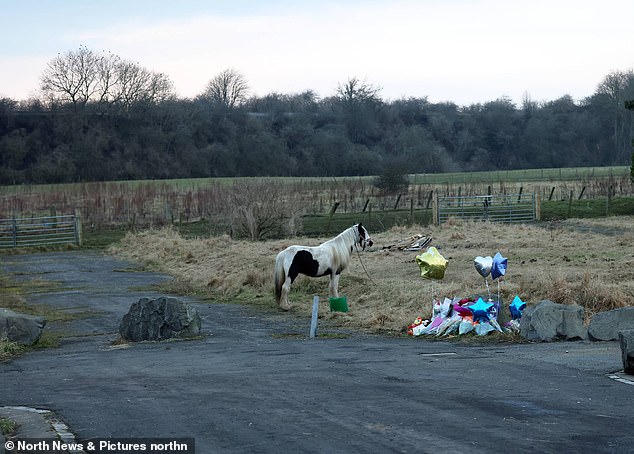 Home Officer pathologist Dr Nigel Cooper gave the cause of death as haemorrhage and abdominal injury.

The court heard a post mortem examination found the accident had caused a fatal tear in the boy’s liver, which caused internal bleeding.

The coroner said: ‘Despite all of the entirely appropriate and entirely heroic efforts to save his life, none of that was successful.

‘The reality is that nothing was going to make difference.

‘In terms of a conclusion as a coroner, no-one intended this to happen.

‘It was something that happened quickly and spontaneously before it could be prevented.’