An elderly couple crashed their vintage Rolls Royce into a family home in Sydney’s West, sending the car flying straight through a garage door.

A 84-year-old man was driving his 1987 Rolls Royce Silver Spirit, that retails for around $59,000 in today’s market, when he ploughed straight into his neighbour’s home through the garage in Holroyd, Sydney.

Neighbour Kaustabh Raychaudri, said he was upstairs when suddenly there was a cloud of smoke and ‘bricks everywhere’ as the car smashed a hole into his back wall. 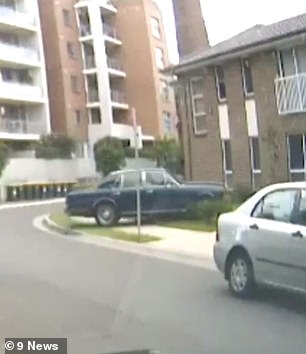 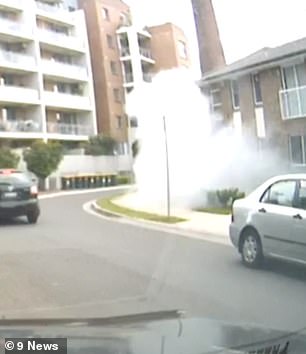 ‘I heard a tyre sort of screeching like a burnout,’ Mr Raychaudri told 9News.

‘It stopped for a couple of seconds and then next minute a big bang.’

The elderly man was driving with his wife when he had a lapse of judgement and mistook the accelerator for the break pedal when giving way to another driver, onlookers allege.

‘The car, maybe a couple of scratches, they just knocked out my house instead,’ Mr Raychaudri said.

NSW Police told Daily Mail Australia that no one was injured in the crash.

The driver and his wife were briefly treated for shock by paramedics at the scene.

Fire and Rescue services were also called to help safely remove the vehicle from the home.