An obscure company has handed more than £340,000 to three senior Labour figures.

Analysis of political funding has revealed that MPM Connect Ltd has been the third-biggest donor to MPs since the general election.

Despite being set up back in 2010 and having more than £13 million in investments, according to its latest accounts, the firm has zero public presence with no office, website or phone number. The only address registered for the firm at Companies House is that of its accountants, who are based in a small building in Broxbourne, Hertfordshire. 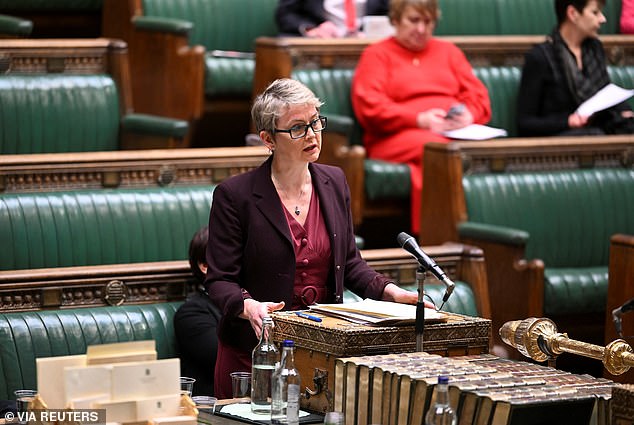 Analysis of political funding has revealed that MPM Connect Ltd has given £183,317 to shadow home secretary Yvette Cooper. Pictured: Yvette Cooper speaking in the House of Commons, December 19, 2022 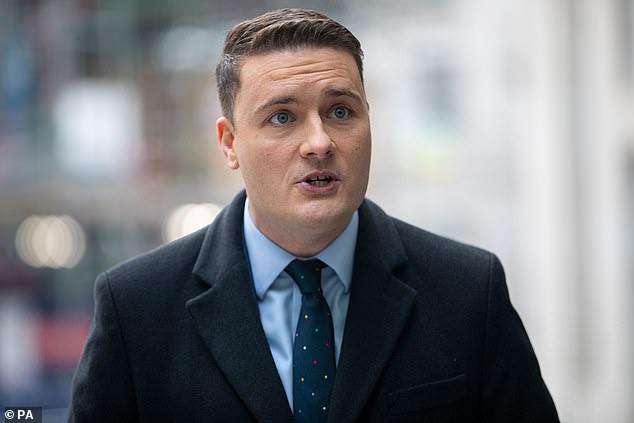 Labour’s Shadow Secretary of State for Health was given £60,000 by MPM Connect Ltd. Pictured: Wes Streeting outside BBC Broadcasting House in London, December 12, 2022

Under pressure from Sky News, which is investigating MPs’ second jobs and donations, the three Labour MPs said the firm was run by Peter Hearn, a long-standing party supporter who runs headhunting firms.

Mr Hearn is a director of MPM Connect as well as a dozen other firms including recruitment giant Odgers Group Ltd.

Separately to the recent donations made through his company, Mr Hearn personally donated £75,000 to Miss Cooper when she stood for Labour leader in 2015 and has given her thousands more since then. Her spokesman said: ‘As has been reported many times, Mr Hearn kindly donates money to fund Yvette’s office staff and has done so for many years. It has all been fully declared and compliant with all the rules.’

A spokesman for Mr Streeting – who is believed to have been a pupil at the same east London primary school that 69-year-old Mr Hearn attended decades earlier – said: ‘Peter kindly funds staff for Wes’s office. Wes is proud to have successful business people supporting the Labour Party.’ 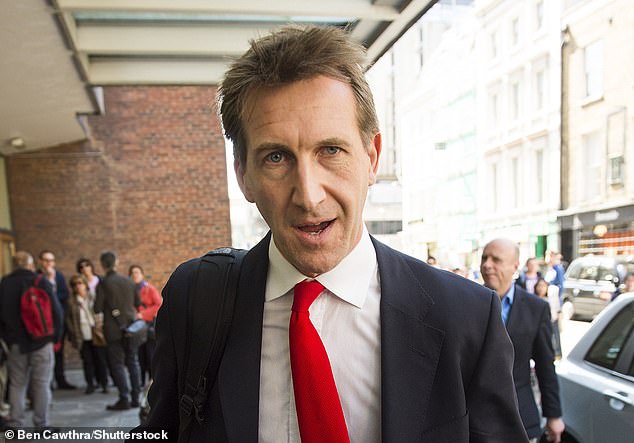 Analysis of political funding has revealed that MPM Connect Ltd has given £100,000 to former South Yorkshire mayor Dan Jarvis. Pictured: Dan Jarvis in London, May 15, 2015

Another £138,801 was given to MPs by a little-known broadband firm from Blackburn. IX Wireless Ltd gave the money in small donations averaging about £5,000 to northern Tory MPs and constituency groups. One recipient claims he was told by party bosses that there was a pot of money available from a donor if he submitted an application, and discovered where it was from only after his bid was successful.

Christian Wakeford, who defected to Labour a year ago, told Sky News: ‘It was only at that time we were told the money had come from IX Wireless. I’d never heard of them.’

Analysis by Sky News found that the two biggest donors to Westminster since December 2019 were major unions that also support Labour MPs. Unite has given £636,313 while GMB has handed over £397,738.

Hannah White, of the Institute for Government, said MPs should be more transparent about donors’ identities.

Mr Hearn did not respond to requests for comment.