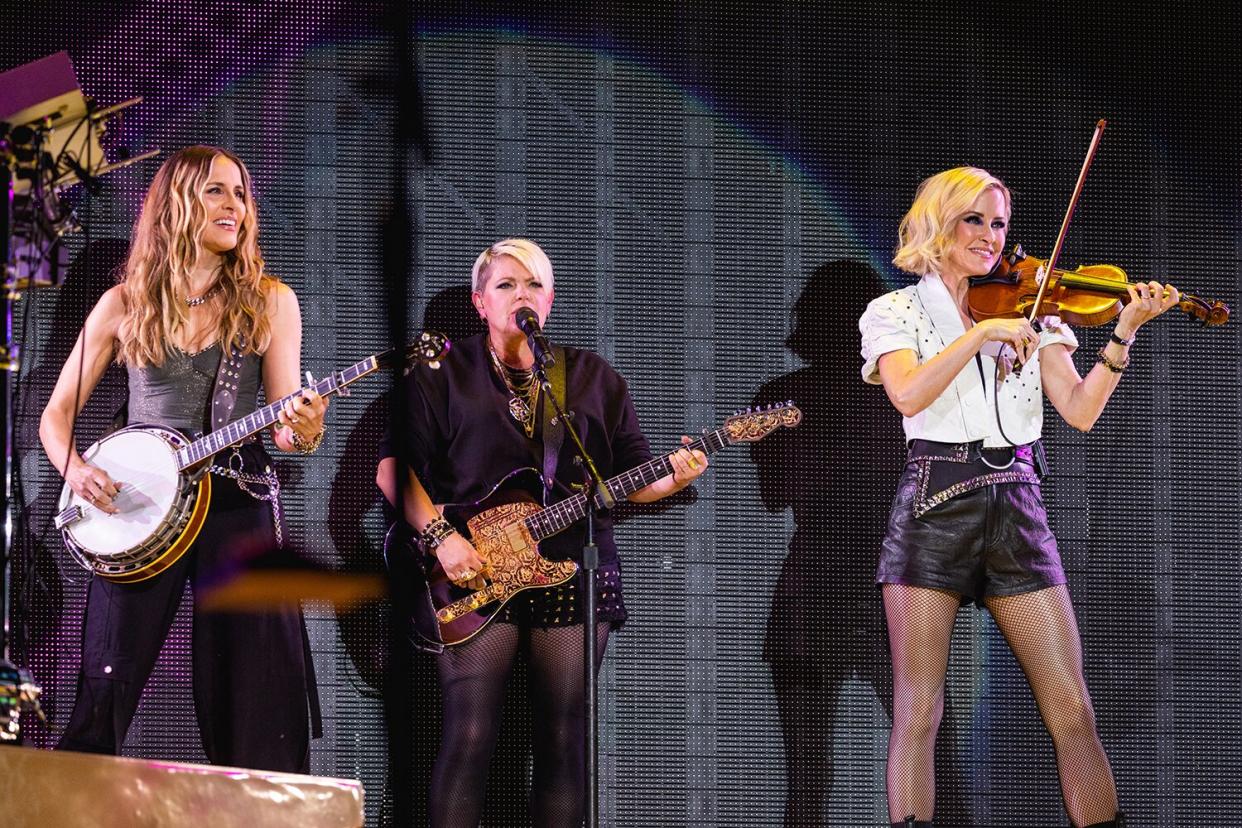 The Chicks are headed to the “Wide Open Spaces” of Las Vegas!

On Monday, the Grammy-winning country music trio announced their first-ever concert residency, billed as “The Chicks: Six Nights in Vegas,” set to take place in May at Zappos Theater at Planet Hollywood Resort & Casino.

“Finally getting to play live in 2022 left us hungry to continue our tour. After so many years without new music, last year felt like a long time coming,” reads a press statement from Natalie Maines, Martie Maguire and Emily Strayer of The Chicks, who toured North America last year in support of 2020’s Gaslighter album.

“We hope our fans are ready for more in 2023 because we are not done! There is a lot more to come this year and we are excited to get it all started in Las Vegas at the Zappos Theater this Spring,” continued the statement.

Held at the venue that previously housed residencies from Britney Spears, Shania Twain, Gwen Stefani and other superstars, The Chicks’ concert residency will run for six shows on May 3, 5, 6, 10, 12 and 13.

RELATED: The Chicks Pay Tribute to Olivia Newton-John with ‘Hopelessly Devoted to You’ Cover 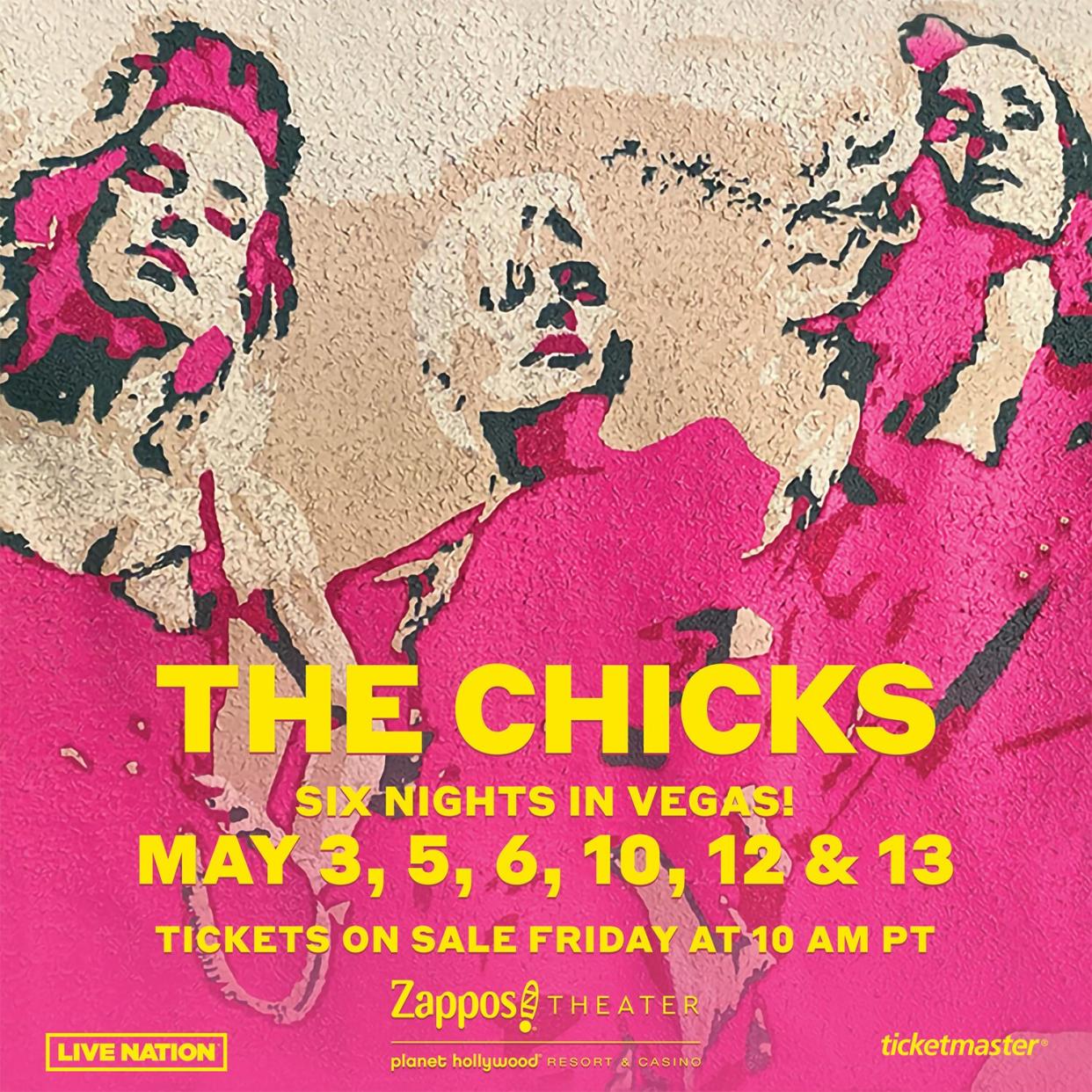 Tickets become available to the general public on Jan. 13 at 10 a.m. PT. via Ticketmaster. More information is available at the band’s website.

Speaking to PEOPLE in May 2022 ahead of their most recent North American tour’s launch, The Chicks noted that socially conscious elements would be incorporated into their then-upcoming performances — which was to be expected from the band known for their outspoken onstage nature.

After partnering with organizations Planned Parenthood and Proclaim Justice on their DCX MMXVI World Tour, the “Not Ready to Make Nice” trio worked with non-profit REVERB on the 2022 tour to promote sustainability and raise awareness for environmental issues.

RELATED: The Chicks Will Incorporate Social Causes into Upcoming Summer Tour: ‘We’re Not Going to Hold Back’

“It’s a natural extension of who we are and what we care about,” Strayer, 50, said of the decision to promote social causes on the road, “and so it seems to make sense at our show with our fans, that they would want to see that aspect of us.”

Maines also revealed that the concerts would feature politically-focused aspects both already ingrained in their song lyrics as well as specially created for onstage visuals. “I’m very outspoken and opinionated to begin with, but I think there is a responsibility there,” said the vocalist, 48. “We don’t like to get on a soapbox or preach, but we’re not going to hold back.”

But the concerts weren’t serious all the way through. After a few years away from touring, the band was ready to have a blast with fans and each other.

“Something that’s never changed is just, we have so much fun. We’re silly, and we’re just very natural and us on stage,” said Maguire, 53. “We naturally have fun together and have a friendship. That’s always been there, and you see that in the shows.”