PIERS Morgan exploded at a government minister this morning after he couldn't explain why Britain has the Covid-19 death rate in the world.

The latest data published yesterday shows Britain has an average of 935 daily deaths over the past week, which equates to more than 16 people in every million dying each day. 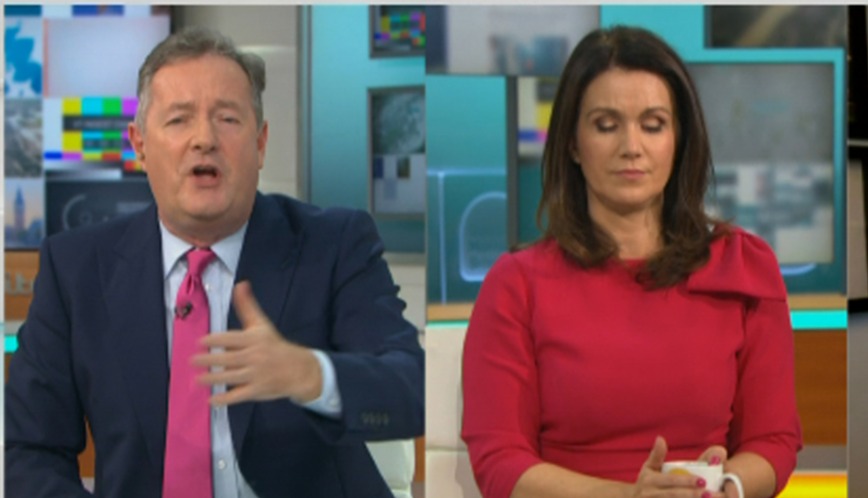 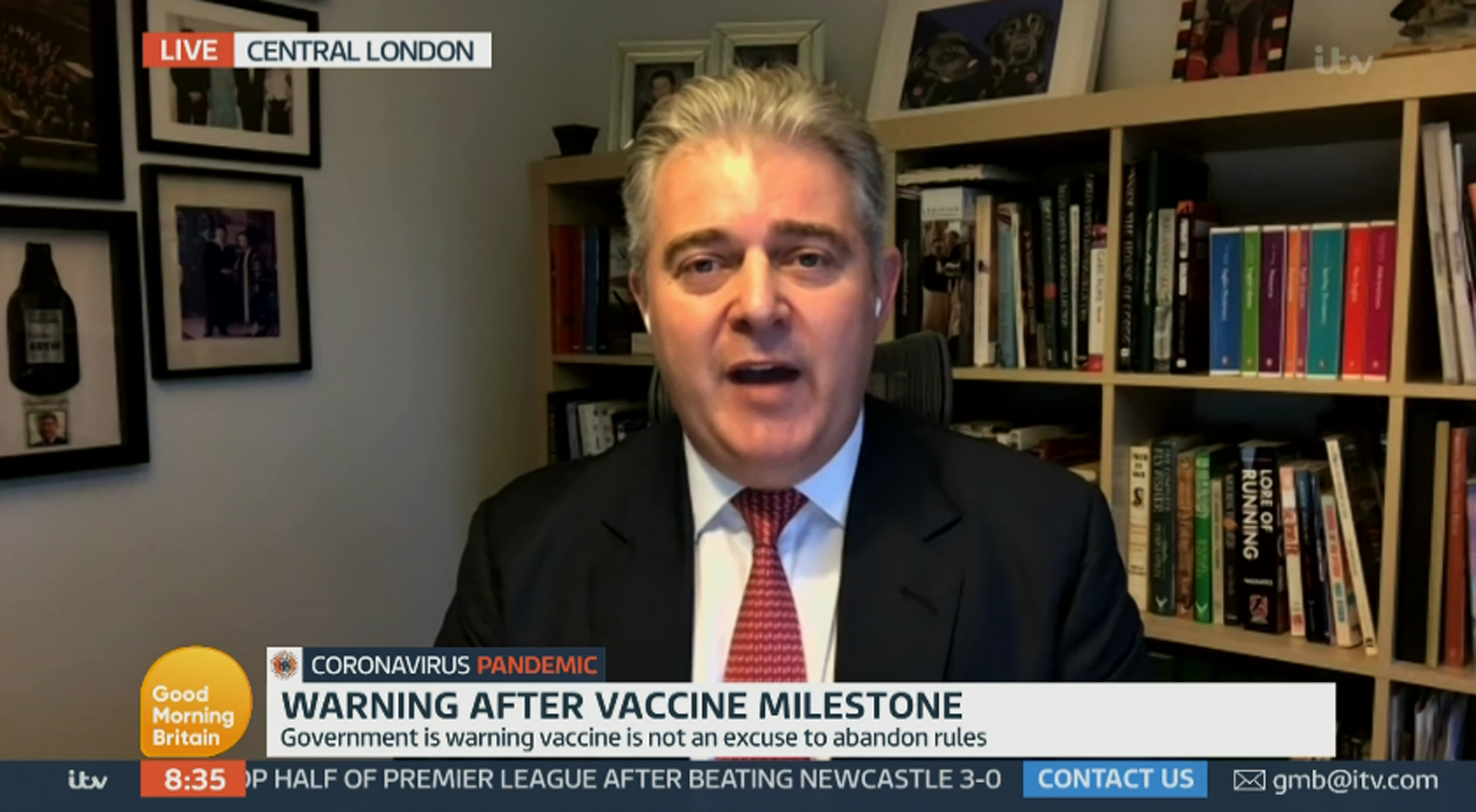 Piers said: "Given you talk about international comparisons all the time in relation to our vaccine performance, it is legitimate to ask you why we have the worst death rate.

"You can't bat the question away by saying you don't want to get into international comparisons, because you do when it suits you."

Piers continued: "I am just asking you for the one reason why we have the worst death rate in the world right now."

The Cabinet Minister replied: "We can't answer that question at the moment."

The pair talked over each other as Mr Lewis added: "You can't do a direct comparison of that type with this virus in terms of death rates."

He suggested that different countries are at different stages of the outbreak and there is a lag in recording deaths.

Piers then pointed out that the government doest direct internaional comparisons with other countries with the vaccine roll out.

He said: "You do it every minute of the day with vaccines. You can do it."

Mr Lewis tried to explain there was a difference between making the comparisions.

Piers then quipped: "No. The only difference is you don't want to talk about the negatives." 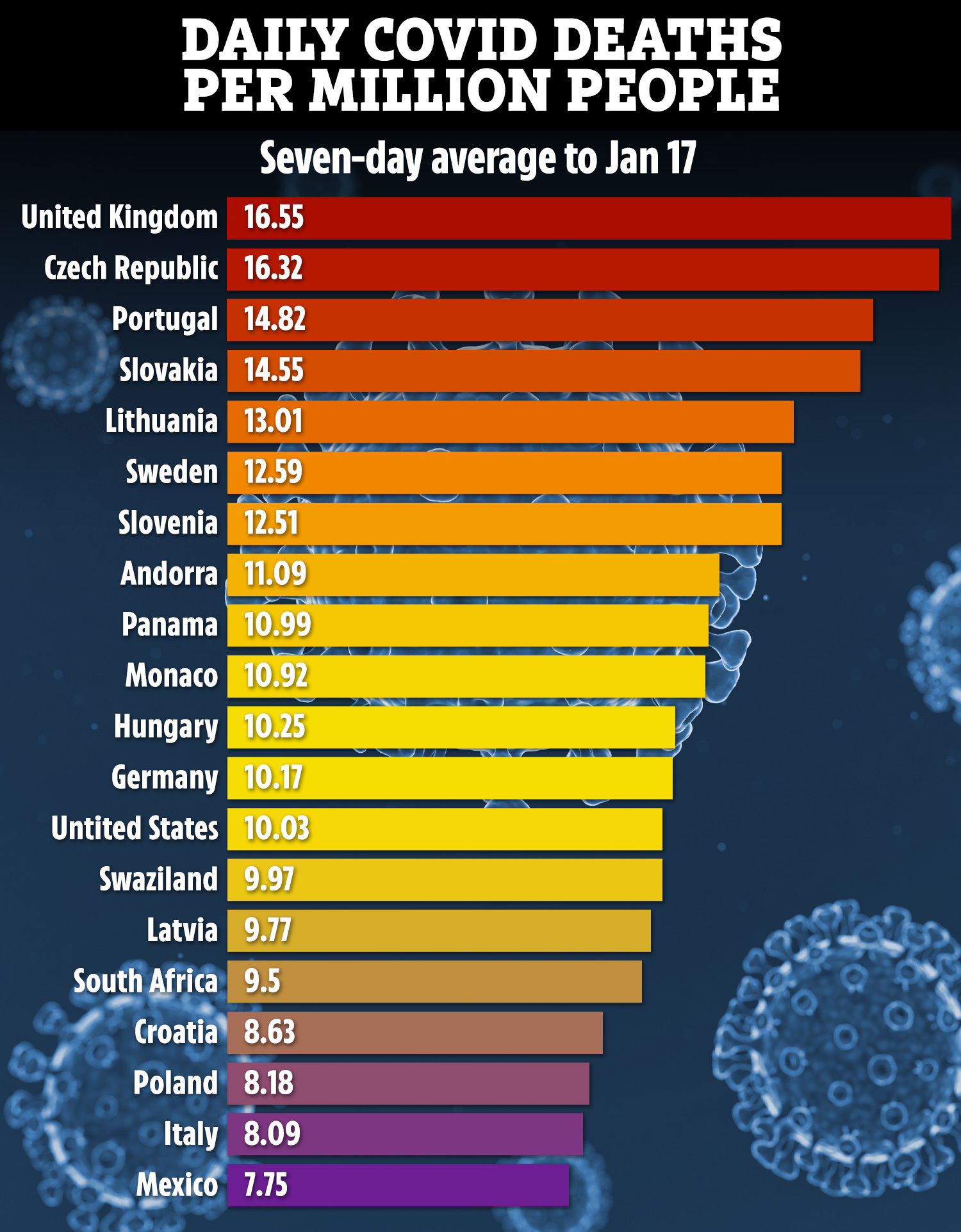 The death rate figures from the University of Oxford-based research platform Our World in Data found the UK is now in the top spot.

And with an average of 935 daily deaths over the past week, this equates to more than 16 people in every million dying each day.

The US, Italy, Germany, France and Canada all had lower average death rates than the UK in the week leading up to January 17.

Panama is the only non-European country in the top-10 list, with Europe suffering a third of the total global deaths during the pandemic.

The UK has seen more than 3.4milion infections – the equivalent of one in every 20 people – with another 37,535 new infections reported today.

There were another 599 more coronavirus deaths confirmed across Britain on Monday.

Official statistics now show that 3,433,494 people have caught the virus in the UK since the pandemic began last year.