‘We need places like this with the cost of living crisis’: Princess Kate addresses rocketing living costs on visit to food bank in Wales which she says is a ‘lifeline for so many families’

The Princess of Wales made a rare foray into politics as she spoke of the need for food banks as millions of families struggle with the cost-of-living crisis.

Kate made the comments about the importance of community services during a discussion with volunteers and members of the congregation at St Thomas Church in Swansea – her first visit to Wales since inheriting her new title.

Over the last two years the church has been transformed into a community hub, which includes a food bank, facilities for homeless people, and a not-for-profit café and community training kitchen.

The site is also home to the Swansea Baby Basics baby bank, a volunteer-led project that distributes essentials to vulnerable mothers and their newborn babies across the city.

During the visit with husband William, Kate said: ‘With the cost of living crisis, there are a lot of desperate people out there.’

The royal said that the food bank was a ‘lifeline to so many people’ particularly after the pandemic and amid the soaring cost of living.

A Kensington Palace spokesperson told MailOnline: ‘Given the number of visits and conversations that take place during these, we are unable to verify specific comments that are reported upon.’ 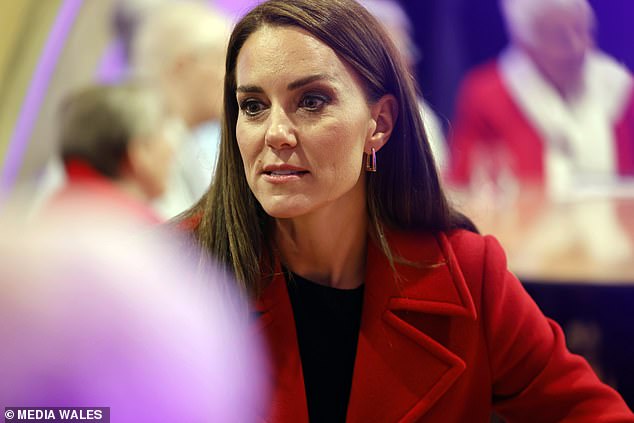 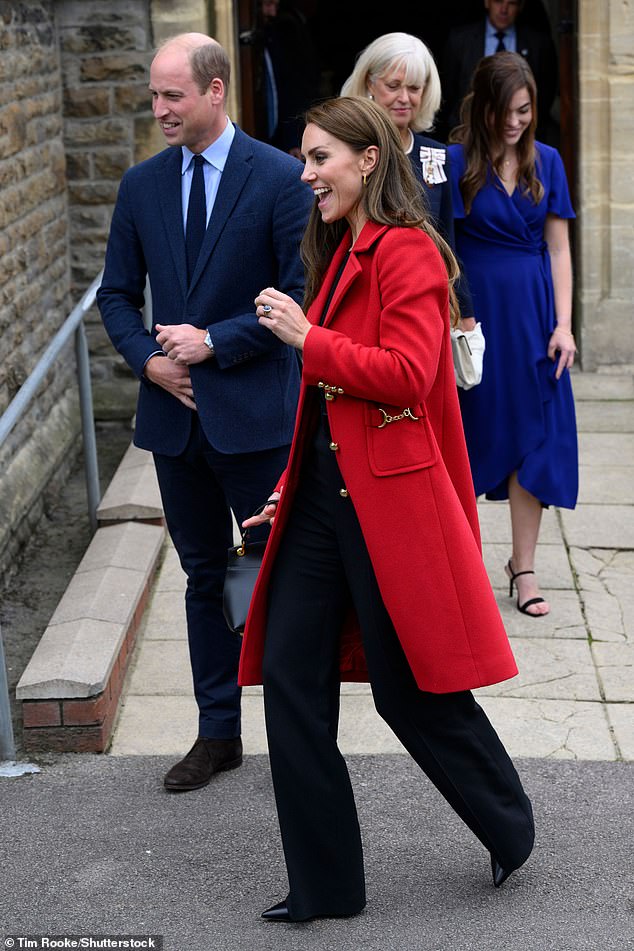 The Prince and Princess of Wales visit St Thomas Church, a redeveloped church in Swansea on Tuesday

By convention the royal family do not comment on political issues out of respect for the monarch’s constitutional role, but the conversation is not without precedent.

In March of 2016 the Sun ran a splash headline claiming the ‘Queen backs Brexit’, which was slammed by the watchdog Ipso for being inaccurate, although the paper stood by its reporting.

It was later alleged Micheal Gove was the source of the story, which was linked to Her Majesty speaking to then-deputy PM Nick Clegg about the EU.

The Queen also put out a message on the eve of the Scottish referendum in which she advised: ‘I hope people will think very carefully about the future’ which was broadly interpreted as support for the Union.

It was later revealed Downing Street and Palace sources had carefully negotiated the exact language after the Queen let it be known she was ‘minded’ to speak on the issue.

Chatting with a group of elderly worshippers, she added: ‘What’s so wonderful about this place is that there is such a good mixture of young and old. It’s extraordinary. You have 90-year-olds as well as youngsters. It’s a real family organisation.

‘We need places like this to bring people together, places where people can come and engage. It’s what we need post Covid and with the cost of living crisis.

‘Lots of people are too scared to come an engage so it’s wonderful that you go out to see them too.

‘Places like this are so needed. They bring people together, help them to connect, it’s what we have missed since Covid. All gathering together under one roof.

‘We all could do with a church like this where we live. I must come to a service once day. It’s so remarkable here.’

She added: ‘There is amazing work going on here. Keep up the hard work.’

Well-wishers lined the streets to get a glimpse of the couple as they visited Anglesey and Swansea yesterday, in their first appearance in the country since taking on the titles of Prince and Princess of Wales.

Pat Hughes, one of the women who runs the food bank, said: ‘It was lovely to chat with the Princess and it’s something we won’t forget.’

The couple arrived in St Thomas Church in Lewis Street at around 3pm, and greeted volunteers at the hub as well as some members of the public outside.

They were spotted speaking to Rachel Bunting, who is married to Reverend Steven Bunting of the church and is the organiser of the food bank, as well as their two-year-old daughter Charlotte.

They also spoke to Leah Rees, 30, and Francesca Cardone, 44, who have both been community nursery nurses in Swansea for the past seven years.

The pair work with parents who may not be prepared for a baby, and refer them to Rachel at the baby bank, who in turn prepares any items they may need, such as baby baths and clothing.

The Princess appeared especially interested in the work being done by the baby bank and listened intently. 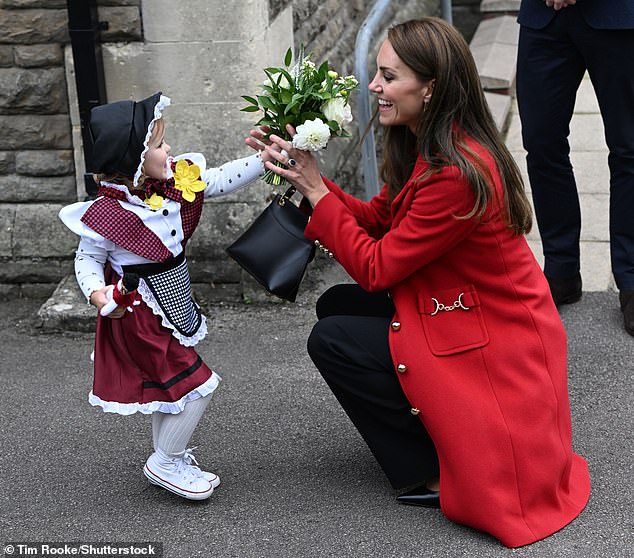 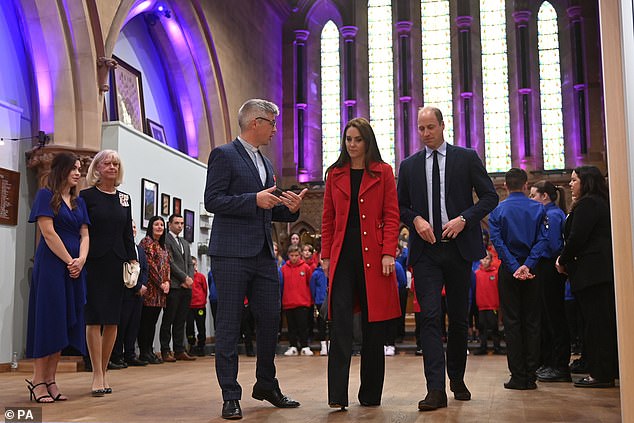 Hard at work: The Prince and Princess of Wales meet centre volunteers during a visit to St Thomas Church, in Swansea

The Royal couple were stopped in their tracks by a special note written by Rachel that is given to all mums who access the baby bank – and may be the only card some mothers get.

The note addressed to one mother, which was shown to the Royal couple, read: ‘These items are a gift from the mothers of Swansea. We know how hard these first few weeks can be and we want you to have all you need. Here at Baby Basics we believe that God loves you and your son and we want to share that love with you.’

The Prince said the note was ‘very nice’ and ‘would go a long way’ for mothers accessing the support.

Before their visit to Swansea, the pair started their day by arriving at RNLI Holyhead Lifeboat Station around 12.20pm where they met crew, volunteers, and people who have been helped by the charity.

The Prince of Wales watched as his wife the Princess of Wales was presented with a posy of flowers by four-year-old Theo Crompton, at the start of their visit.

The Prince and Princess, who used to live in Anglesey, walked from the lifeboat station to the Holyhead Marine and Café Bar where they met locals including representatives of small businesses and organisations including the Coastguard and Sea Cadets.