Maybe they just wanted to chill.

Authorities have arrested an alleged tiki bar pirate accused of making off with a floating hut in the Florida Keys on Wednesday. 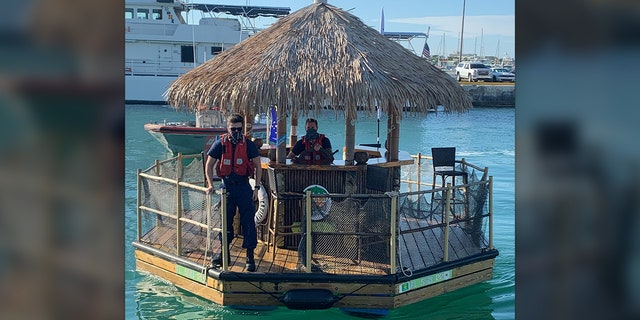 Photos show USCG members at the "helm" of the floating bar and on deck as they brough it back to harbor.
(USCG Southeast)

“The person aboard showed signs of intoxication and was taken into custody by @MyFWC,” the Coast Guard tweeted, tagging Florida’s Fish and Wildlife Commission. “Don’t drink and boat!”

MAN STRANDED IN A LAKE SAVED BY FLOATING TIKI BAR OF PRIESTS: ‘SIGN FROM GOD’

Photos show USCG members at the “helm” of the floating bar and on deck as they brought it back to harbor. 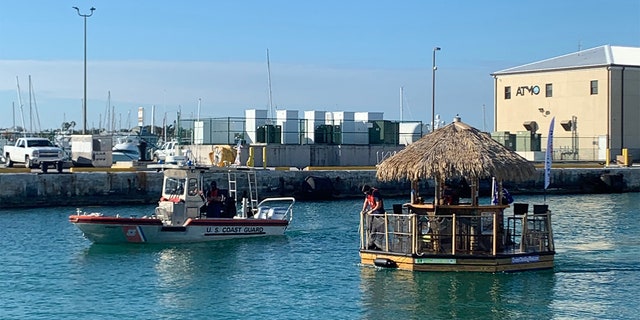 It’s not the first time that a floating tiki bar has surfaced in connection with a bizarre headline, either.

A group of priests on a floating bar saved a struggling kayaker on New York’s Lake George last September. Members of the Paulist Fathers had gone to the lake for a retreat and were passing by on a tiki tour when they came across the victim, Jimmy MacDonald, struggling to stay afloat in choppy water.