After more than two years of sightseeing at an asteroid, a NASA spacecraft is now heading home. Scientists cannot wait to get their hands on the souvenirs it is bringing back.

Beginning at about 4 p.m. Eastern time on Monday, the OSIRIS-REX spacecraft fired its thrusters for seven minutes to push itself away from Bennu, an asteroid that is a bit wider than the Empire State Building is tall.

Dante Lauretta, a professor of planetary science at the University of Arizona who serves as the principal investigator, said he had mixed feelings about the end of this part of the mission.

“You get used to having a spacecraft at an asteroid and seeing cool new images coming down all the time,” he said.

But the robotic probe’s departure means scientists are getting closer to performing close-up studies of pristine asteroid samples in their laboratories. “We’re getting pretty excited about that, too,” Dr. Lauretta said.

Two years from now, after a 1.4 billion-mile journey that will swing around the sun twice, OSIRIS-REX will end up back at Earth. The main spacecraft will not land, but it will instead drop off a capsule containing some precious bits of Bennu it has collected — at least a couple of ounces but more likely more than a pound of dirt and rubble. Slowed by parachutes, the capsule will land on Sept. 24, 2023, at the Utah Test and Training Range, a vast, desolate expanse in the Great Salt Lake Desert. 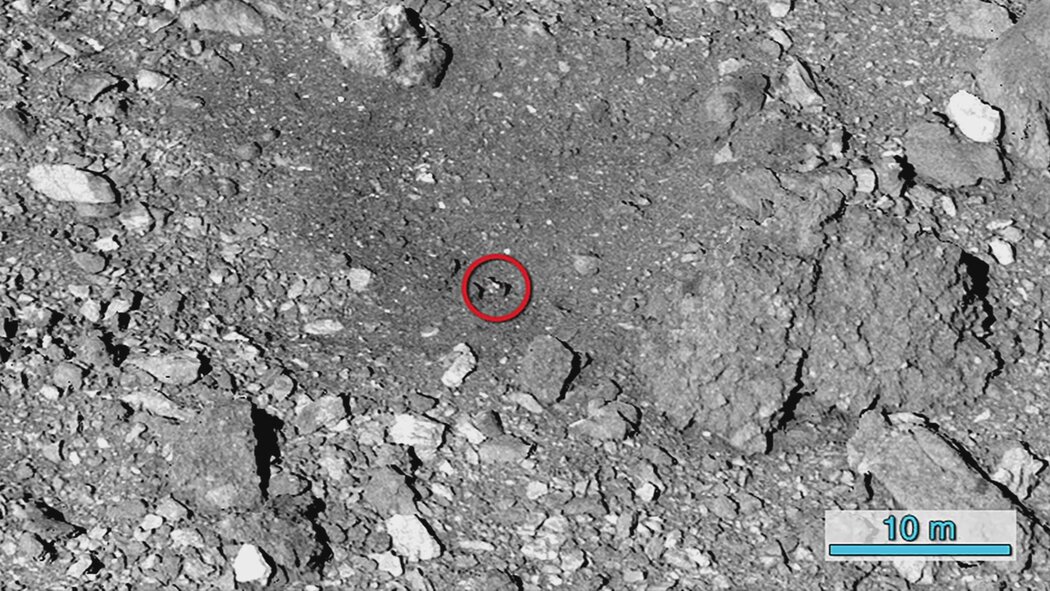 The Japanese space agency conducted a similar mission, Hayabusa2, which visited a different asteroid, Ryugu, and also grabbed a bit of rock and dirt. It dropped off its samples in the middle of Australia in December, and scientists have begun examining them.

By studying asteroids — chunks of rock that never coalesced into a planet — scientists hope to better understand the beginnings of the solar system more than 4.5 billion years ago.

Although pieces of asteroids have landed on Earth as meteorites, those rocks are melted on the outside, and the minerals inside are often altered by water after they arrive on Earth. Planetary scientists typically do not know which asteroid they originated from.

But with the OSIRIS-REX and Hayabusa2 missions, scientists know the exact locations where the samples were collected.

“We’re going to get a much better understanding of the most fragile materials that are on these asteroids and in space, that don’t survive passage to the Earth’s atmosphere,” Dr. Lauretta said.

Asteroids hitting Earth in the early days of the solar system could have brought many of the carbon-based molecules that were needed as building blocks for life to arise.

“There’s likely to be a lot of carbon chemistry that’s captured in those compounds that we’ve been unable to probe before,” Dr. Lauretta said. 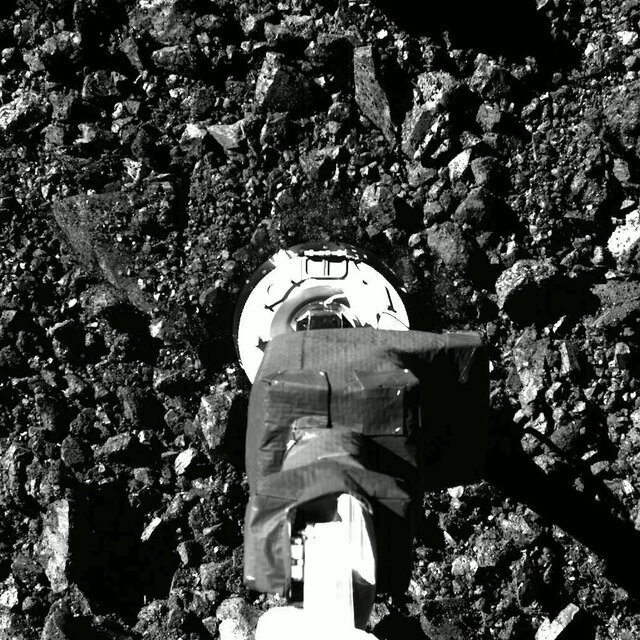 Knowledge of this particular space rock could also be useful if Earth ever needs to defend itself against the asteroid. Bennu belongs to a group known as near-Earth asteroids because their orbits cross that of Earth’s. Late next century, Bennu will repeatedly pass particularly near Earth. Indeed, NASA calculates a slight but not zero chance — 1-in-2,700 — of Bennu hitting our planet between 2175 and 2199 with the energy of more than a billion tons of TNT. That cataclysm might kill millions of people, but it would not be large enough to cause widespread mass extinctions.

OSIRIS-REX — the name is a shortening of Origins, Spectral Interpretation, Resource Identification, Security, Regolith Explorer — launched in September 2016 and arrived at Bennu in December 2018. Its observations included a surprise: Bennu was shooting debris from its surface into space.

The main objective of the mission, to collect a sample of Bennu, was a challenge because the surface was far rockier than expected. The team needed to devise a new way to guide the 20-foot-wide spacecraft to a target site that was only 26 feet in diameter while avoiding a wall of rocks that included a pointy pillar nicknamed Mount Doom, which was as tall as a two- or three-story building.

In October, OSIRIS-REX hit its mark within less than a yard.

Its sampling tool, which looks like an automobile air filter at the end of a robotic arm, bent to stay in contact with the asteroid for about five seconds. A burst of nitrogen gas knocked up rocks and dust into the collection filter, and then OSIRIS-REX slowly backed away without landing on Bennu.

Mission managers then quickly decided to stow the sample that was leaking back to space because a flap did not fully close. Dr. Lauretta estimated that 800 grams, or about 1.8 pounds, remained. 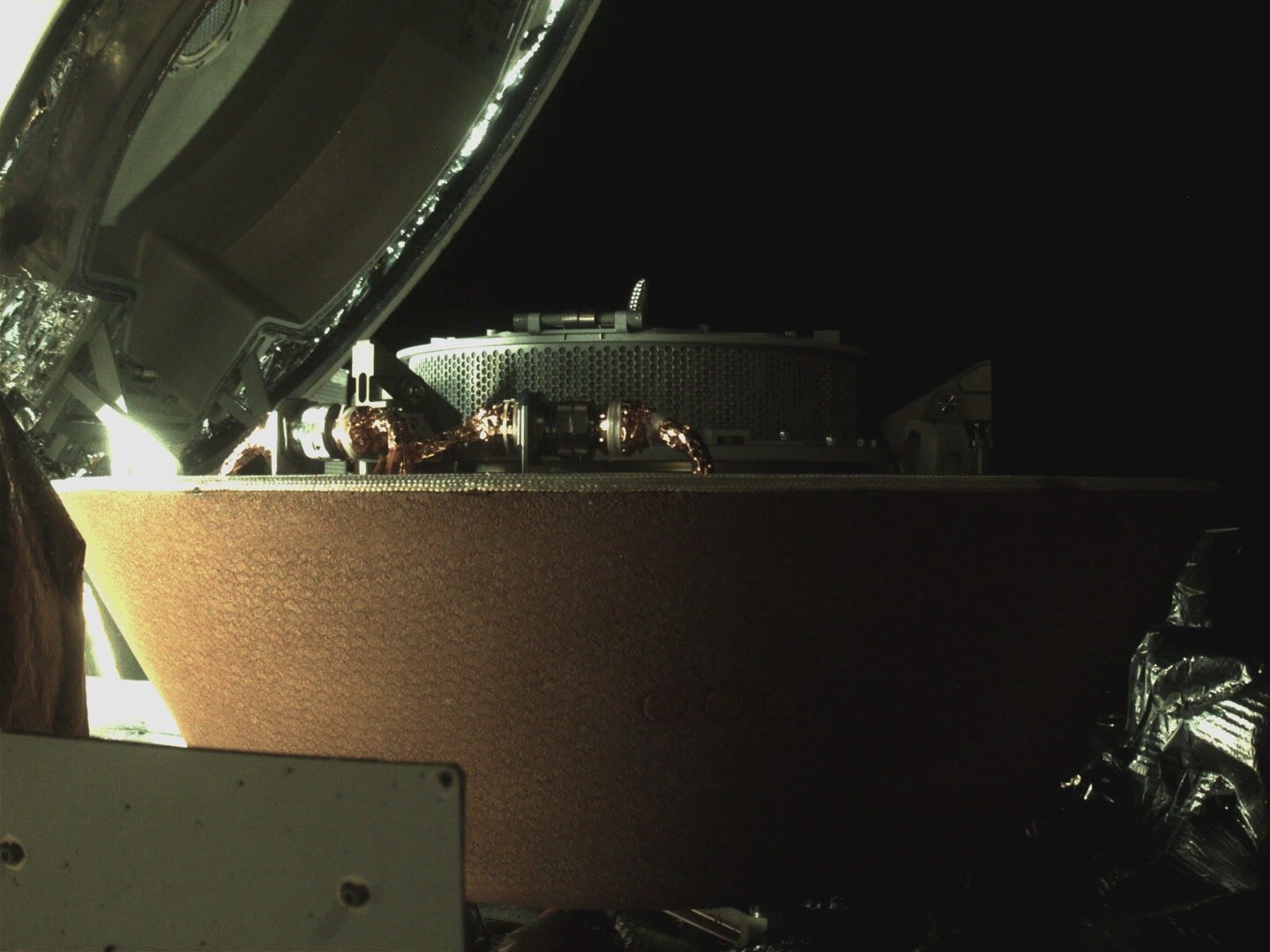 Last month, OSIRIS-REX made one last flyby of Bennu, taking images to see how the collection maneuver disrupted the surface.

“We were predicting that we would move maybe 100, 200 kilograms of material,” Dr. Lauretta said. “We have evidence that it was at least 10 times as much and maybe more. Bennu’s surface was really fluid-like.”

That is because the grains on the surface of Bennu are not stuck together and thus did not resist the force of the sampling mechanism pushing down. It was more like the sampling arm was diving into a swimming pool than hitting solid rock.

Dr. Lauretta said the scientists had expected some binding — perhaps the carbon molecules acting like a sticky tar. “There’s no friction or any kind of force between them,” he said. “They act very much like marbles — nice, smooth, glassy surfaces.”

After OSIRIS-REX passes Earth in 2023 and drops off the samples, its journey may continue. The spacecraft’s navigators have worked out a trajectory that would take it to the asteroid Apophis in April 2029, just after that object, a bit smaller than Bennu, zips within an uncomfortably close but still safe 20,000 miles from Earth.