TYSON Fury has gushed about being “blessed” showing off a beautiful photo with wife Paris and their six kids.

The Morecambe-based family appeared to continue to celebrate the Gypsy King’s sensational win over Dillian Whyte, as they posed in the sun over the bank holiday. 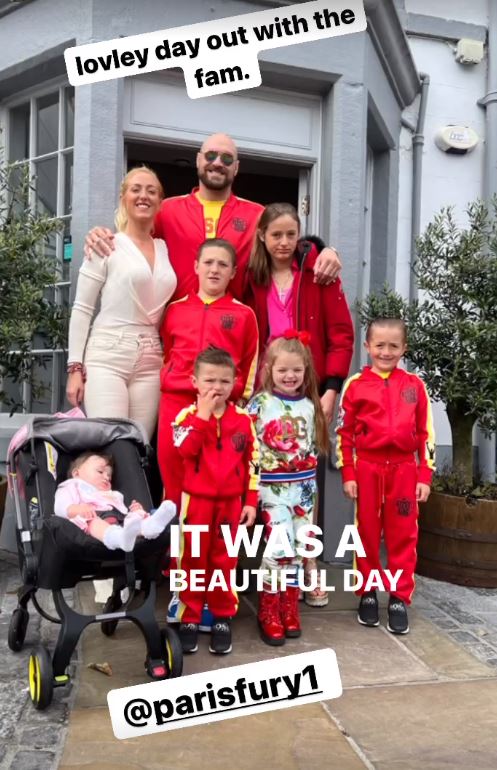 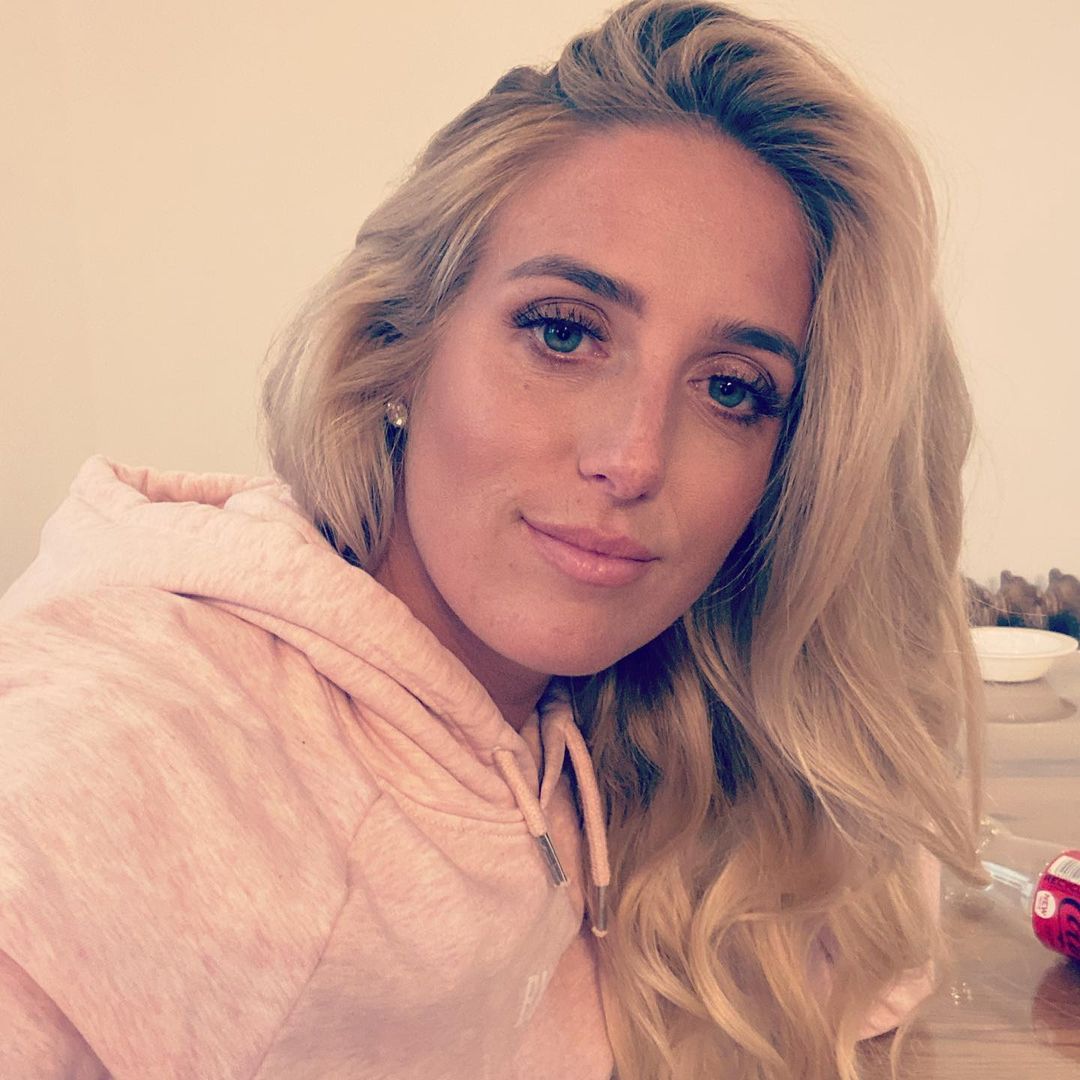 Tyson wrote: “Lovley day out with the fam. Blessed.”

The snap showed the family’s large brood, including their latest arrival, baby Athena, who was born last August.

Adorably, the family were dressed in matching red tracksuits for the photo.

More on the Fury family 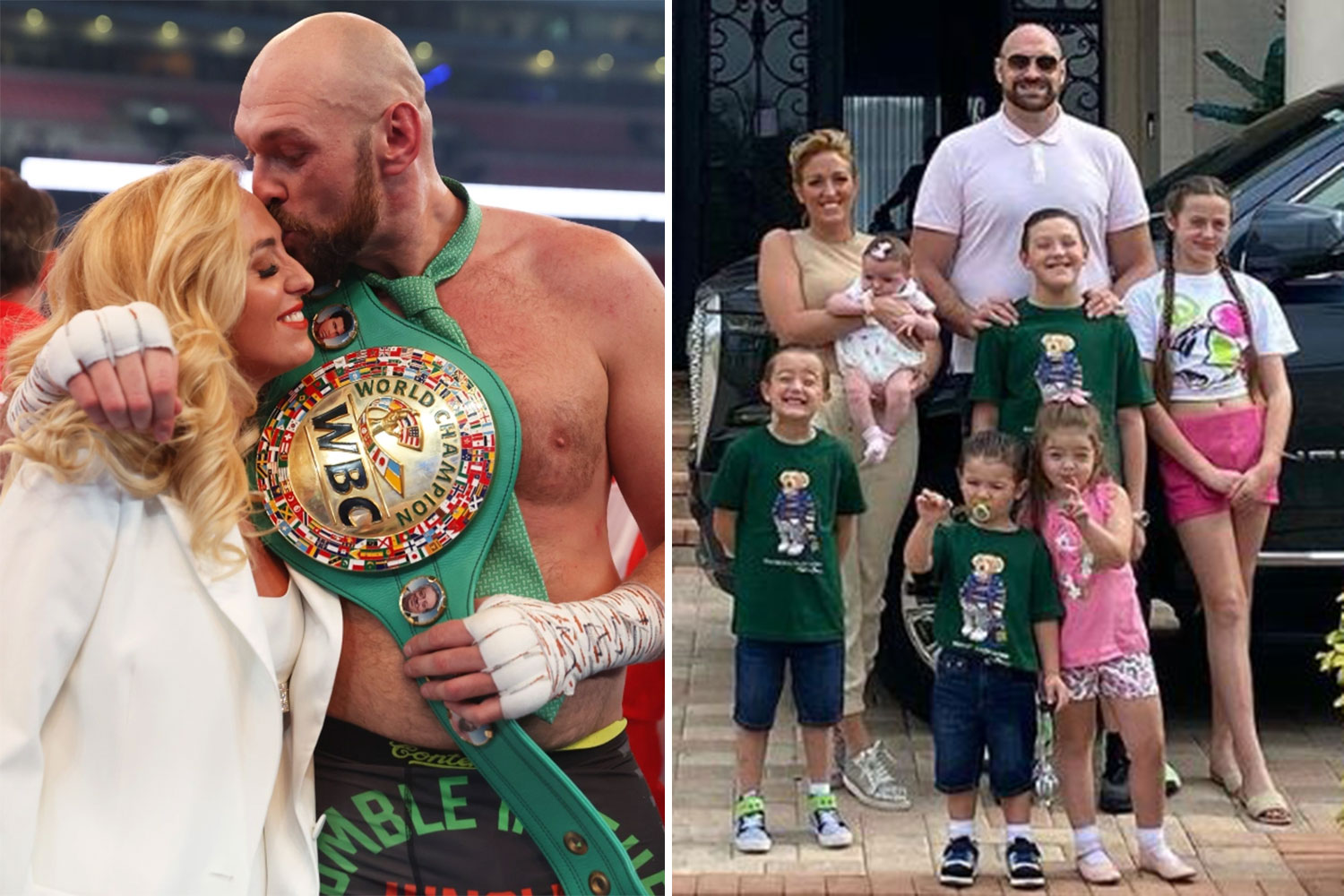 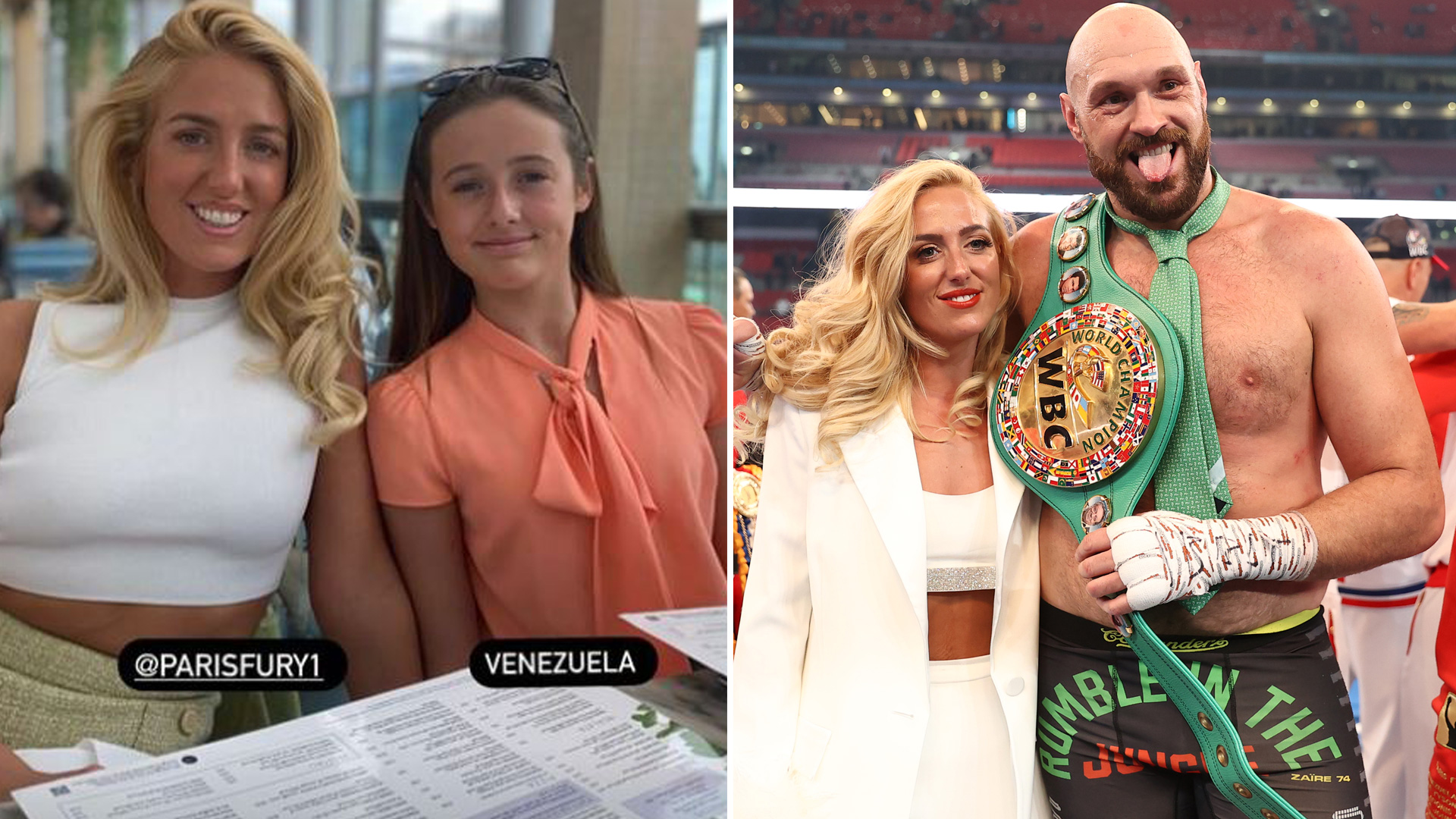 Just hours before Tyson’s latest showdown, Carl Froch appeared to drop the bombshell that the Fury family were expecting again.

Although the family is yet to confirm the news, they have made no secret of their desire to have an even bigger family, with Tyson declaring they want 11 children.

In her book, Love and Fury: The Magic and Mayhem of Life with Tyson, Paris said: "Tyson and I had always intended to carry on the great Traveller tradition and have a big family: three children at the very least, we’d say to each other, maybe even ten if we were lucky."

When asked about having more kids, Tyson told The Daily Mail he wants 11 – enough for a "mixed football team playing on the pitch at Morecambe." 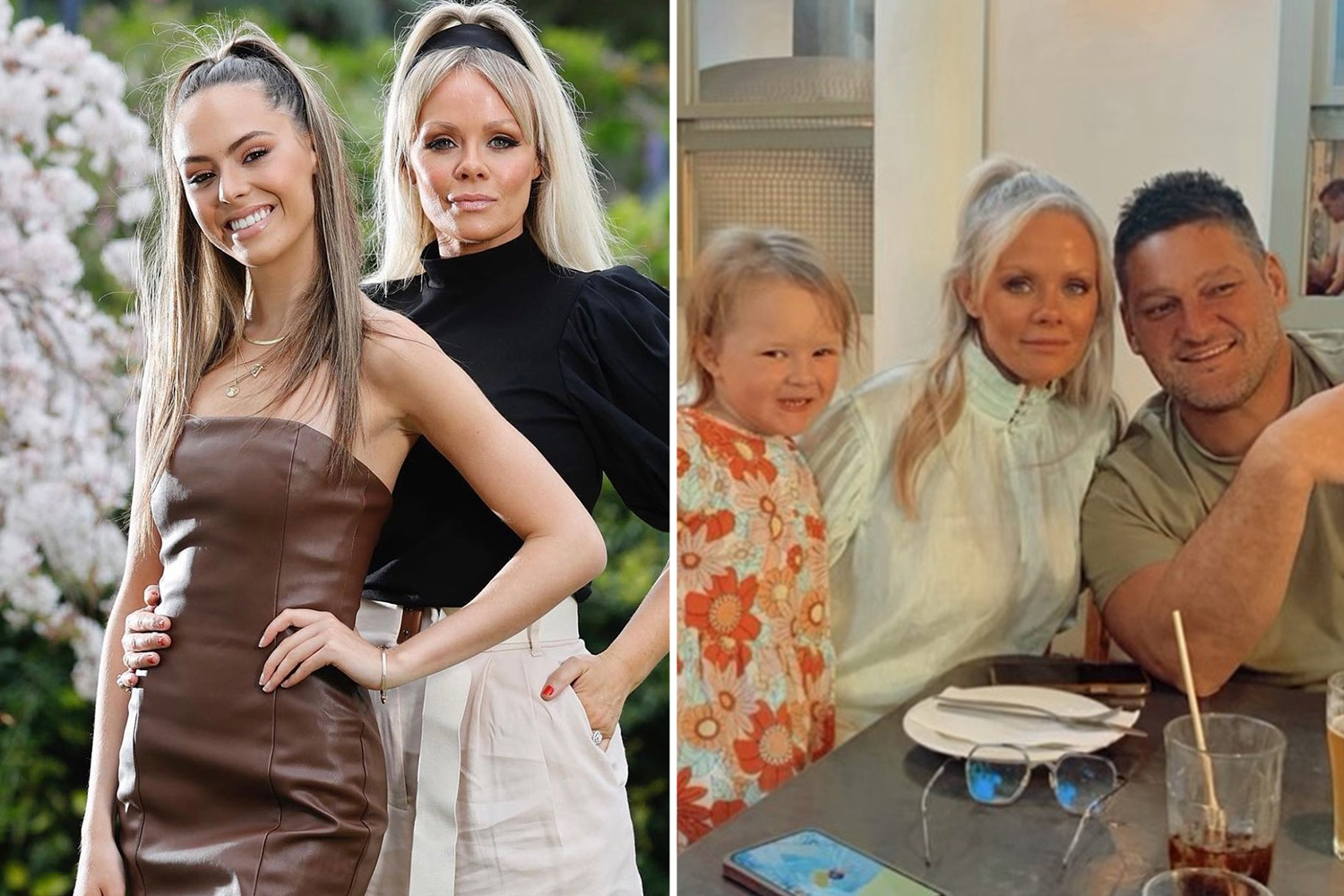 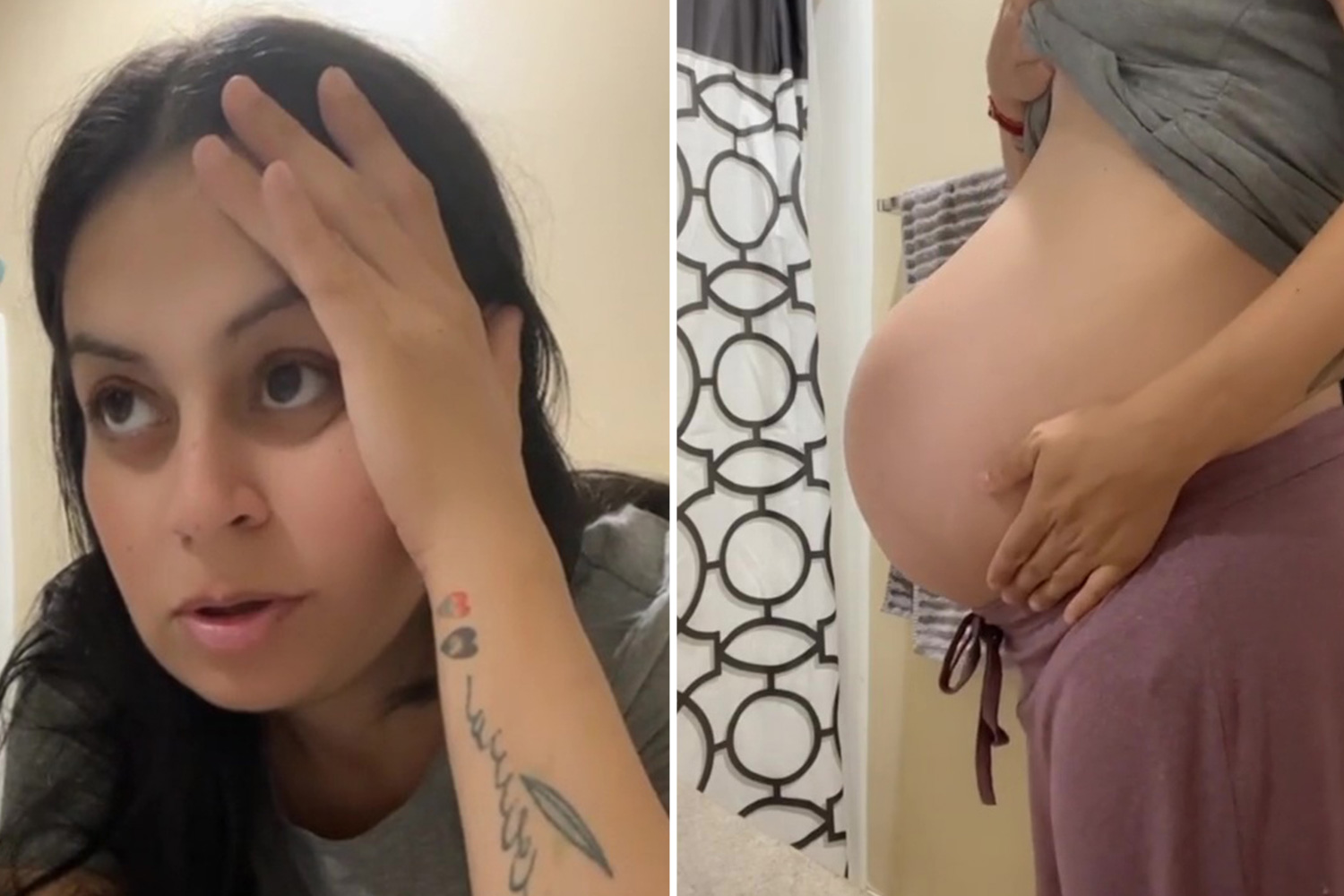 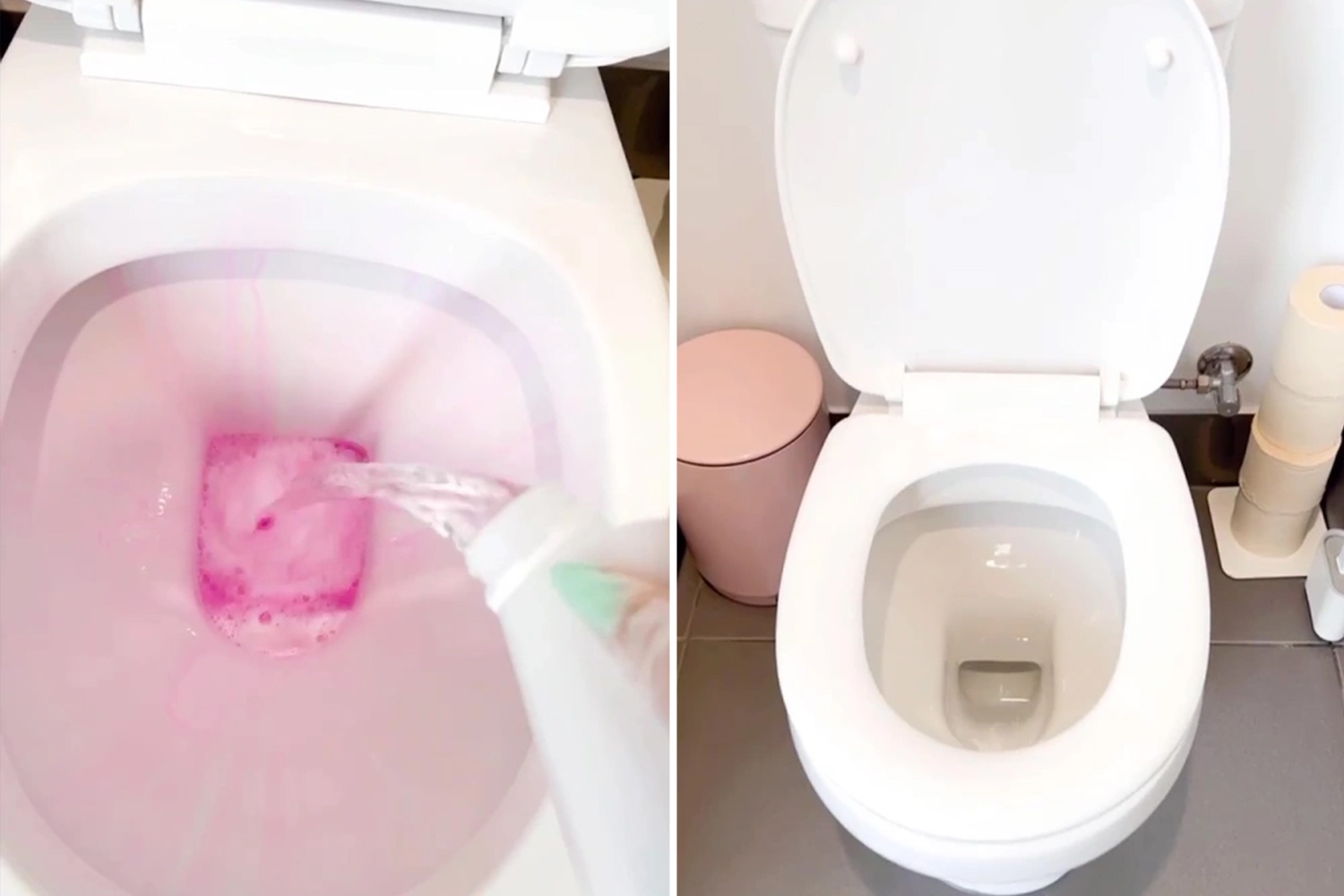 While they've so far been blessed with numerous beautiful children, they have experienced heartbreak on their pregnancy journey.

In 2014, they tragically lost a baby when Paris was five months pregnant with their third child, and she was forced to endure a stillbirth.

Despite being the highest-paid fighter of 2020 with £46million earned, the couple are adamant their kids will be grounded.

The Gypsy King wants his children to grow up working for their fortune and has made sure to normalise their lives as much as possible.

Fury previously said: “For me it's very important to stay close to my grassroots as I've got a lot of kids coming up, I've got five kids, very important for them to know the value of money.

“It's very important for them to know how to earn money.

“So, if they see me splashing out all the time and living a movie stars' lifestyle they grow up thinking that's the only way they can live.

“To earn from a normal job, £200-300-a-week, however much they're going to get, they might think that's no good if they've been spoiled rotten by multi-millionaire parents.” 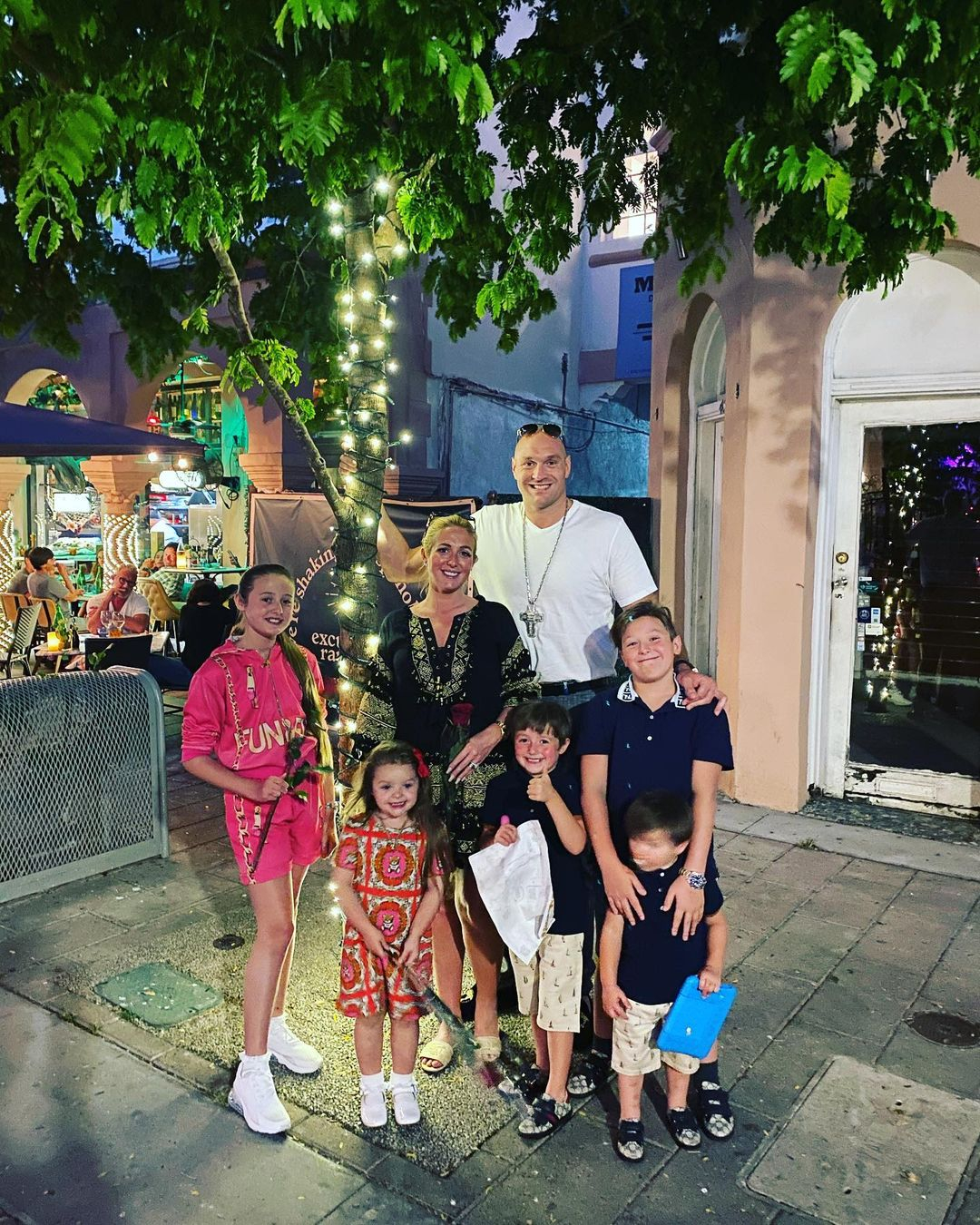 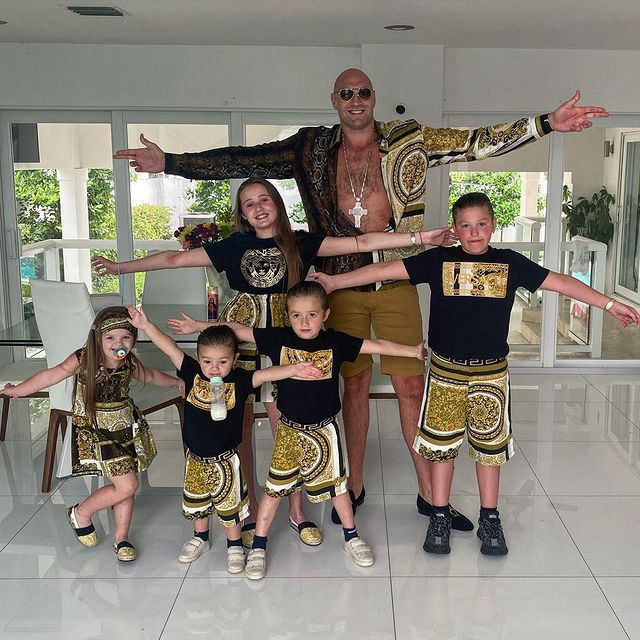